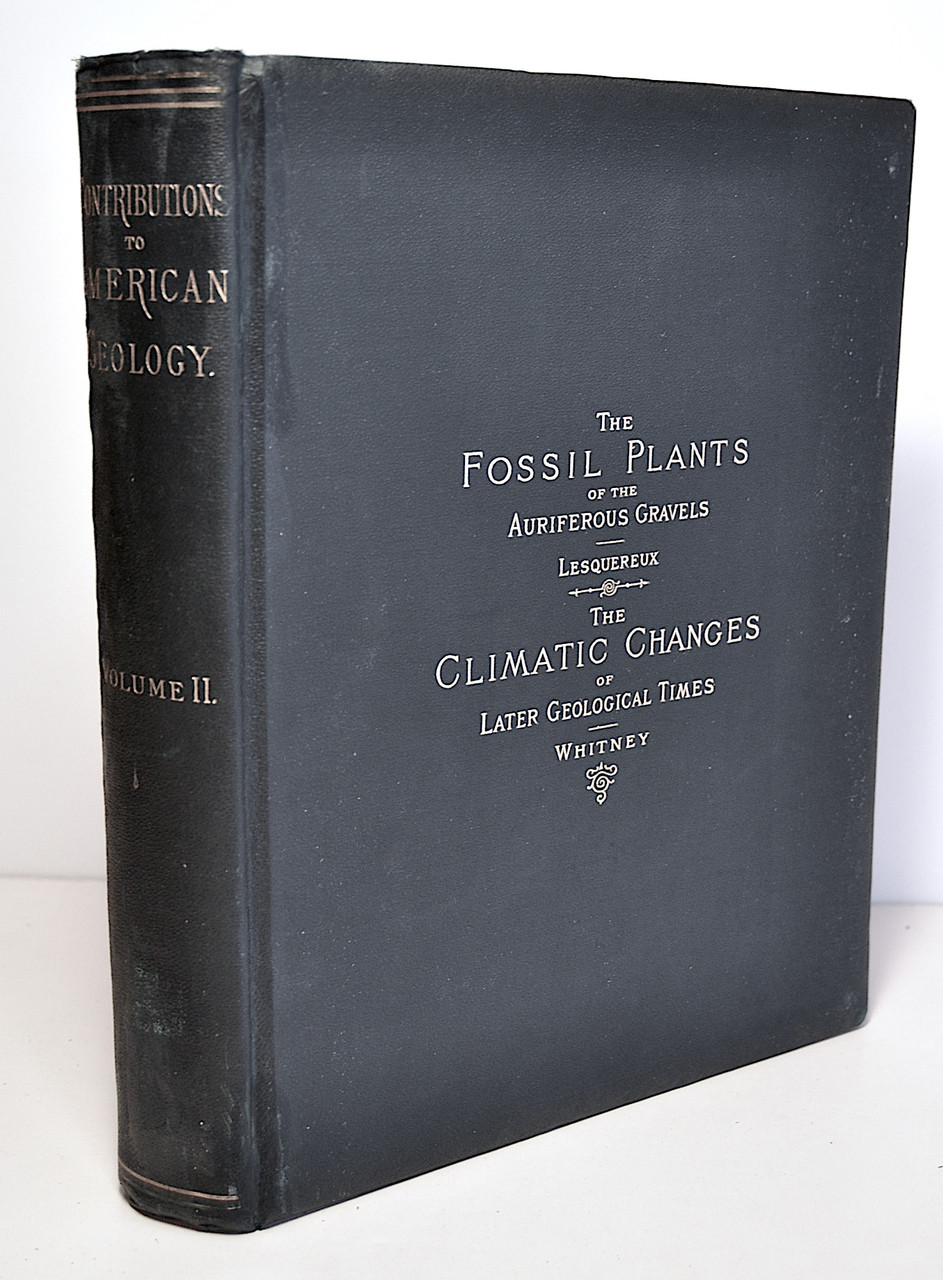 The works complete and in the original green binder’s cloth with gilt titles. The binding is tight with inner hinges tightened and with light scuffing to boards. Text and plates are clean and bright, geology library withdrawal stamp on front paste down. In very good condition.

Leo Lesquereux (1806-1889) was a Swiss paleobotanist. Despite having no formal education in botany, he became famous for his studies in the field of paleobotany.
In 1833 he suffered the complete loss of hearing due to an illness and a childhood injury. Despite his handicap, Lesquereux was to study mosses and the peat bogs in his region and this led to a close friendship with Louis Agassiz. Lesquereux was commissioned by the Prussian government to perform what were to be some of the first pioneering scientific studies of peat bogs throughout Europe and their origins.
In 1848 Lesquereux followed Agassiz, Desor, Guyot and Matile to America where he settled in Columbus, Ohio and continued his studies of mosses.
Based on his past study of peat bogs, Lesquereux developed theories on the origin of coal formations and became a paid consultant for several state geological surveys. His pioneering investigations of Paleozoic flora were to become the standard works in paleobotany. Without a doubt the best was his three volume work “Atlas to the Coal Flora of Pennsylvania and the Carboniferous Formation throughout the United States (1879-1884).
It was his work in the surveys of Kentucky, Arkansas and Indiana that led to his joining Josiah Whitney at the California Geological Survey.
Lesquereux’s detailed study of the Tertiary fossil leaves found in beds in the western Sierra are compliments by his usual finely detailed tinted plates of the specimens.
This paper is followed by Whitney’s pioneering study on climate change. which is still considered a major scientific contribution to glaciations not only in North America but also Greenland. He discusses the glacial and surface geology of the Pacific Coast, former glaciations in the Sierra Nevada, and the warming climates and drying of lakes in the western United States. Whitney then discusses the desiccation of Asian regions and implications for the climate in both North and South America. Whitney devotes part of the work to desiccation, not only as part of a glacial cycle but also due to human activity. Whitney was one of the first scientists to link human activity to desiccation.