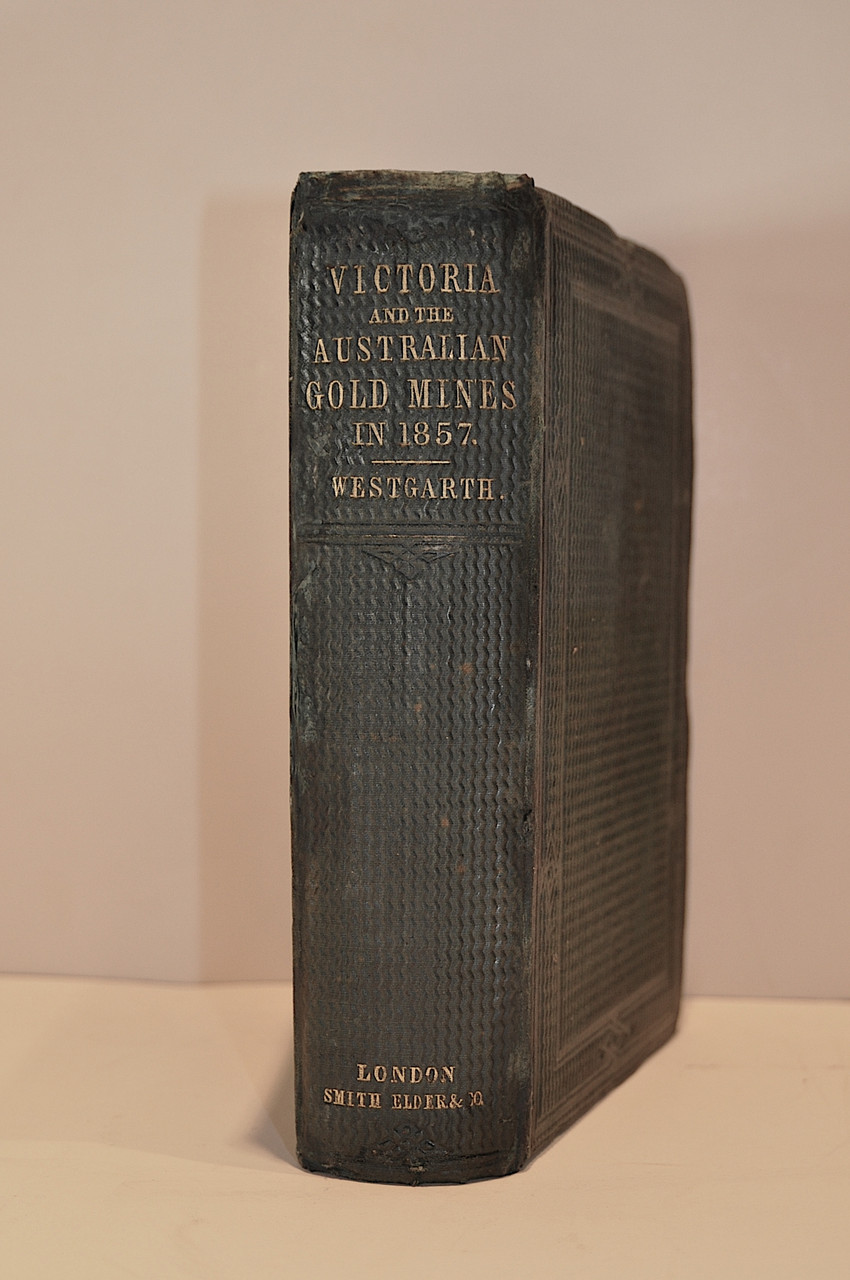 Product Description
Westgarth, William; Victoria And The Australian Gold Mines In 1857; With Notes On The Overland Route From Australia, Via Suez. London: Smith, Elder, And Co., 1857. Octavo,  pp. xvi, 466, [blank leaf] + 16 (ads). 3 maps (2 folding; frontis. partly hand-coloured).
The work is complete and in the original blind-stamped cloth with gilt spine titles. The binding is tight, inner hinges nicely restored, text and plates are clean and bright, contemporary ownership signature on title page and inscribed by the author “with author’s compliments on first blank end sheet. In very good condition.
William Westgarth (1815 – 1889) was a Scottish-born merchant, historian, statistician and a politician in Australia. where he was a member of the New South Wales Legislative Council and, later, the Victorian Legislative Council. Westgarth emigrated to Port Phillip (Victoria) in 1840 and resided there until 1857. He was a prominent figure in the social and political development of Victoria. Westgarth represented Melbourne from 1850 to 1853 in the legislature of New South Wales and in the first legislative Council of Victoria. He was responsible for the passing of the 1852 resolution against the further transportation of convicts to the colony.  In 1857 he went to England, settled in London, and as William Westgarth and Company began business as colonial agents and brokers. He established a reputation as the adviser of various colonial governments floating loans in London, and was continually consulted during the next 30 years. The finding of gold in Victoria, led Westgarth to publish a book on that colony, "Victoria and the Australian Gold Mines in 1857 : with notes on the overland route from Australia, via Suez". An important work on the colony of Victoria by an early settler. Modern historians consider Westgarth to be the "outstanding sociological thinker of the colonies", and "the most perceptive of the early Australian historians”. His wrote four major books on Victoria, each of which were written primarily to provide accurate information on the colony and also to promote the colony to prospective immigrants.