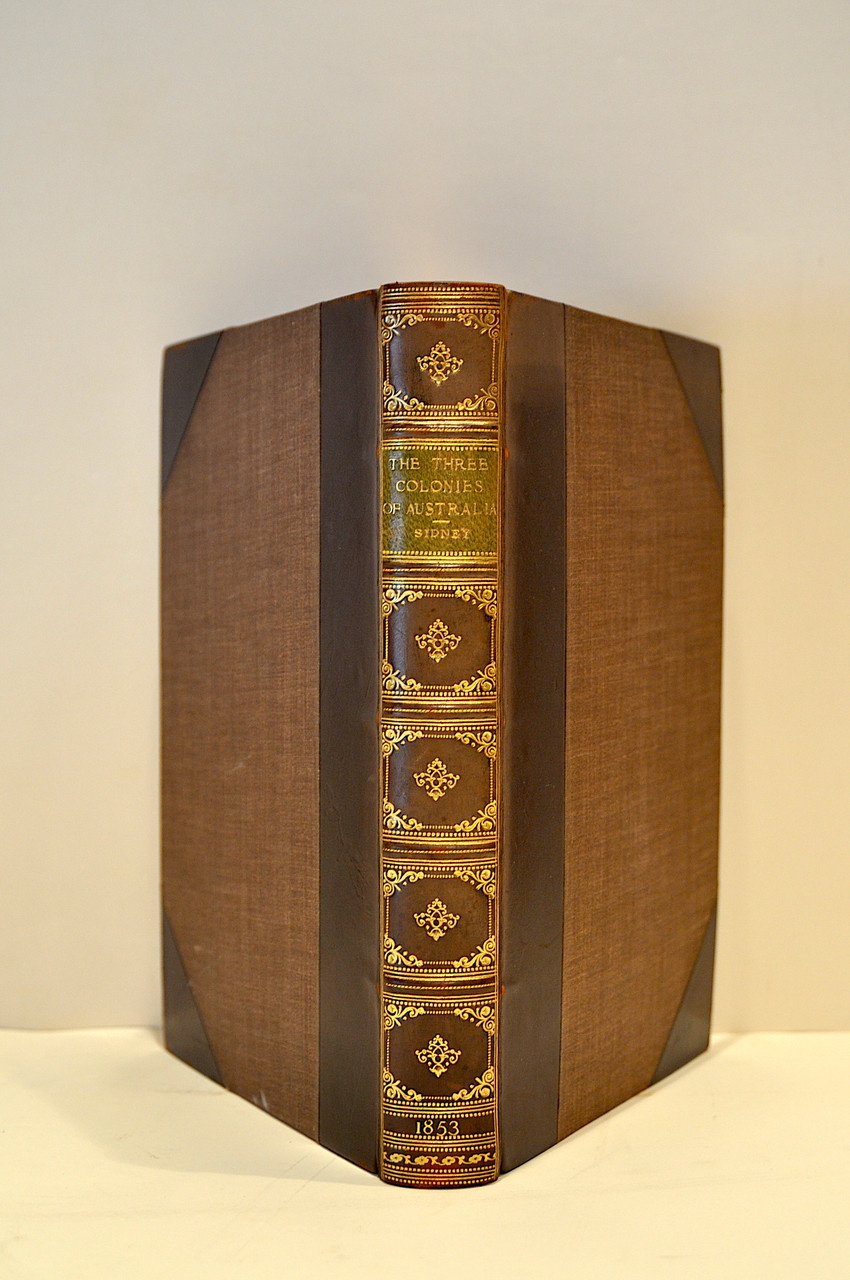 The work is in a half polished calf with ornate gilt spine panels and titles and gilt upper text block edge. Binding is tight and exceptionally clean. Text is clean and bright,  Book plate of Henry L. White on pastedown. In very good+ condition.

Samuel Sidney was the pseudonym of Samuel Solomon (1813 – 1883), an English writer who treated the widely varied fields of agriculture, railways, mining and emigration to Australia. Sidney wrote two works on Australia. With his brother, he wrote the Australian Hand-Book which sold around 7,000 copies. His book The Three Colonies of Australia sold 5,000 copies in its first year, and also had German and American editions. These were considered very good sales for the time and showed the keen interest by the British in Australia and especially the mining industry. Sidney's Three Colonies of Australia is praised for its impressive documentation.