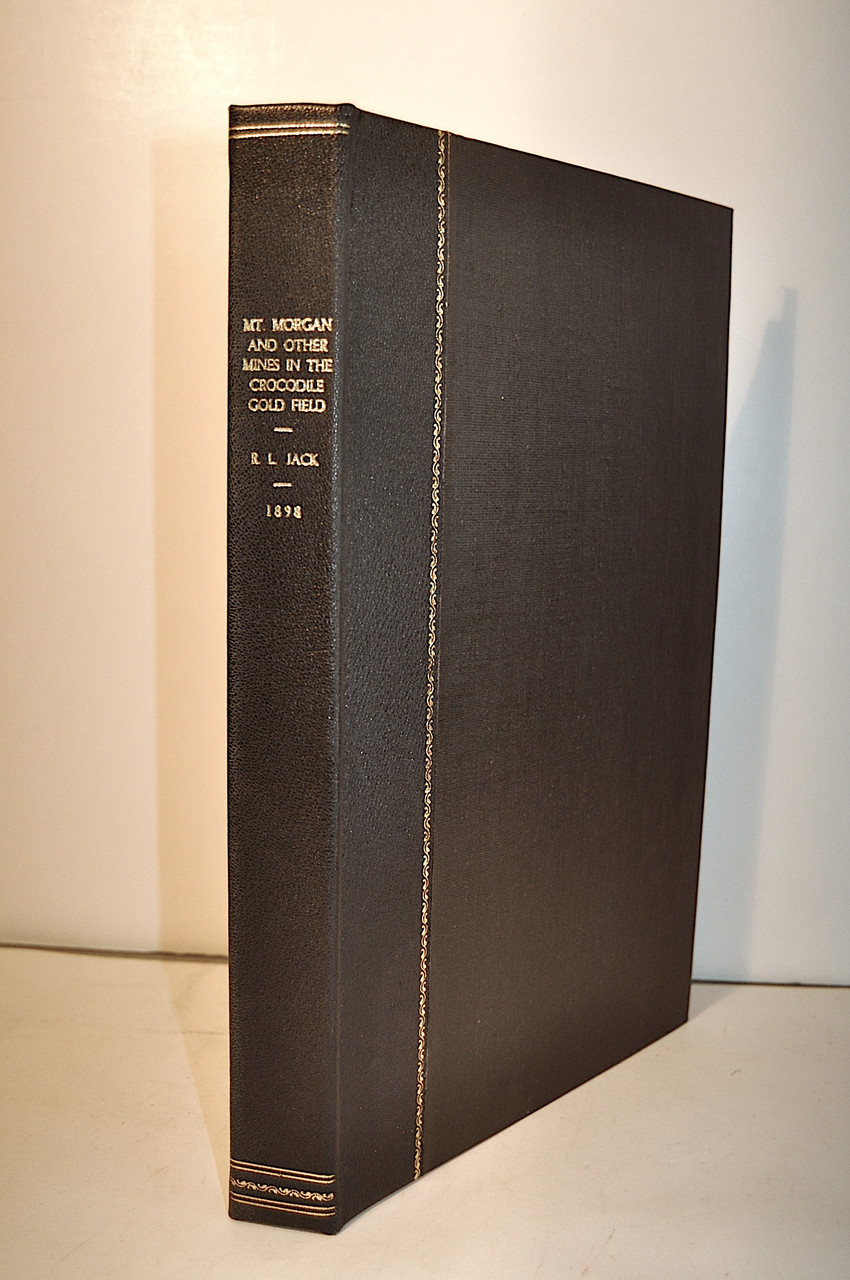 This rare work is complete and in a later half calf and cloth case with gilt ruled border and gilt titles. The text is bound in with the maps in an adjacent slip case. The binding is tight an d very clean, the text has very minor foxing at the lower margin. The maps are clean with old clear tape repairs on the verso of a few folds. Over all in very good condition.

Robert Logan Jack (1845-1921) was a Scottish geologist. He was educated at the University of Edinburgh and spent the first part of his career mapping the coal fields of Scotland. In 1876 Jack was appointed geological surveyor for Northern Queensland and inn 1879 he became the second Queensland Government Geologist. His geological work in Queensland was both extensive and very accurate. Between 1879 and 1913 Jack published several highly detailed geological reports and maps on Queensland’s mining regions. By far his most important work was his mapping and studies of the Crocodile Gold Field which resulted in the above report. This report remains the most complete and comprehensive on that gold field and the one large folded map is considered the most accurate map published. The work is very rare.

The deposits were originally developed by Fred Morgan and his two brothers Tom and Edwin thus the name Mount Morgan. The deposits were originally discovered by a livestock rancher named William Mackinlay but for some unknown reason he never filed a valid claim or title to what was then called Ironstone Mountain. In 1882 the three brothers formed a syndicate to begin mining an treating the orebody and in 1886 formed the Mount Morgan Gold Mining Company (commonly called “The Old Company”. In 1927, due to declining prices, rising costs, fire in the heavily timbered underground workings and subsequent flooding to control the fire, the Company went into voluntary liquidation. In 1929 Mount Morgan Limited was formed and continued until 1968 when Peko Wallsend Limited made a takeover with Mount Morgan becoming a subsidiary. Mining continued until closure of the mine in July 1981. Mined for 99 years, Mount Morgan yielded a total of 225,000 kg of gold, 50,000 kg of silver and 360,000 tonnes of copper; Ironstone Mountain became a very large hole -- 1066 feet (325 metres) deep from the original mountain top.