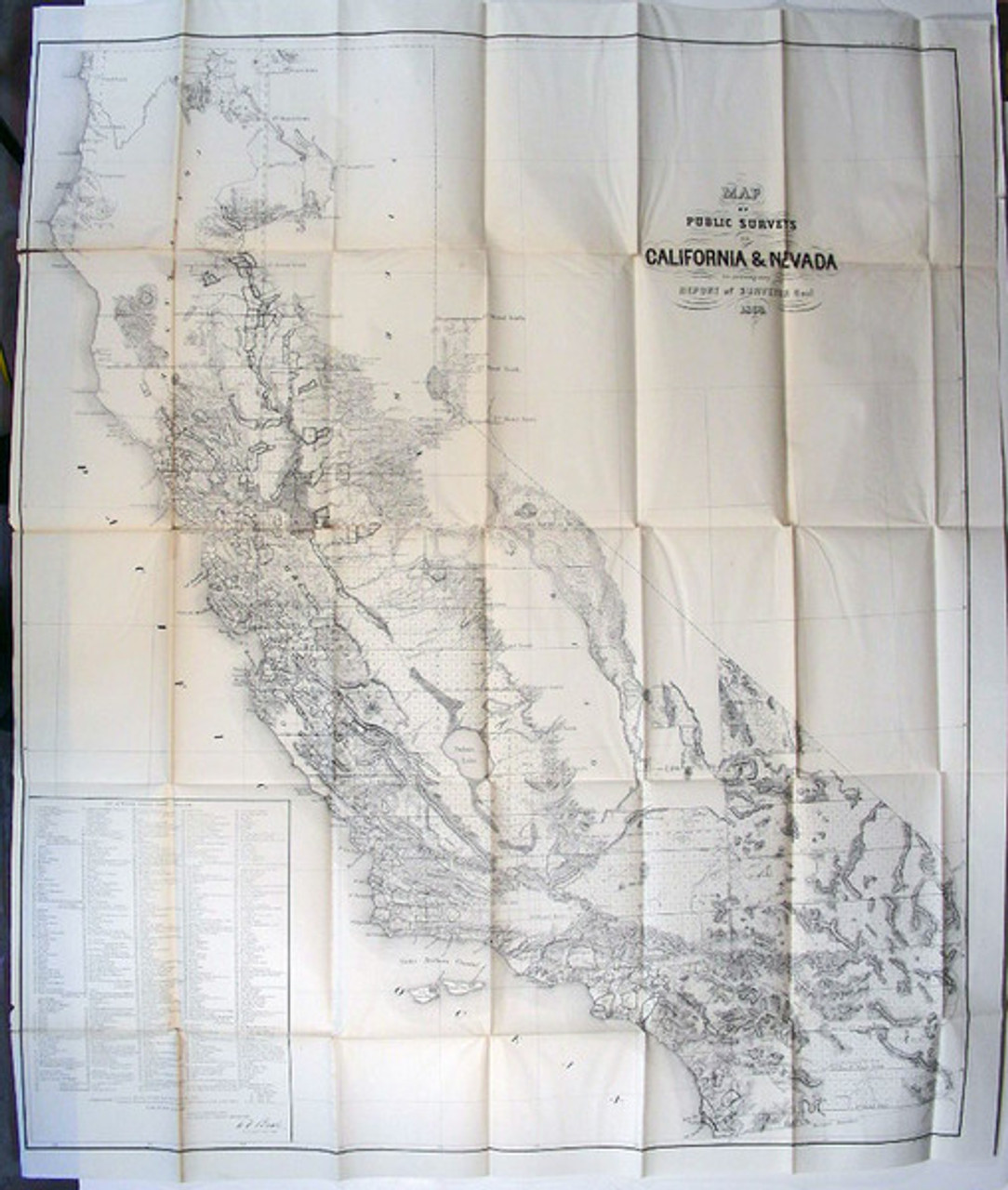 The map is folded as issued, is black and white, wide margins on three sides and narrow on left side as issued. Minor wear to two folds, clean and in very good condition.

The General Land Office had produced eleven issues of this map without color and with variations from 1854 through 1864. The scale is 18 miles to an inch. Only the western portion of Nevada is covered. The map contains a list of private Grants finally surveyed, townships, and Indian Reservations, and lands surveyed and proposed to be surveyed. This list changed with each printing of the map.?The map covers all of California as well as the western parts of Nevada near Lake Tahoe and Carson City. A list of 438 'Private Grants Finally Surveyed' appears in the lower left quadrant numerically listed and identified on the map. The list refers to Spanish-Mexican land grants throughout California. The map is intended by the U.S. Government to certify and formally recognize these grants, including lands granted to the Church around the various missions as well as private grants. Lakes are identified including Tulare Lake which at that time was the largest freshwater lake in North America, and has since been drained for use as irrigation and municipal water supplies. Topography is rendered in hachure.?The map was compiled by E. F. Beale, Surveyor General, and engraved and lithographed by Jospeh Bien of 24 Vesey Street, New York.