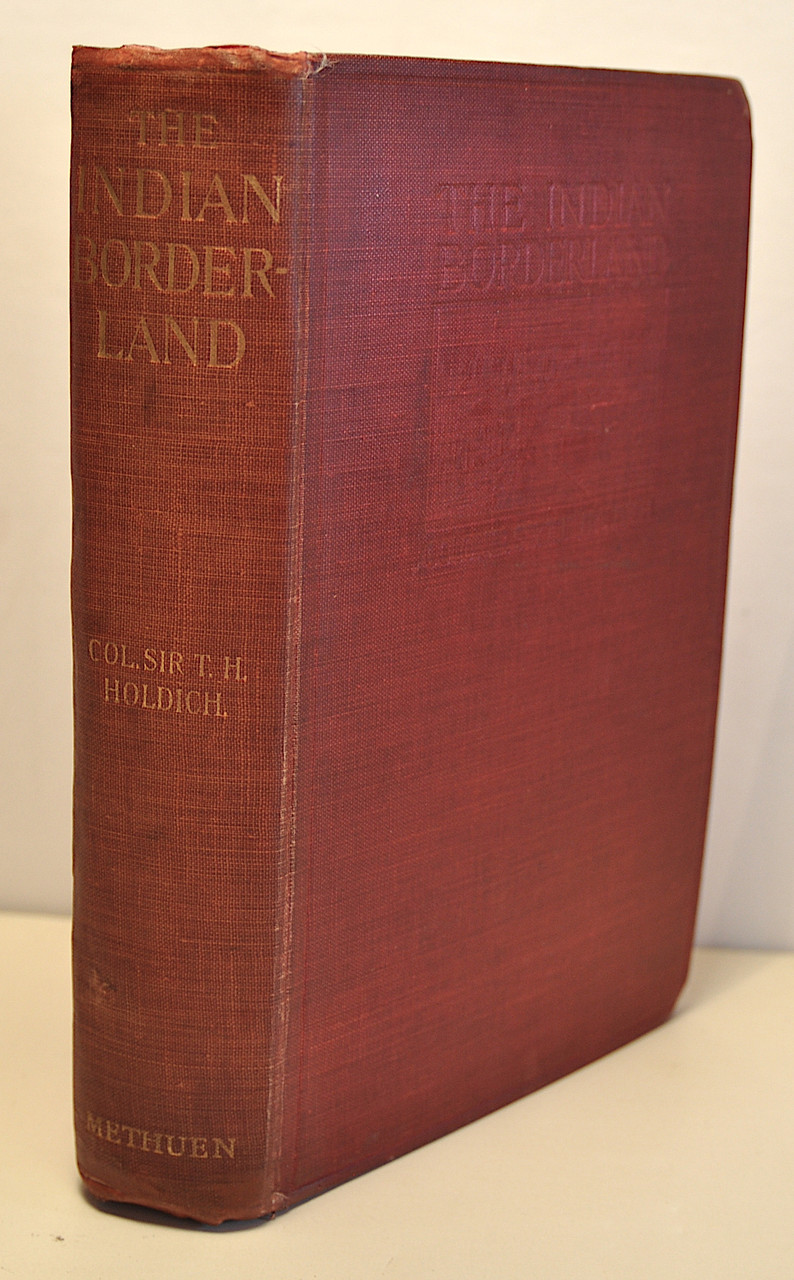 Product Description
Holdich, Colonel Sir T. Hungerford; The Indian Borderland 1880-1900. 2nd edition, Methuen and Co. London, 1909. Octavo, pp. x, 402, frontispiece, 21 additional illustrations,  two folded maps (one colored in outline).
The work is complete and in the original red cloth with gilt spine titles, stamped vignette on cover. The binding is tight and clean with light spine fading, text is very clean, short tear to edge of one map has early tape repair. In very good condition.
Sir Thomas Hungerford Holdich (1843-1929) was an English geographer and is best remembered as Superintendent of Frontier Surveys in British India. He served on a number of boundary commissions including the one on Afghanistan that settled the country's border with British India in 1884-6. In 1887 he received the Gold Medal of the Royal Geographical Society for his work on the Afghan frontier.  Holdich was also invited by the governments of Argentina and Chile in 1892 to define their boundary along the Andes Mountains. His work "The Indian Borderlands"  provides a short history of Afghanistan.There are several chapters on the Russo Afghan Boundary
Commission, also material on the Pamirs and Baluchistan. Holdich describes the geography and border disputes of the north-west frontier, including the Second Anglo-Afghan War, in which Holdich himself fought.