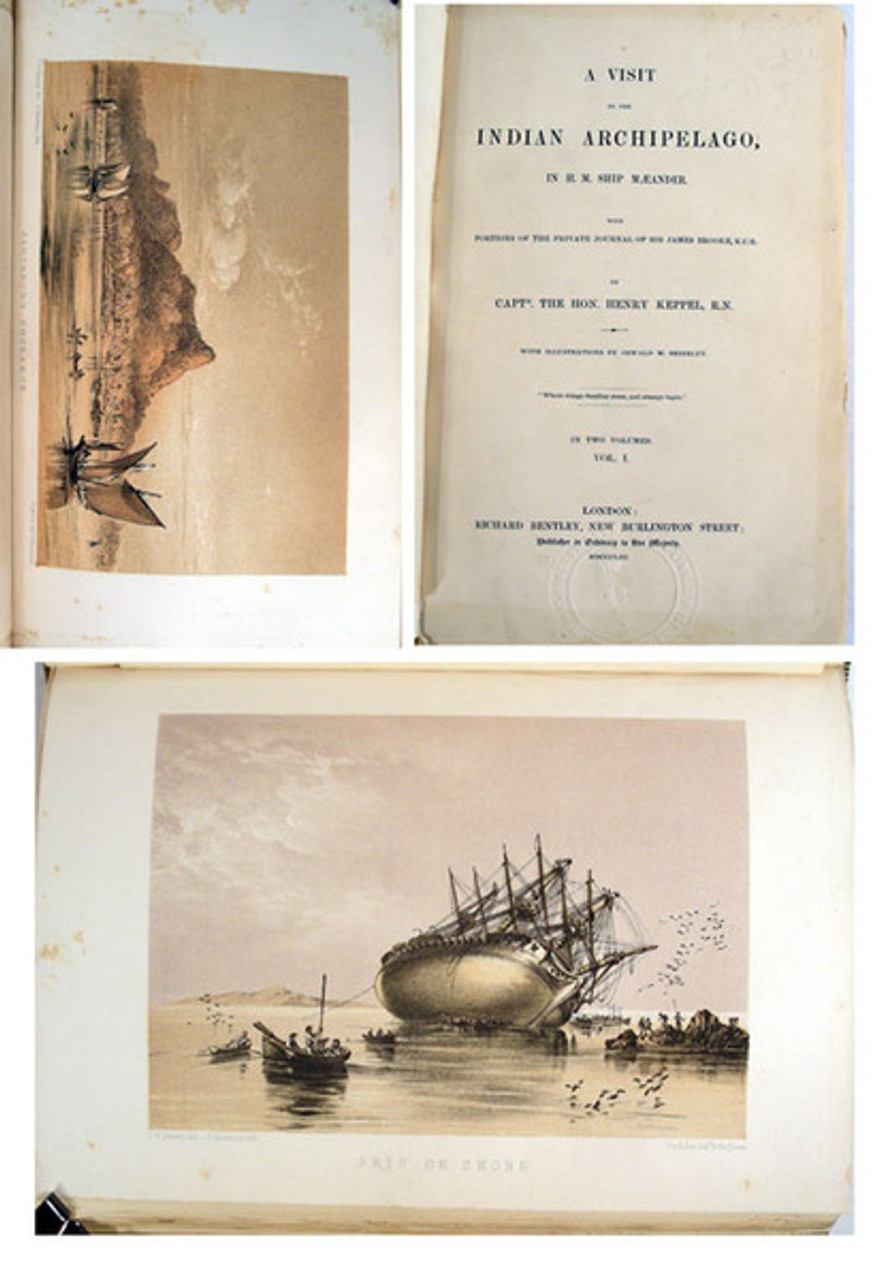 Sir Henry Keppel (1809-1904) was a British admiral and son of the 4th earl of Albemarle and his wife Elizabeth, daughter of Lord de Clifford. He attended the naval academy of Portsmouth and entered the navy in 1822 and became a lieutenant in 1829 and commander in 1833. In 1837 he was promoted captain, and appointed in 1841 to the head to China with orders to defeat the Malaysian pirates who plagued the South China seas and British shipping.. He repeated this service again in 1847, when in command of H.M.S. " Maeander." His first hand narrative of the second voyage is superb and provides a detailed narrative of travel within S.E. Asia, and the S. China seas, Hong Kong, Macao, Singapore &c. The Meander visited not only Brunei but also Port Essington, Cape York, New Guinea, New Britain, New Ireland, Sydney, Ho- bart Town, Norfolk Island, etc., and the work includes an account of the natives of Northern Australia. Capt. Keppel was instructed to take James Brooke from England to Labuan in 1847 where Brooke was appointed Governor of the new colony. Keppel also accompanied Brooke to N. Borneo and the Philippines and this account covers an important period in the history of British Borneo. Includes a reprint of Brooke's journals from Labuan & Sarawak and also an account of the natives of Australia. The illustrator Oswald Brierly (1817-1894) was a leading marine painter, and he had also studied naval architecture. He sailed on numerous expeditions including the Rattlesnake voyage surveying the Barrier Reef, with Benjamin Boyd on the 'Wanderer', and on the 'Galatea' with the Duke of Edinburgh in 1867. Brierly joined Henry Keppel on H.M.S. Mæander after his voyage on the Rattlesnake and visited New Zealand, Tahiti and South America, returning to England in July 1851.