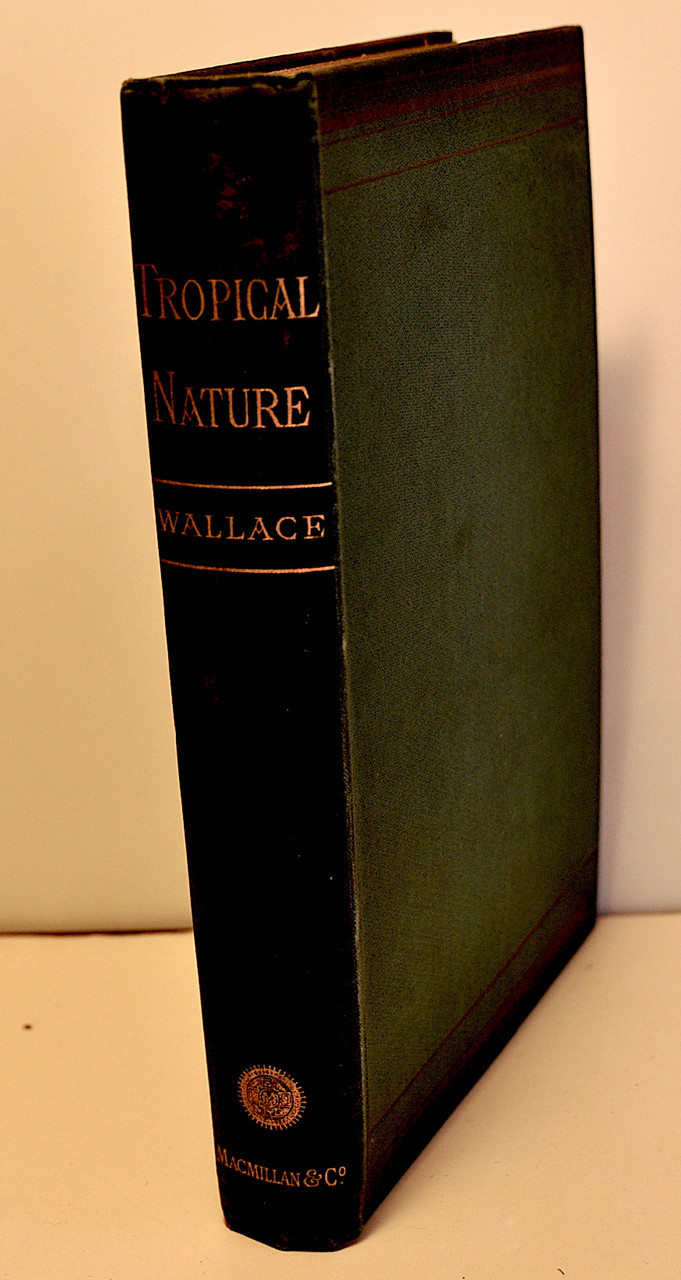 The work is complete and in the original publisher s green cloth with black panel lines on the front and rear covers and with gilt lettering on the spine. The binding is tight and exceptionally clean with bright gilt titles. The text is very clean and bright with owner’s penned name on title page. In very good to near fine condition.

Alfred Russel Wallace (1823-1913) was a noted English naturalist, explorer, evolutionist, geographer, anthropologist nd one of the 19th century’s leading experts on the geographical distribution of animal species.  Most scholars consider the the co-discoverer with Charles Darwin of the theory of evolution and natural selection. Wallace is best known for independently conceiving the theory of evolution through natural selection; his paper on the subject was jointly published with some of Charles Darwin's writings in 1858. His pioneering work on what would become evolutionary biogeography led to his being recognized as that subject’s ‘father’.
His work Tropical Nature is one of the rarer Wallace titles and it was later published again in a combined edition in 1891 entitled "Natural Selection and Tropical Nature