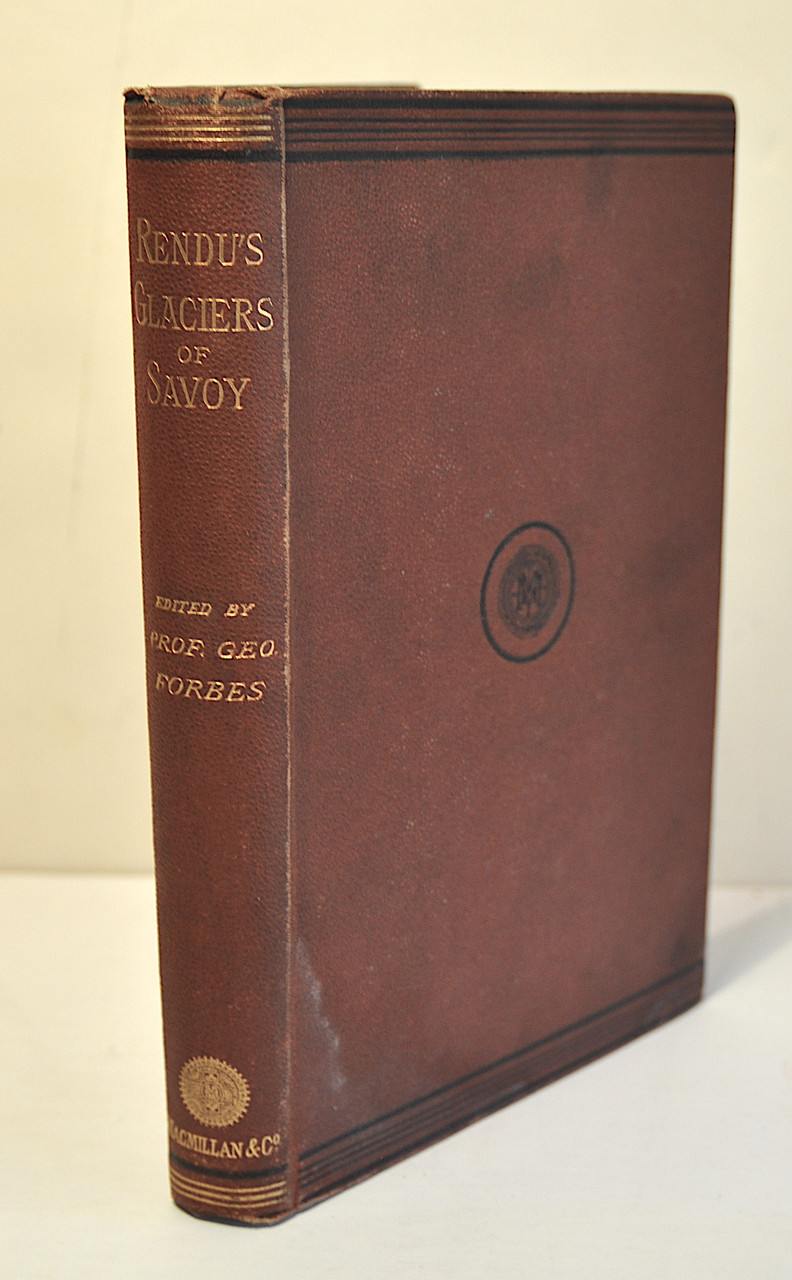 Product Description
Le Chanoine Rendu, Louis; Theory of the Glaciers of Savoy. MacMillan, London 1874. Octavo, pp. 26, plus 65 pages of ads, numerous text illustrations. Title page also in French facsimile of original from 1840 edition. Text is in both English on the upper half of page, (Alfred Willis translator) and original French on lower half of page.
The work is complete and in the original brown pebbled cloth with gilt spine titles. The binding is tight and very clean with minor wear to edges, text is very clean. In very good condition.
Louis Le Chanoine Rendu (1789-1859) was a French geologist and church Canon before becoming Bishop of Annecy. He had a keen interest in glaciers and was the first to observe and describe how the middle of glaciers moved faster then the sides with a motion similar to rivers. Hee described this plasticity and ductile behavior in his 1840 work 'Theorie des Glaciers’. The publication of his original work ignited a controversy between the Irish physicist John Tyndall (1820-1893) and the Scottish glaciologist James Forbes (1809-1868). Tyndall accused Forbes of not properly acknowledging the achievements of Rendu’s studies on glaciers. James Forbes son George Forbes attempted to defend his father by offering full account of the debate in the English translation of Rendu’s 1840 work. He was aided with the translation by the President of the Alpine Mountain Club, Alfred Willis (1828-1912).