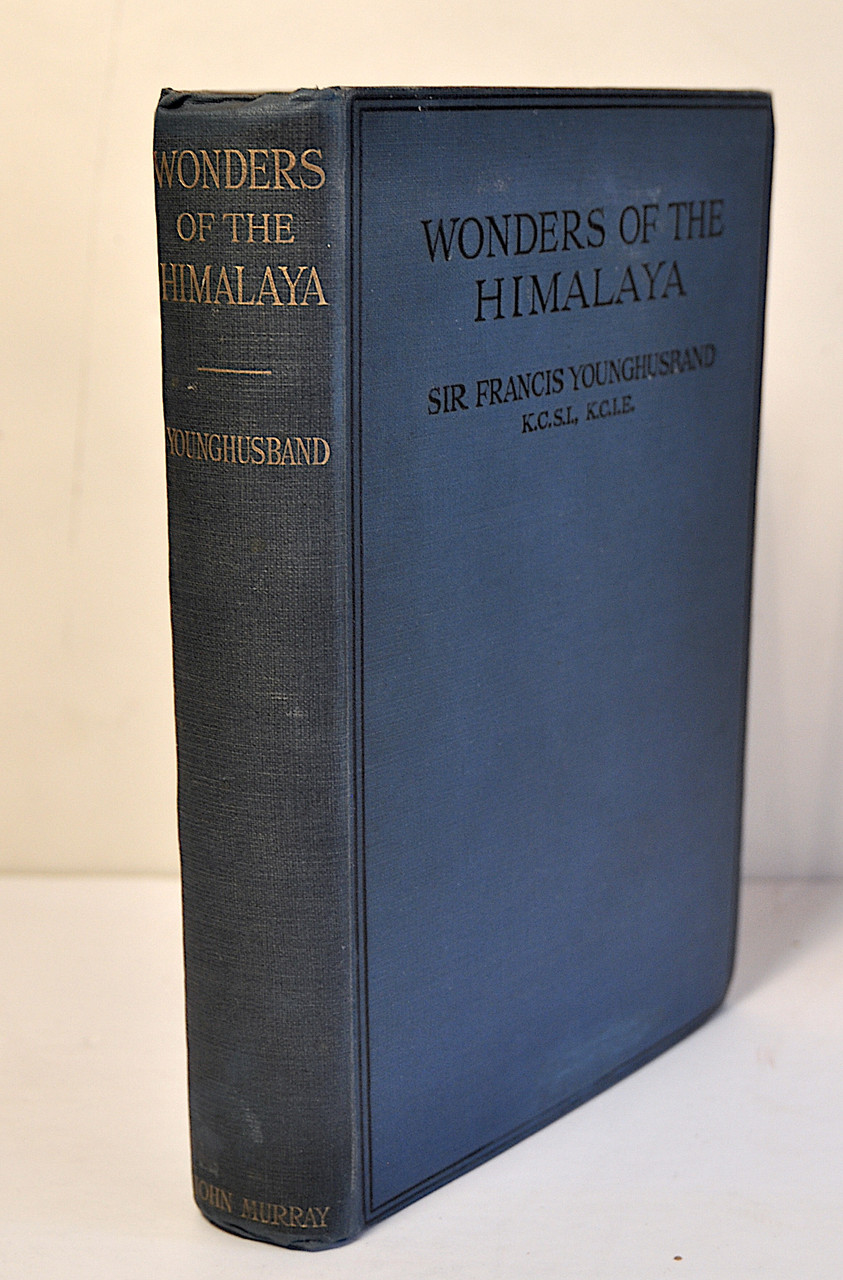 Product Description
Younghusband, Sir Francis Edward; Wonders of the Himalaya. 1st edition, London, John Murray, 1924. Octavo, pp. half title, title, 210, 4 pages ads, frontispiece (Mustagh Pass), 1 map of route.
The book is complete and in the original blue cloth with gilt spine titles and darker blue cover titles, ruled edges. The binding is tight and clean, text is very clean, prize award book plate on paste down. In very good condition.
Francis Edward Younghusband (1863-1942) was a British army officer, and geographical researcher. He left his mark on mountains and mountaineering in more ways than one. His travels in northern India and Tibet led to major advancements in our geographical knowledge of that region and especially to the mountainous areas.
In 1886-87 he crossed Central Asia from Beijing to Yarkand  in what is now the Uygur Region of Xinjiang, China, and continued on to India by way of Mustagh Pass in the shadow of K2 in the Karakoram mountains. He was the first European to cross through the  Mustagh Pass. During this trek he proved the Karakoram range to be the water divide between India and Turkistan. It was by orders that he was to attempt to cross Mustagh Pass. This route, rising to 17,638-feet, was believed to offer a timesaving alternative to continuing around the massive Karakoram Range beyond its western edge. Rather then risk an entire command He made the attempt with just four companions. The group passed by K2, crossed the Baltoro Glacier; the largest known mountain glacier, and after sending their livestock back to a village, they made the remainder of the trek on foot. It is this trek that Younghusband writes of in “Wonders of the Himalayas”. In 1890 his epic trips were to earn Younghusband the gold medal of the Royal Geographical Society.
But unlike better-known figures such as Edmund Hillary and John Muir, Younghusband's name is mostly lost to history because of  of one incident. That incident was his participation in the nightmarish invasion of Tibet and the problematic legacy of colonialism. He will always be tied to the tragic 1903 military diplomatic mission to Lhasa that ultimately left 2,700 Tibetans dead.