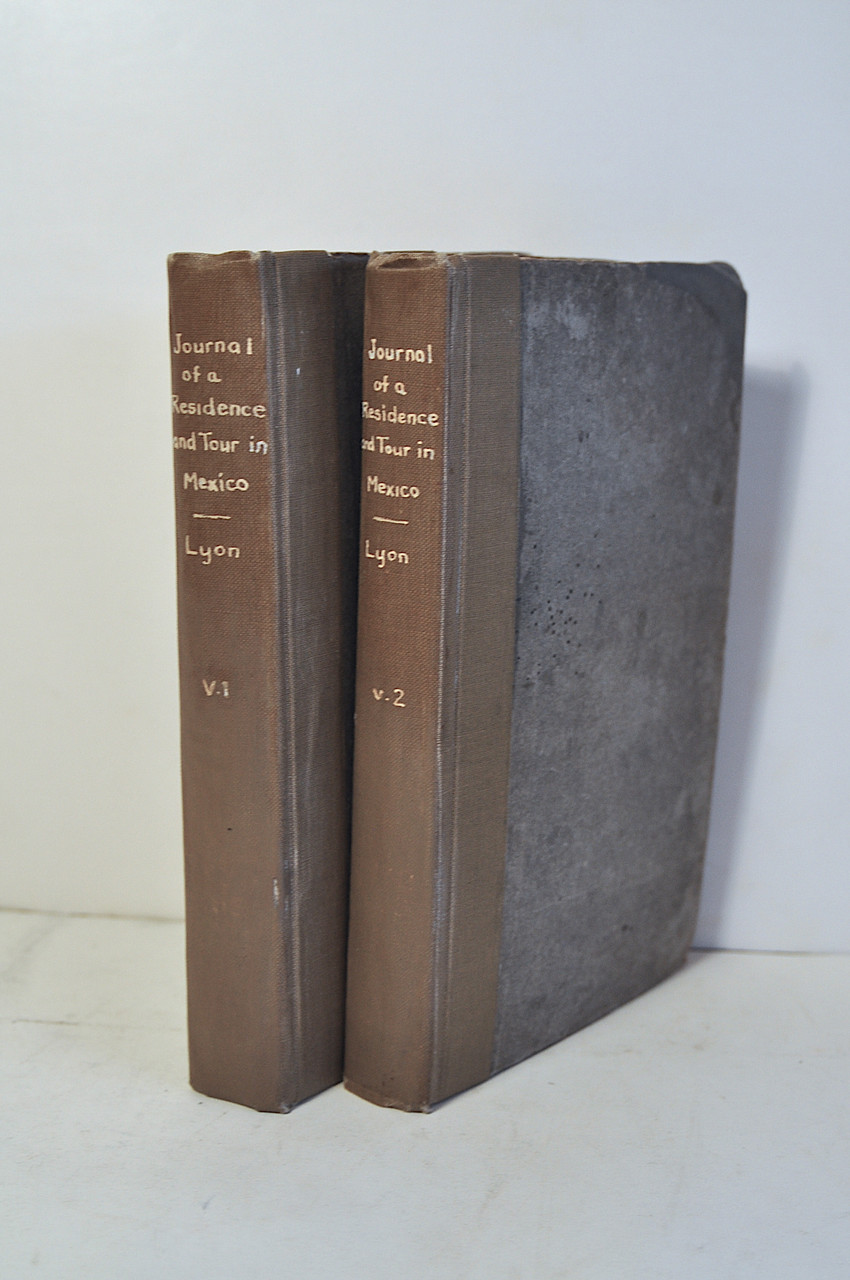 Product Description
Lyon, George F.; Journal of a Residence and Tour in the Republic of Mexico in the Year 1826. With Some Account of the mines of that Country.London: John Murray, 1828. 1st ed. Octavo, vol. 1. pp. viii, 323; vol. 2, pp. iv, 304.
The two volume set is complete and in the original binders boards with a later cloth spine and penned spine titles. The bindings are tight, boards rubbed, the contents are untrimmed, text bright and clean. In very good condition.
George Lyon (1795-1832) was an English traveler, born in Chichester, England, in 1795; died at sea in October, 1832. Captain Lyon left England in 1826 as a commissioner for the Real del Monte Mining Company which had mining interests in Mexico. He wrote extensively on his observations in Mexico and his notes were published as this two volume set which recounts his 8 months in Mexico with notes on mining, Indians, flora, and fauna. His published work provides a wealth of detail on mining, the various mines and mineral deposits and mining revenues as well as observations on social and economic conditions within Mexico.

Dicker’s Mining Record, and Guide to the Gold Mines of Victoria; showing the Bearings, Depths, Thicknesses, Dips, and Underlies of the Auriferous Lodes...1861-1867