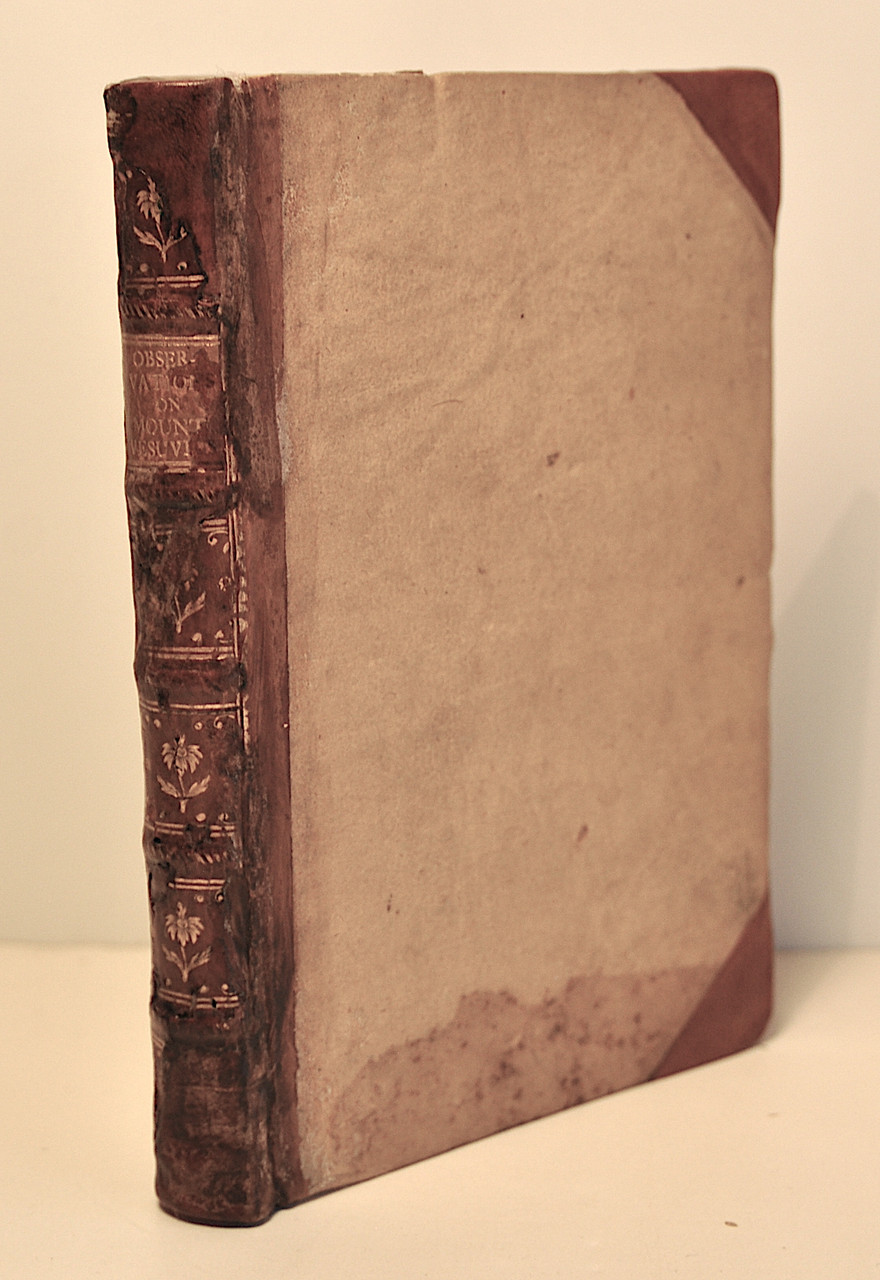 Product Description
Hamilton, Sir William; Observations On Mount Vesuvius, Mount Etna, And Other Volcanos: In  A Series Of Letters,  Addressed To The Royal Society, From the Honourable Sir W. Hamilton, K.B.F.R.S. His Majesty's Envoy Extraordinary and Pirnipotentlary at the Court of Naples. To which is added, Explanatory Notes by the Author, hitherto unpublished. The Second Edition. London, Printed for T. Cadell, in The Strand. MDCCLXXIII. Octavo, pp. iv, 179, 1, folded engraved map and five engraved plates.
The work is complete and in a contemporary half calf over tan boards with gilt spine panels and titles, pale red text block edges. Scuffing to binding and spine with a light stain on the lower portion of the front board. The text, map and plates are bright and clean. In very good condition.
Hamilton (1730-1803) was a British diplomat, archeologist and collector of artifacts and amateur geologist. He explored and studied the geology and mineralogy of the volcanoes of Etna and Vesuvius and the surrounding regions as well as the volcanic regions in Asia Minor and the extinct volcanoes in the Rhineland region. Hamilton recorded his observations and sent them in a series of letters to the Royal Society. These observations were also published in his "Observations On Mount Vesuvius, Mount Etna, And Other Volcanos” which was first published in 1772 and added to in the second edition of 1773.

Calkins, F.C. and B. S. Butler; Geology and Ore Deposits of the Cottonwood-American Fork Area, Utah. 1943