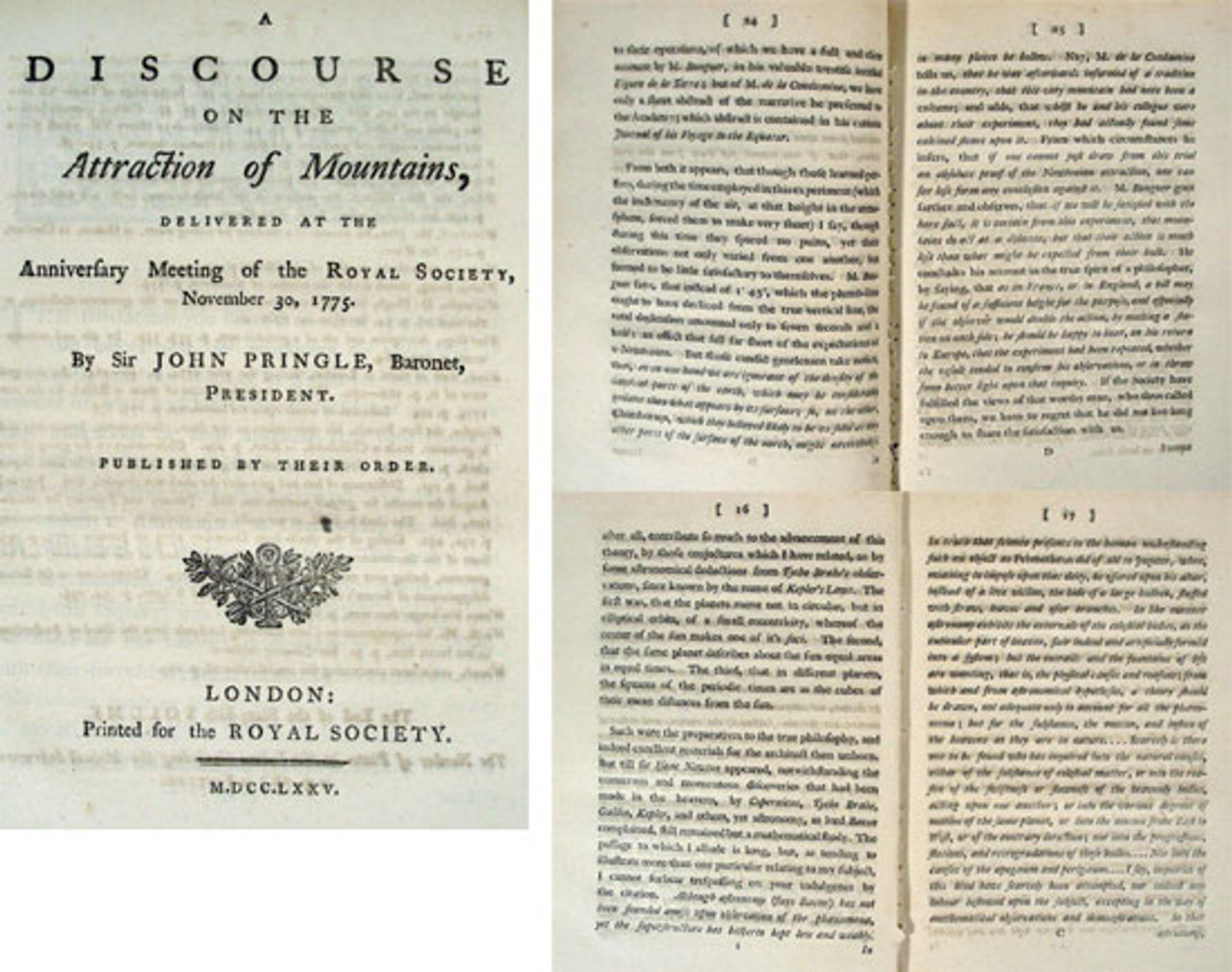 The work is complete and in a modern archival folder. The binding is tight, the text is very clean. A very rare work in very good condition.

A noted physician; John Pringle (1707-1782) wrote several short works on earthquakes, mountains and gravity. He was born at Stitchel House, studied at St. Andrews University, returned to Edinburgh and soon rose to prominence, to become physician-general to the Armies of the Low Countires in 1745. By this time he had moved to London and in 1745 was also elected to the Royal Society of London. His interests spanned all areas of medicine and science and he wrote several important studies on diseases within the army, and also diseases found within cities. He also wrote on earthquakes, gravitation, astronomy and mountains. In 1772 he was elected President of the Royal Society and in that capacity gave the read his discouse on mountains and the affect of mountain ranges on gravitation at the Aniversary Meeting of the Royal Society in 1775.