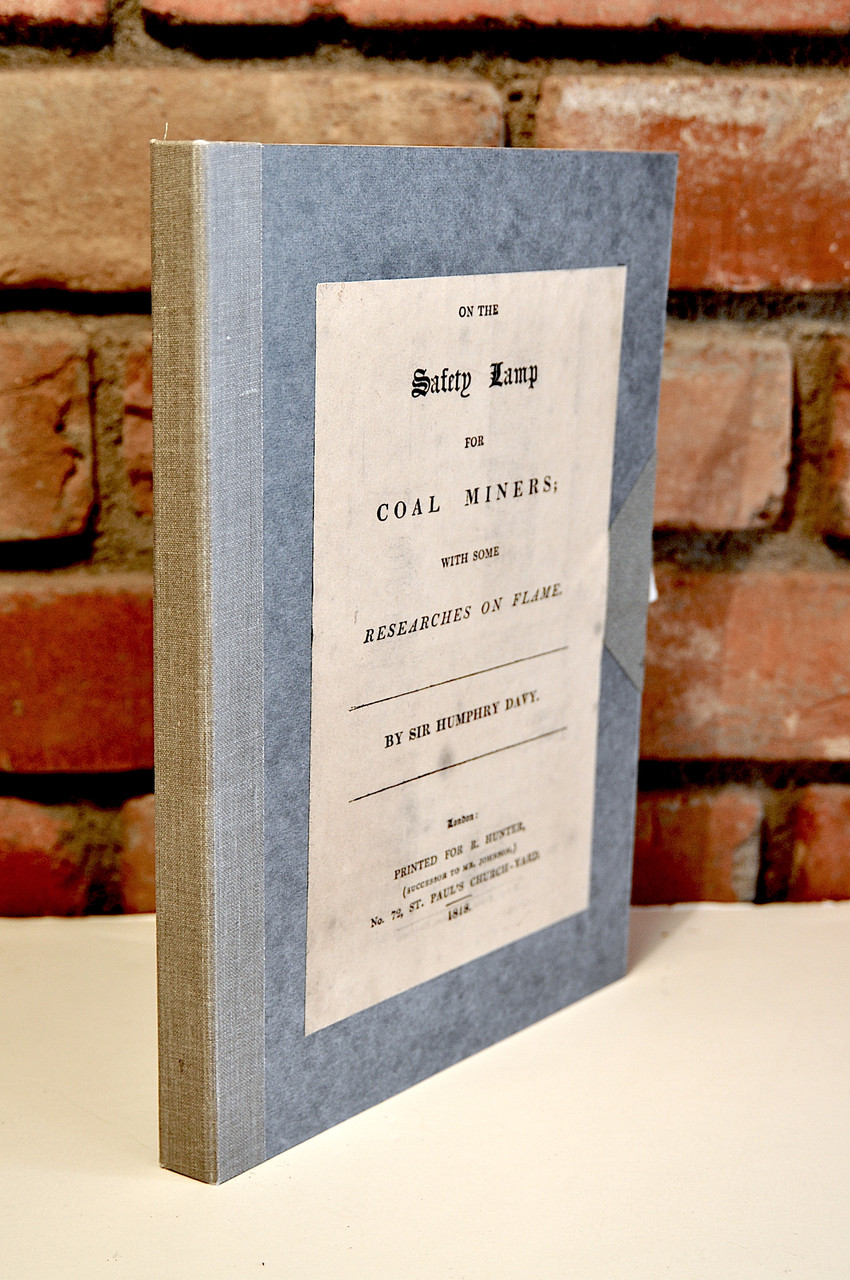 Product Description
Davy, Sir Humphrey; On the Safety Lamp for Coal Miners, with Some Research on Flame. R. Hunter, London, 1818. Octavo, pp. half title, title, 148, folded plate.
The work is complete and in the original stiff pale blue wraps, and housed in a modern archival folder with tie. The archival folder is in fine condition with title on cover. The original binding has wear to the boards, lower edge of front corner repaired and spine with archival restoration. The text is clean, light stain to lower margin of plate and last text page,  first free end sheet missing, text is clean, rear end sheet browned with MIT pastedown denoting rules for use of work. Overall still a very good copy of a rare work.
Sir Humphry Davy (1778-1829) was an English chemist who discovered several chemical elements; including sodium and potassium and compounds. He also invented the miner’s safety lamp, and became one of the leading exponents of his time in the use of scientific method. He used electricity to isolate a series of elements for the first time. These were potassium and sodium in 1807 and calcium, strontium, barium, magnesium and boron in 1808. The method used in these discoveries led to the field of electrochemistry. Davys had corresponded with Dr. Robert Gray of Sunderland, the founder of the Society for Preventing Accidents in Coal Mines. Gray had suggested that Davy might use his wealth of chemical knowledge to address the issue of mining explosions caused by “Fire Damp”, or methane mixed with oxygenIn 1815 Davy began experimenting with lamps that could be used safely in coal mines.The methane was ignited by the open flames of miner’s lamps. Davy’s used an iron gauze to enclose a mine lamp’s flame, and thus prevented the methane burning inside the lamp from exiting to the general atmosphere. Davy’s iron gauze was used by many other inventors in their later designs.