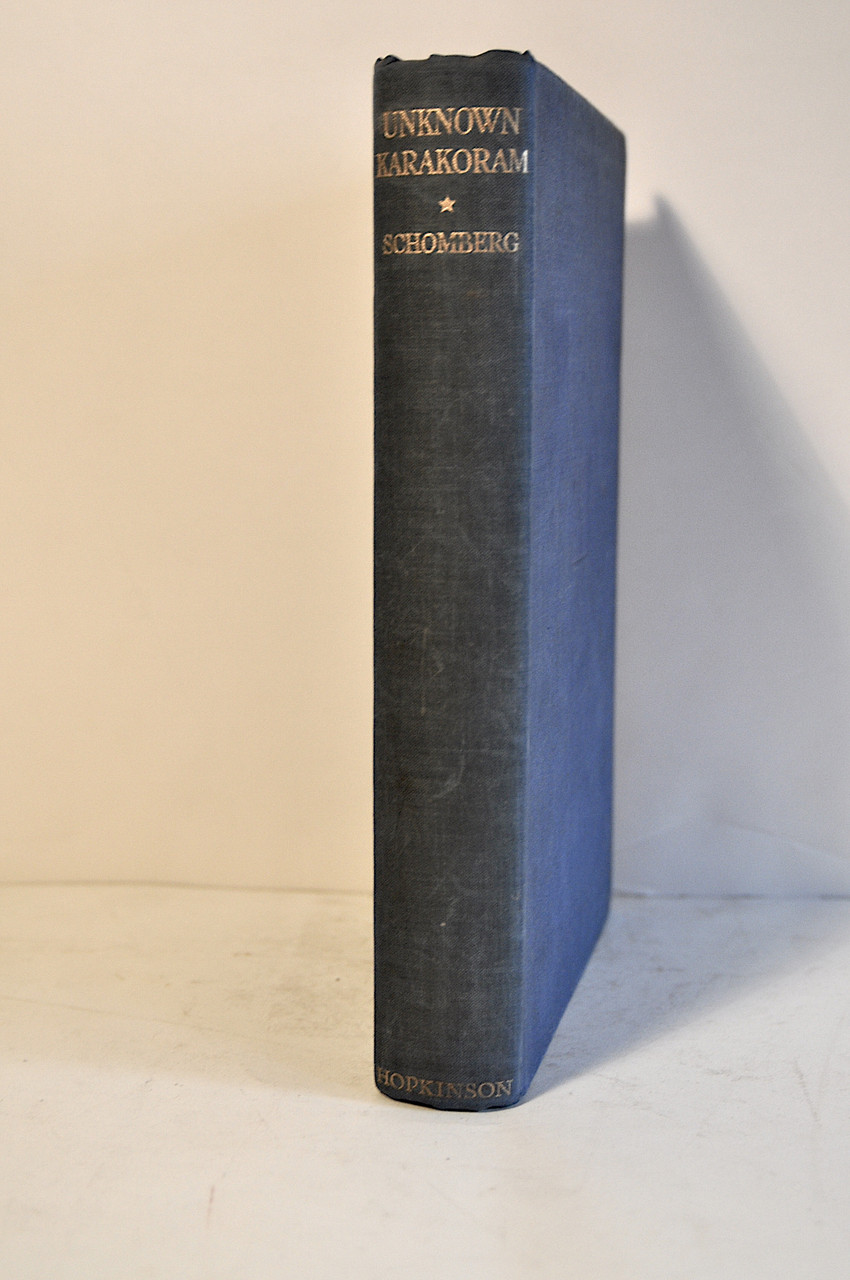 Product Description
Schomberg, R. C. F.; Unknown Karakoram. London: Hopkinson, 1936. First Edition 1st Printing. Octavo, pp. 244 pages, 24 b/w photos, glossary of place-names, large folding color map in rear pocket, index, errata slip on page 236.
The work is complete and in the original blue cloth with gilt spine titles. The binding is tight and clean with light scuffing to the boards, the text and map are clean with only very minor foxing to the outer margin of a few pages. Private owner’s book plate on front paste down. In very good condition.
Reginald C. F. Schomberg (1880-1958) was a British officer and explorer. who devoted  much of his career in Asia. He also held several diplomatic posts. He was British consul-general in French establishments in India (1936–37, 1938–41); and consul-general for Portuguese possessions in India (from 1939). He was consular liaison officer, Persia (1942–3), and customs officer, Perso-Indian frontier (1943–4). From 1944 to 1945 he was colonel in force 136 (part of the Special Operations Executive), China. He is best remembered for his explorations of the Karakoram and Himalayan regions and the books he wrote describing those explorations. His book “Unknown Karakoram” provides details and observations made by Schomberg during to explorations he made to the more remote and inaccessible Mustagh area of the Karakorum. He describes the topography, glaciers, geology, fauna, and the few inhabitants encountered in this rugged and remote part of the Karakoram.