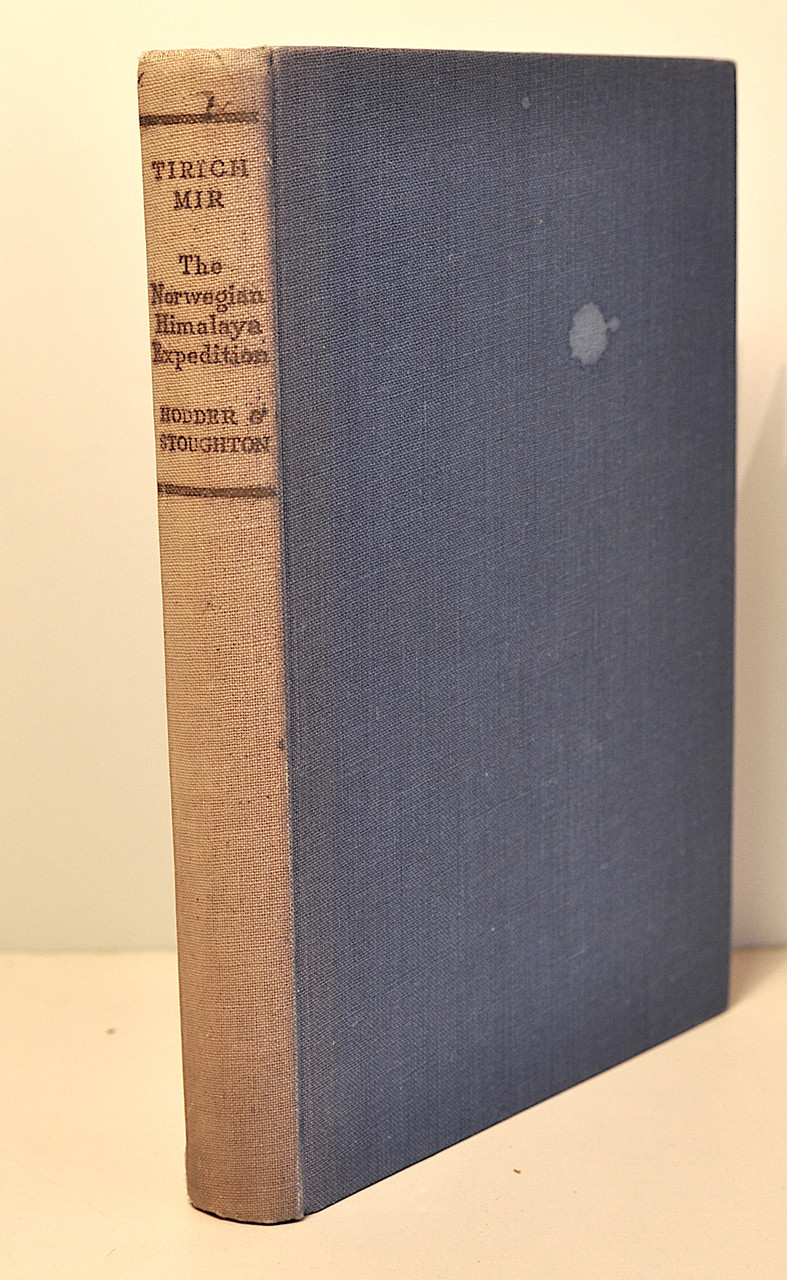 Product Description
Naess; Arne, et.al; Tirich Mir. The Norwegian Himalaya Expedition. Translated by Solvi and Richard Bateson. London, Holder & Stoughton, 1952. Octavo, pp. 192, frontispiece, 3 single page maps, and another 56 photo plates and illustrations.
The work is complete and in the original blue cloth with blue spine titles. Binding is tight and clean with small spot on front cover, spine sun faded, text and illustrations clean and bright, owner’s signature on front end sheet with 1952 date, later owner’s book plate on paste down. In very good condition.
Tirich Mir provides the story of the first successful ascent of the highest peak in the Hindukush Mountains. The peak is one of the world’s highest and most inaccessible in the world. Only the Himalayas have higher peaks. Seven Norwegians reached the summit on July, 21, 1950. The book was written by those who made the ascent.
Most of the local inhabitants in the region believe that Tirich Mir had never been climbed because it was inhabited by witches, demons, genies and fairies and when rumblings are heard from the mountain it is because those inhabitants are preparing to go to Mecca for the Haj.