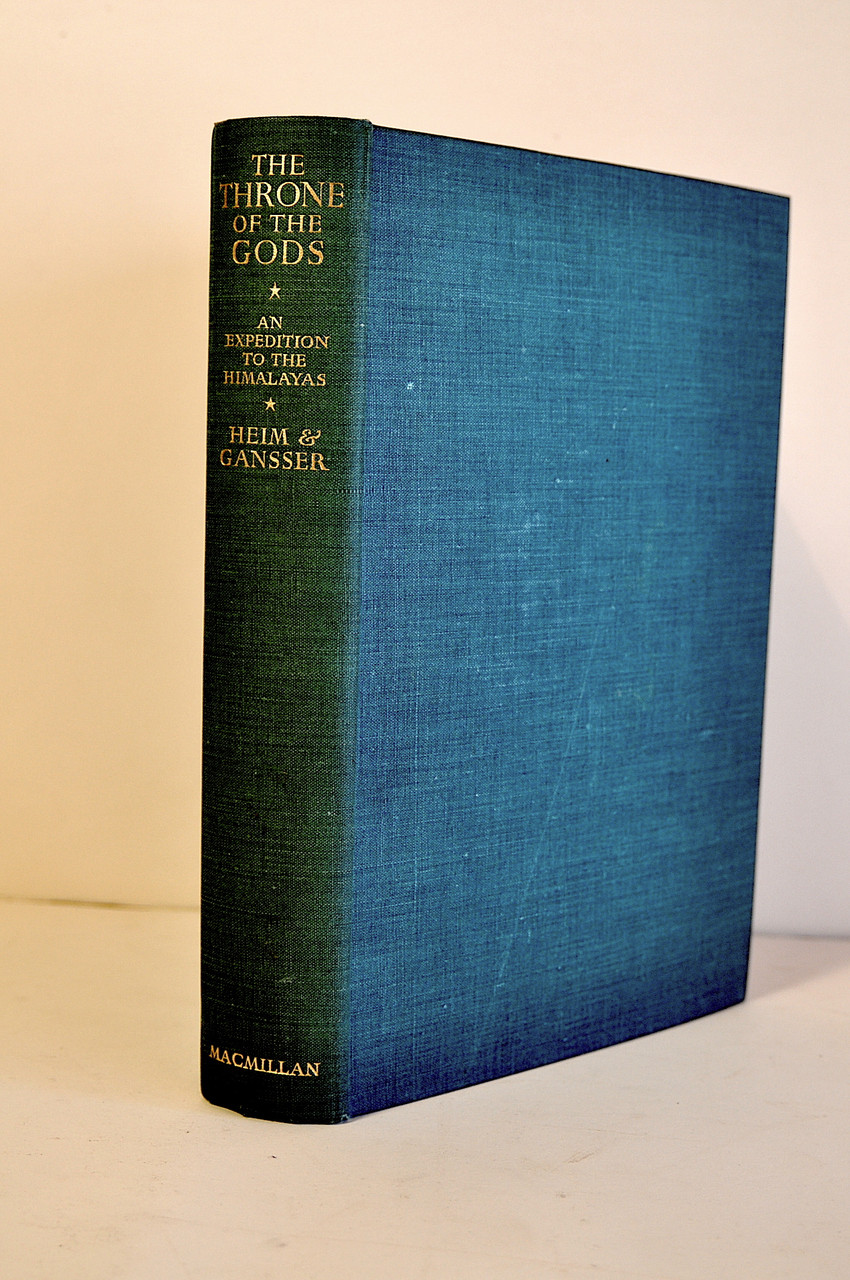 Product Description
Heim, Arnold & August Gansser; The Throne Of The Gods An Account Of The First Swiss Expedition To The Himalayas. 1st English translation, London: Macmillan And Co., Limited, 1939. Quarto, pp. xxv, 233, folding  map in rear pocket, 2 folding plates of panoramas and 220 photogravures on double-sided plates, and 18 text illustrations.
The work is complete and in the original blue cloth. The binding is tight and very clean, the text, plates and map are very clean and bright, a private book plate is on the first end sheet but does not have any ownership name on it. In near fine condition.
First Edition of the English translation by Eden and Cedar Paul. The authors provide an account of the first Swiss expedition to the Kumaon Himalayas in 1936, The object of the expedition was not the ascent of the high peaks, although the two men climbed several summits over 18,000 feet on the Nepal-Tibet frontier.  The book is profusely illustrated with views both drawn and photographs done by both Arnold Heim (1882-1965) and Augusto Gansser-Biaggi (1910-2012). The book is referred tot as a superbly illustrated account of what was primarily a geological expedition, which explored the area around Kailas in Tibet. Heim was a Swiss geologist educated at the University of Zurich. He is best remembered for his pioneering studies of the stratigraphy, structure and evolution of mountain belts, primarily the Alps and the Himalayas. Gansser was a Swiss geologist who devoted his life to the study of the structure, stratigraphy and evolution of the Himalayas and Tibet.

Further Papers Relative to the Recent Discovery of Gold in Australia. Presented to both Houses of Parliament by Command of Her Majesty, February 28, 1853. London, Her Majesty’s Stationery Office. 1853.