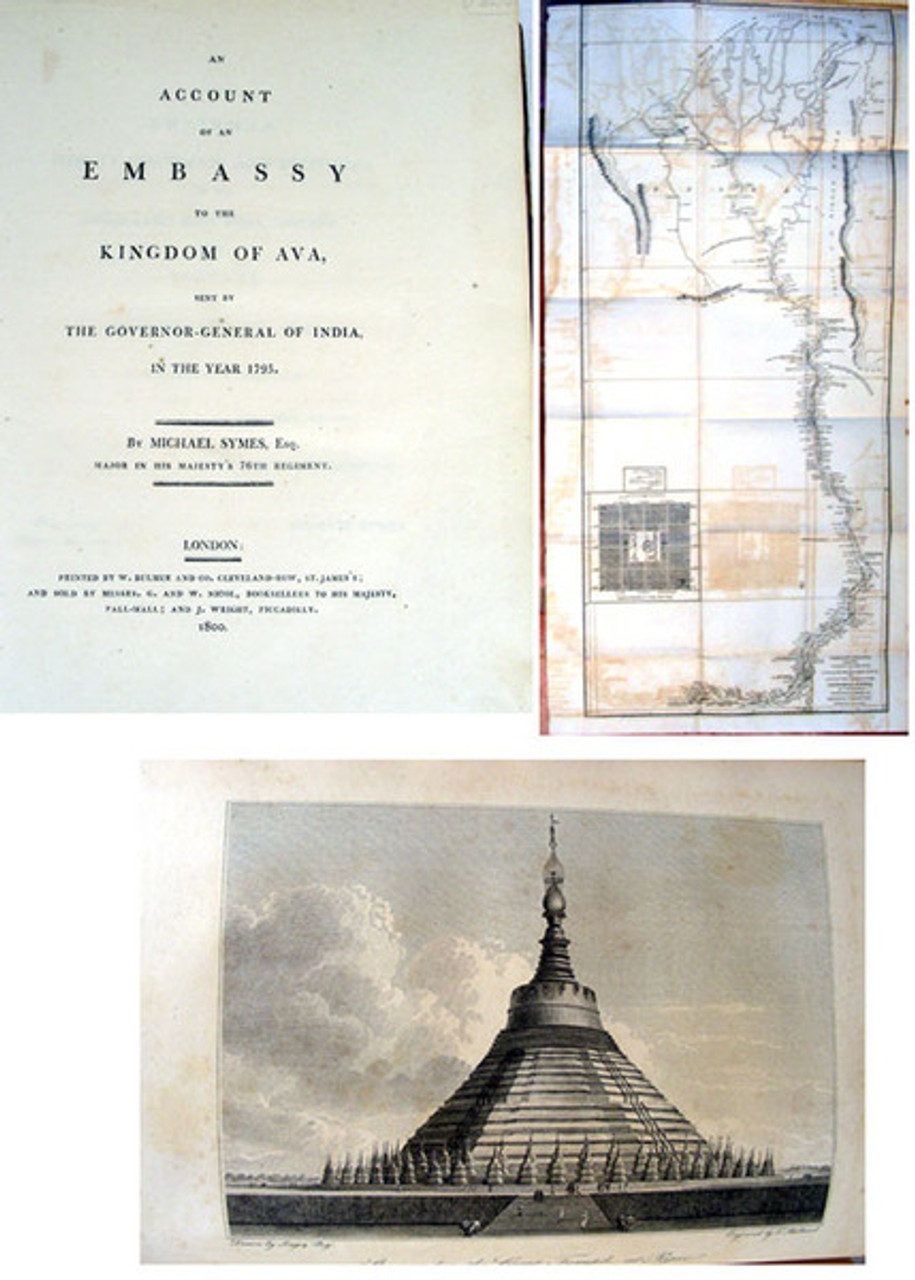 The work is rare in the 1st edition state. It is complete and in a contemporary calf with gilt titles and marbled end sheets. The binding is tight with wear to the board corners and edges. The text, maps and plates are clean with very minor toning. In very good condition.

The first edition of this early, important work on the Burmese empire and the British efforts to establish relations with Burma. Michael Symes was an English diplomat and soldier who served for some years in India. In 1795 he was sent on a mission to the kingdom of Ava in an attempt to induce the King to close the borders to French shipping. The two engraved maps are “Map of the Birman Empire” and “Draught of the River Irrawaddy & Birman Dominions”. Symes details the history of the region and its topography and resources including the mineral and gem riches. He discusses and illustrates with finely detailed plates the architecture of the temples, ceremonies, wild game, fruits, plants and flowers, the use of Indigo and cotton, religious  ceremonies, marriages and funerals, dress, food, the languages, as well as the practices of war, weaponry and war boats. ?The First edition 1st issue was printed in a single large quarto volume by Bulmer. The Second edition (often called the 1st by some dealers) was issued in 3 octavo size volumes with the same plates and maps in a separate atlas.