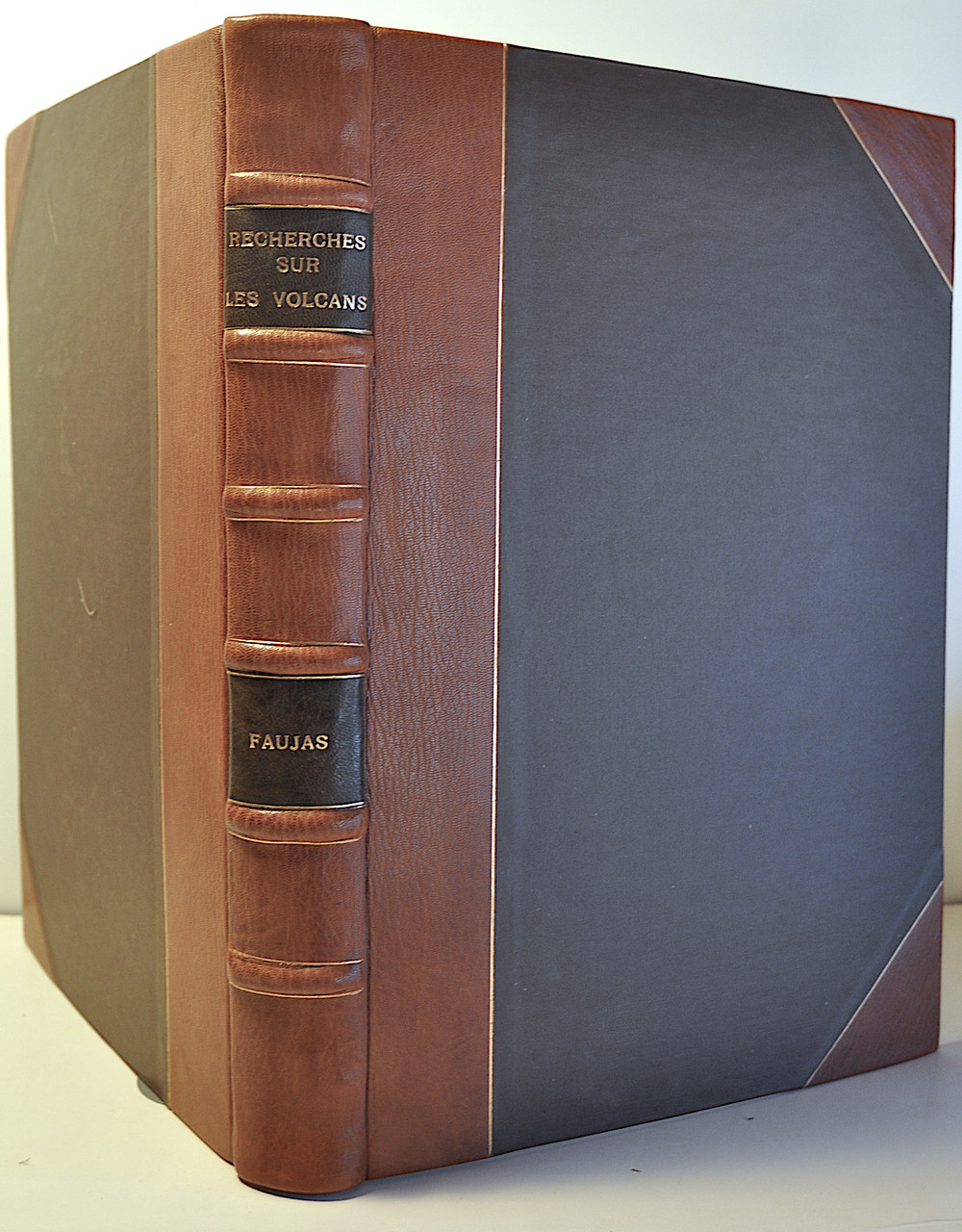 This beautiful work is complete and in a 20th century half calf with gilt spine titles, raised spine bands. The binding is tight and very clean with only minor scuffing. The text and plates are clean with a minor blemish to the lower outer margin of the title page and some text pages.The blemish reduces in the first part of the work. Overall in very good condition.

Faujas de Saint-Fond (1741-1819) was a French geologist and mineralogist who was a close friend of Buffon. He is best remembered for his two major contributions to our understanding of the geology and mineralogy of volcanic regions. He explored and investigated parts of France, England, Germany and Italy studying the geology and mineralogy of the volcanic rocks.
The results of his investigations were published in two pioneering works; “Recherches our les Volcans Eteints” 1778 and “Mineralogy des Volcans”, 1784. Both works are offered on our site. In his studies, Faujas recognized ancient basalt flows and their associated mineralization and established the volcanic origins of basalt. Within his two works he describes and classifies a variety of basalt and associated minerals from different sources.
His 1778 work “Recherches” is considered one of the most famous and beautiful geological books published. In it Faujas de Saint-Fond established once and for all that basalt, a rock noted for its distinctive characteristics, its widespread occurrence, and association with other kinds of rocks, was the product of volcanic action. Faujas de Saint-Fond methodology and approach to solving the origins of basalt is noteworthy.
While exploring the region of Vivarais and Velay in east-central France, Faujas recognized ancient basalt flows and their associated mineralization; however, their were no active volcanoes in the area. After comparing the rocks and minerals found in France with specimens collected near active volcanoes, Faujas presented his conclusions in his work “Recherches”. Although the neptunists would continue to show contrary evidence, Faujas conclusions were so convincing that it helped end the idea once and for all that basalt formed through sedimentary processes. Within “Recherches” he also provides excellent descriptions and illustrations of the extinct volcanoes in France which historians continue to praise.