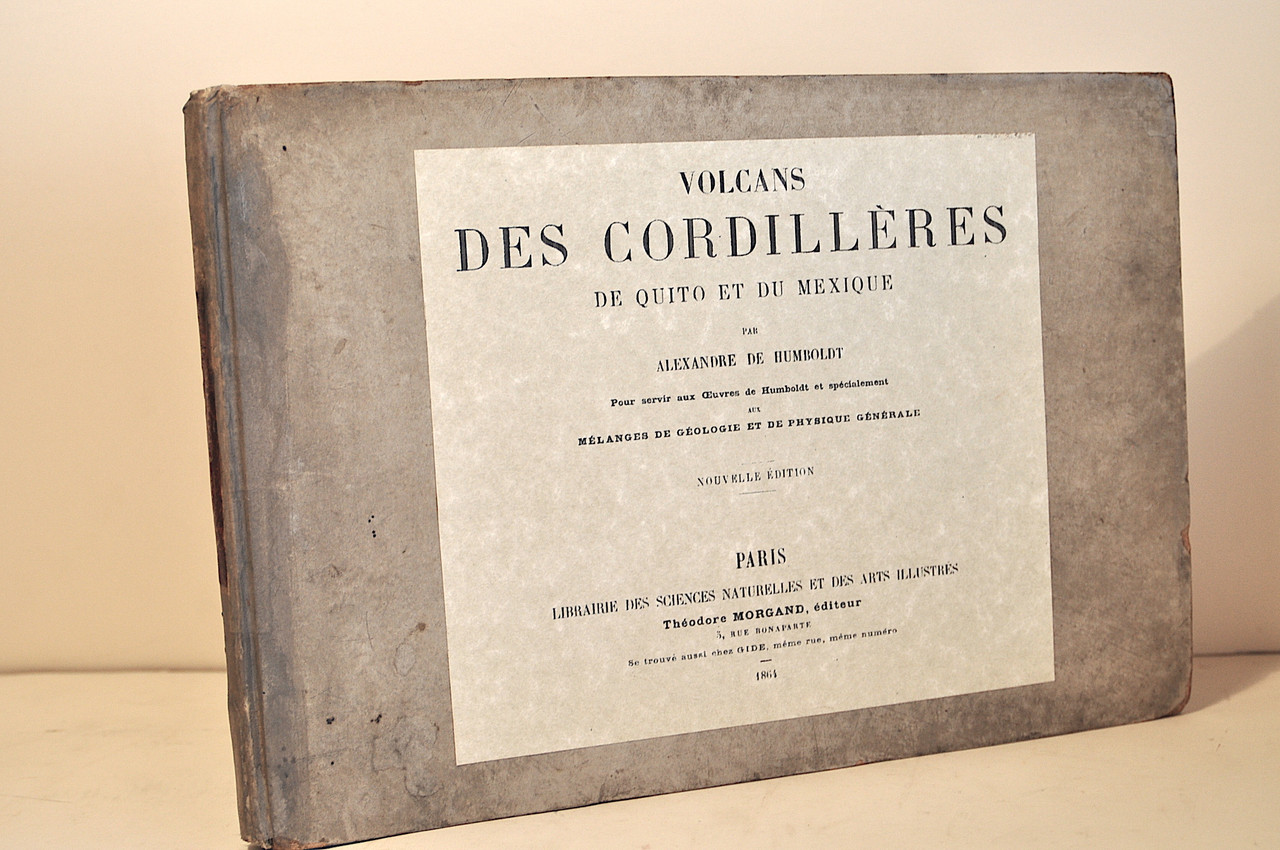 The work is complete and in the original paper covered boards with title label on cover and gilt spine title. Rubbing to boards, spine label partially perished, very light foxing to end sheets, plates and text very clean. In very good condition.
Humboldt, (1769-1859) was a prominent German explorer and scientist. He travelled in Central and South America (1799-1804) and wrote extensively on the geology, natural history, meteorology, and physical geography. He proved that the Amazon and Orinoco river systems are connected, and ascended to 5,877 m (19,280 ft) in the Andes, the highest ascent ever made at that time, researching the relation of temperature and altitude. He had a particular interest in the volcanoes he observed. He spent the next 20 years in Paris writing up his results, returning later to Berlin, where he served at the Prussian court. Offered here is the second edition of Humboldt’s atlas of volcanoes he observed in Peru and Mexico in 1802 during his travers of the Andes.