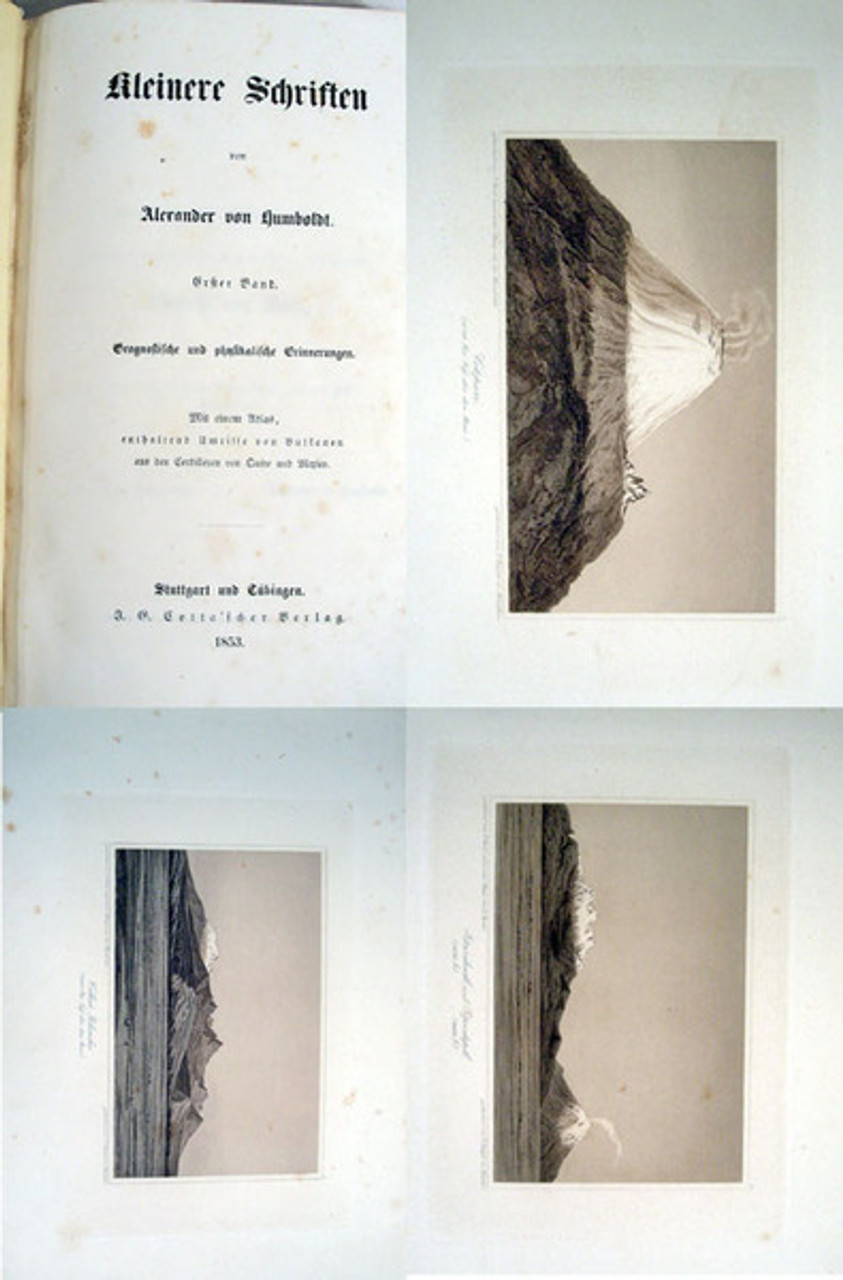 The set is complete with the text in a period black morocco and cloth with gilt titles, very minor foxing to first and last leafs. The atlas is in the original cloth backed boards with black titles on cover. Light foxing to plates. In very good condition.

FREE SHIPPING ON ALL BOOKS.

Alexander von Humboldt (1769 – 1859) was a German naturalist and explorer. Humboldt's quantitative work on botanical geography was the foundation of the field of biogeography. Humboldt traveled in Central and South America between 1799-1804 and wrote extensively on natural history, meteorology, and physical geography. He proved that the Amazon and Orinoco river systems are connected, and ascended to 5,877 m (19,280 ft) in the Andes, the highest ascent ever made at that time, researching the relation of temperature and altitude. He spent the next 20 years in Paris writing up his results. His description of his travels and observation was written up and published in several works over 21 years. He was one of the first to propose that the lands of South America and Africa bordering the Atlantic Ocean were once joined. His above set “Kleinere Schriften” contains Humboldt’s geologic and volcanic survey of Mexico and part of the Andes. His set is scarce with both parts present.