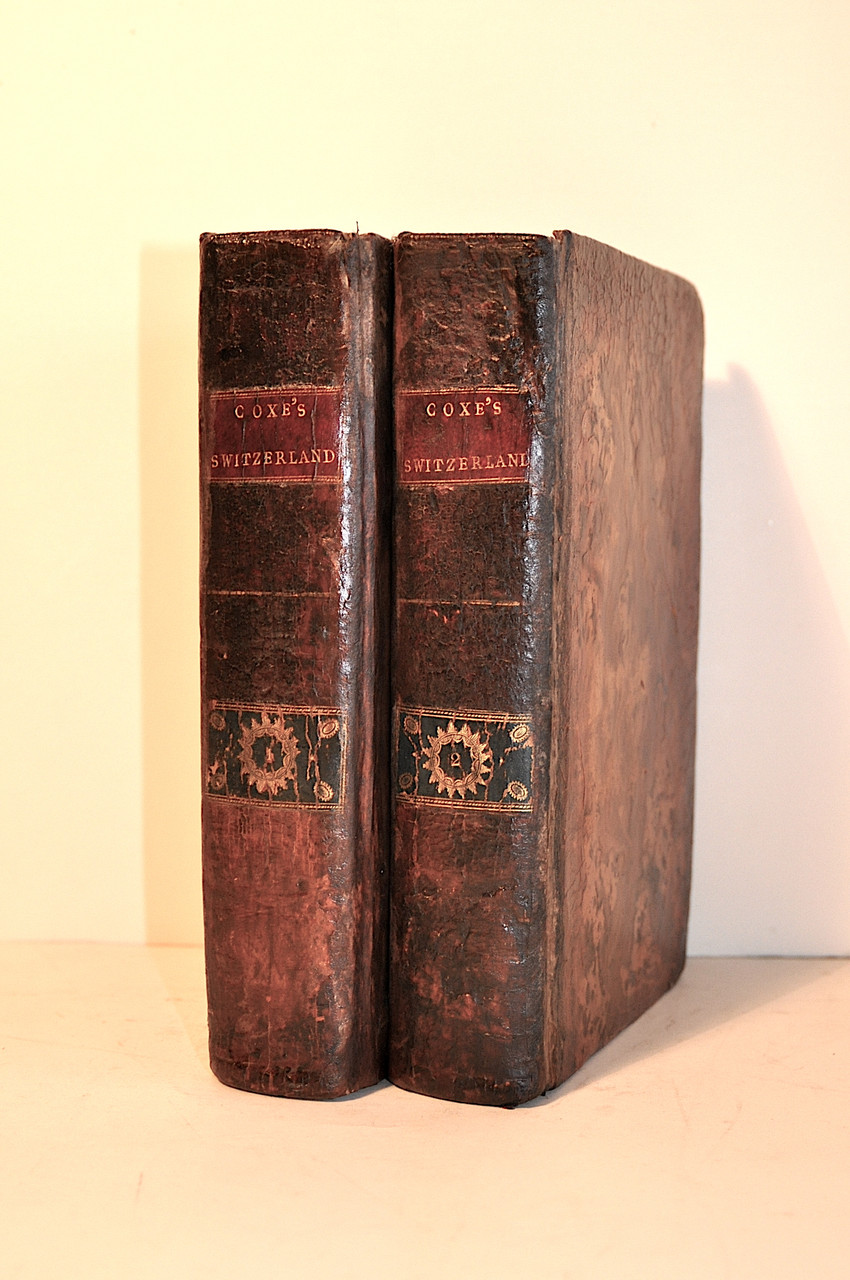 Product Description
Coxe, William; Travels in Switzerland in a series of letters to William Melmoth. Dublin: L. White, P. Byrne, et al., 1789. Large octavo, pp. half title,  XII, VI, 555, 3 plates and folded map. Vol. 2, pp. XIV p. + 1 leaf (Maps and Plates), 544, folded panorama, 1 plate. 12 leaves (Index).
The set is complete as issued. The Dublin edition was not issued with the large folded map of Switzerland, only with the map of Mont Blanc. The Switzerland map was only included in the London edition published the same year. The set is in a contemporary full calf with gilt spine titles. Rubbing and wear to bindings, inner and outer hinge of volume one repaired, light toning throughout, contemporary owner’s penned signature on titles and first free end sheet. The Mont Blanc map is very clean and bright. In good condition.
Coxe, (1747-1828) was an English historian, traveler and priest. He served as a travelling companion and tutor to nobility from 1771 to 1786. He wrote numerous historical works and travel chronicles. Come was ordained a deacon in 1771 and served as a rector and then archdeacon of Bemerton near Salisbury from 1786 until his death. Coxe travelled throughout Europe as a tutor and traveling companion to various members of nobility including Lord Herbert son of the Earl of Pembroke and Samuel Whitbread. He always wrote detailed accounts of his travels around the Swiss and French Alps. These were originally published in the form of letters and then in book form. Offered here is the first Dublin edition of Coxe's narrative detailing his second trip to Switzerland in a series of letters to William Melmoth, a English lawyer. It was Coxe’s intention to use his writings to enlighten the public on the natural beauty and landscape of the Swiss Alps.