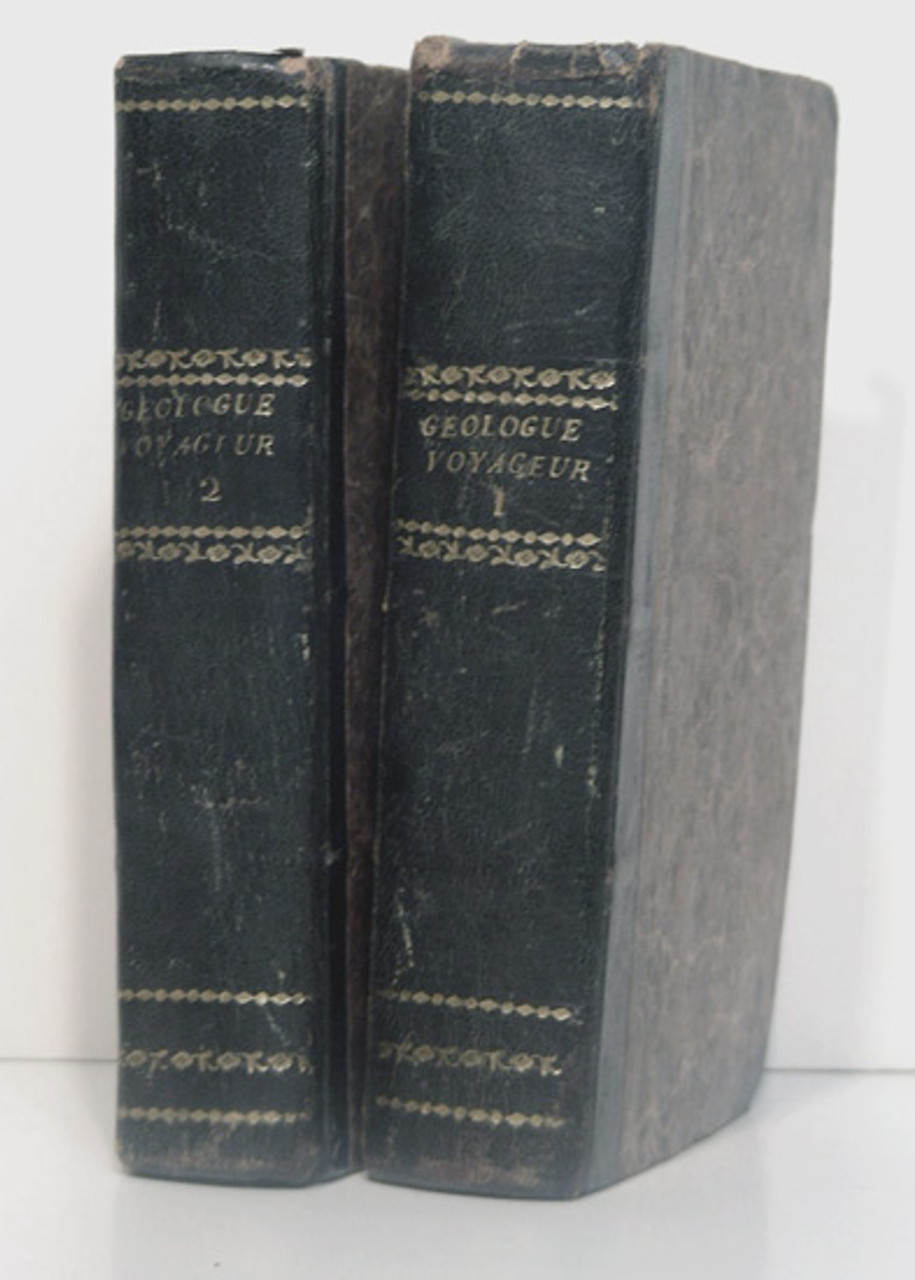 The set is complete and in a contemporary calf and boards with gilt titles. The bindings are tight, scuffing to the boards, the titles are bright. There is  light foxing to the text and plates. In very good condition.

A German geologist and petrologist; Boue (1794-1881) worked in Scotland for several years prior to settling in Paris in 1820. He was born in Hamburg to Swiss parents and studied medicine at the University of Edinburgh, where one of his teachers was Robert Jameson who introduced him to the study of geology. This was the science towhich he devoted the rest of his life.
Boue was one of the founders of the Geological Society of France in 1830 and became President of the Society in 1835. He is considered one of Jameson's best students but renounced Werner's theories early in his career. Boue settled in France in 1820 and hence travelled extensively studying the rocks of central Scotland and Hebrides, and later the geology and structure of Germany, the French and Swiss Alps, and Turkey. His studies in Turkey resulted in the first important and accurate study of the geology of that country. In 1841 he moved to Vienna, Austria and became a naturalized citizen of that country.
His two volume work “Guide du Geologue" is a classic work outlining for students all parts of the geological sciences. Blue provides an introduction to geology and the equipment techniques used in the field, and then begins an in depth discussion on strata, petrology, mineralogy, volcanoes, forces of erosion, paleontology, constructing field maps, and structural geology.