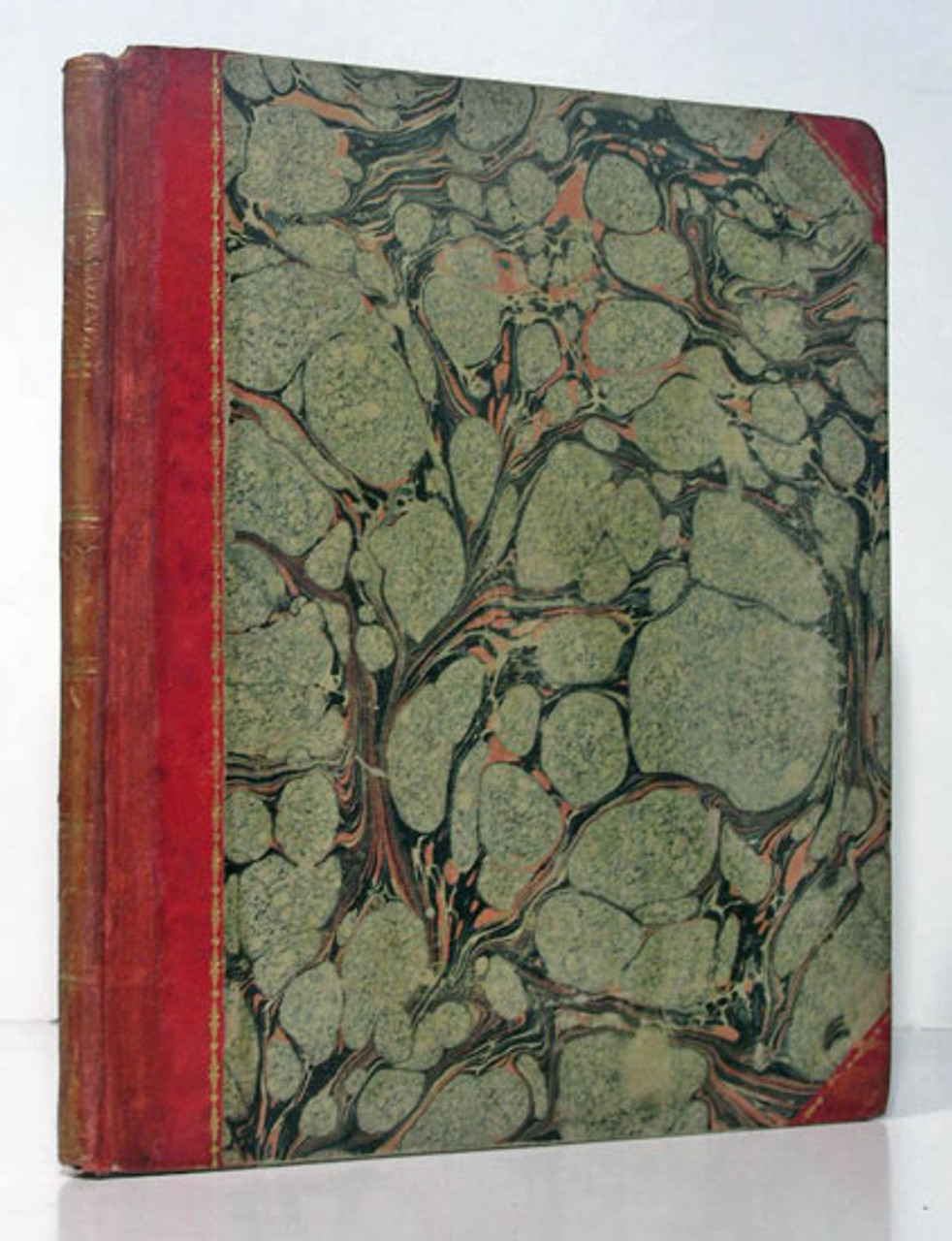 The work is complete and in a contemporary calf over marbled boards. The binding is tight, spine and board edges nicely restored. Library of Thomas Estcourt and J. C. Thackray with their respective book plates. Text and plates are very clean with only very minor foxing. In very good condition.

Gustavos Brander, (1720-1787) was of Swedish parents but was born in London. He was successful in business, was a patron of the arts and sciences and was elected a Trustee of the British Museum. When at his summer residence in Christchurch, Hants, he would collect Eocene fossils from the cliffs along the coast. He presented a set of these fossils to the British Museum in 1765. These were properly described by the famous Swedish botanist Daniel Carlsson Solander !736-1782), a “favorite” pupil of Linnaeus and an officer of the Museum. Solander was the botanist on Cook’s first expedition from 1768 to 1771, describing many of the plants found in New Zealand during that voyage. Solander described Brander’s Eocene fossils in his catalogue “Fossilia Hantoniensia”, published in London in 1766. In this book 131 specimens are figured and many new species described.

The Brander collection can be said to form one of the earliest important accessions of fossils after the original collection of Sir Hans Sloane (1660-1753) which formed the foundation of the British Museum collections. That collection was first exhibited when the museum opened to the public in 1759.

The association of the Brander catalogue with Gustavos Brander has usually led to his being named the author of the work. This is a common error and was most recently made in the Frielich auction of books by Sotheby’s in 2001. The collection was Brander’s but the specimens were ably described and the catalogue was authored by D. C. Solander, although he is not listed as the author. The work is rare.