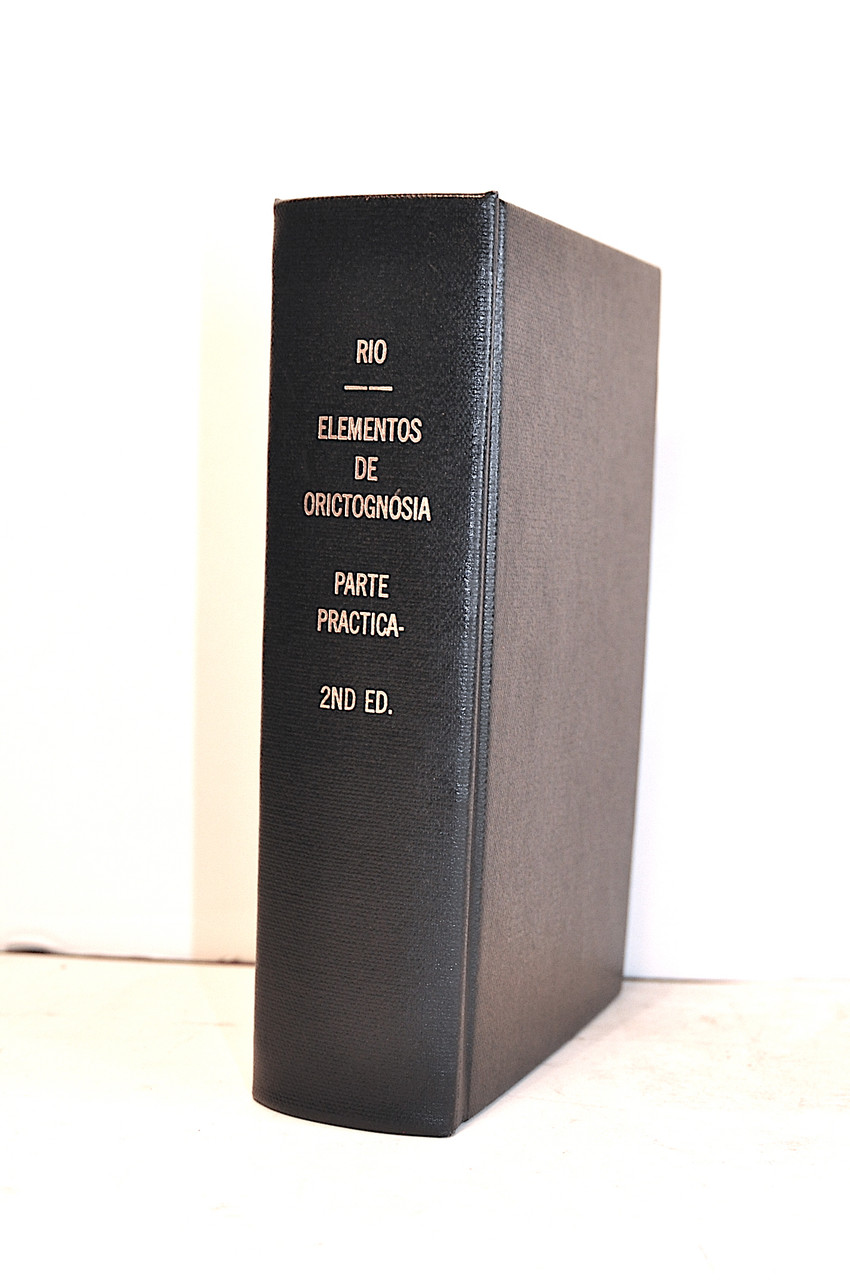 The volume is complete and in a modern buckram with gilt titles. The binding is tight and clean. Inscription on title page from the author to the Lyceum of Natural History which would become the Academy Natural Sciences. Later book plate of the AMNH on pastedown with cancellation stamp. Small Lyceum stamp on each plate. The text is bright and clean. Over all in very good condition.

Del Río (1764-1849) was a Spanish geologist and mineralogist. He was educated in theology and classical languages at San Isidro, Spain. Because of his excellent scholarship he was sent to study at the Freiberg Bergakademie under A.G. Werner. On his travel back to Spain, he made excursions throughout the mining districts of Europe, learning as much as possible. In France, he became associated with A. Lavoisier in Paris, but when the French chemist was seized, Del Río was forced to flee to England. In 1793, he was appointed the first professor of mineralogy at the newly formed Colegio de Minería (School of Mines) in Mexico City. While there he was the first to recognize in the mineral vanadinite a new element he named erthronium. Samples he sent to Europe for confirmation were wrongly said to contain only chromium, and it was not until later that it was shown Del Río was the first discover of the element now know as vanadium. The first textbook of mineralogy to be published in North America, this important Mexico City imprint is also the first critical exposition of Werner's theories to be written in Spanish. It was authored and used by Del Río in the mineralogy courses he taught at the newly founded Colegio de Minería (School of Mines) in Mexico City. This course in mineralogy was probably the first formal instruction in the subject in the Americas, and it was Del Río's leadership and excellence as a teacher that brought modern scientific and engineering methods into the mining industry of Mexico. "Elementos de Orictognosía", reflects Del Río's methods by not simply repeating his former teacher's ideas. Instead the author introduces critical remarks when research as shown other explanations for a particular phenomena, he uses Lavoisier's chemical theories to explain physical qualities, and he includes accounts of his own discoveries. It is a work important in the history of mineralogy in Mexico and the introduction of European scientific methods to the New World. The second edition of his work describes the practical part of mineralogy. The first portion titled, "Caractéres de las Géneros y de Algunas Especies," gives a synopsis listing of mineral species. The volumes remainder is a descriptive mineralogy of commonly encountered species. The Colegio was the first institution of technical education founded in the Americas. Graduates of its comprehensive four-year curriculum, were then assigned to a two-year apprenticeship in one of the many mining districts of the Spanish colonies. Later, they would be promoted to inspectors of mines and given opportunities to work in Spain, Mexico, Central America, and the Philippine Islands.

Book by Alvaro-Alonso-Barba; A Collection of Scarce and Valuable Treatises upon Metals, Mines, and Minerals...2nd edition, London, 1740.