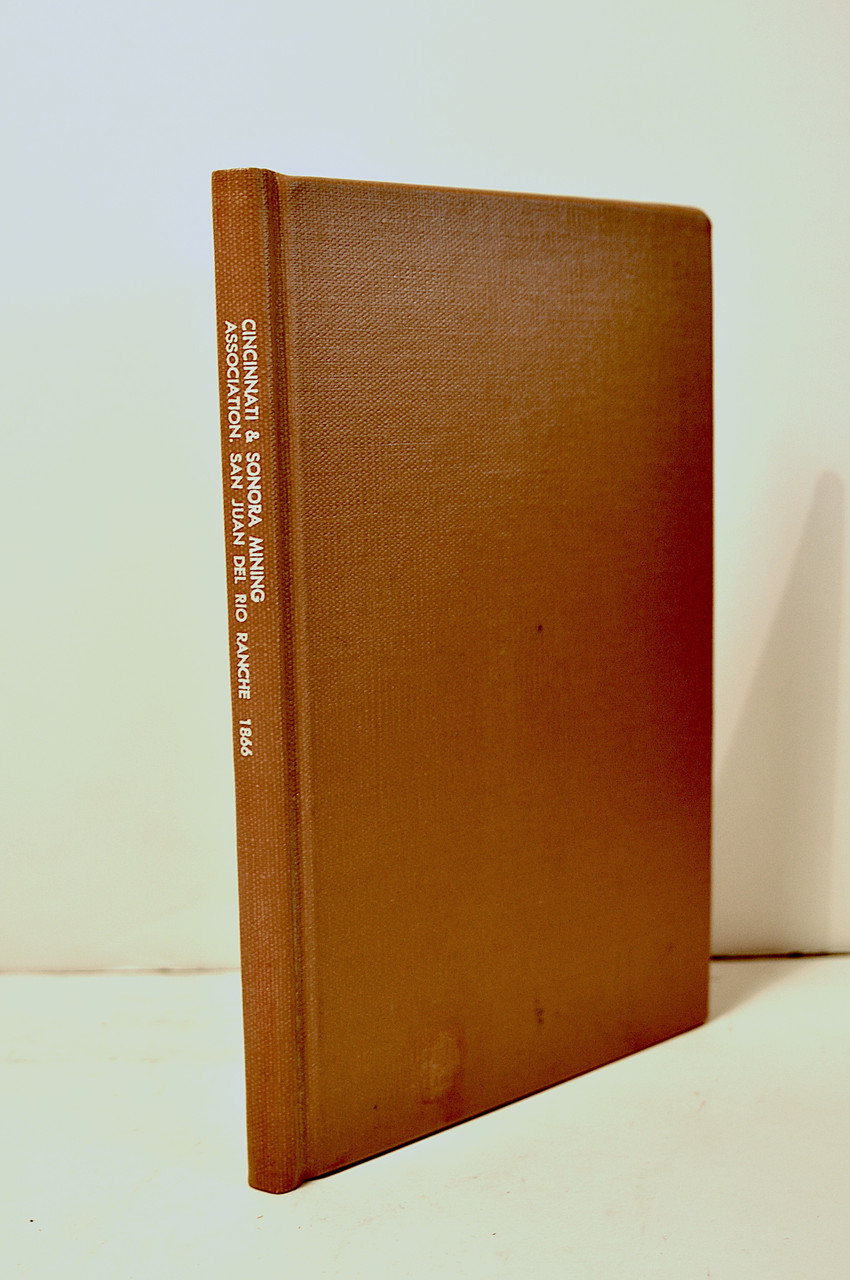 The book is complete and in a later leatherette binding with white spine titles. The binding is tight and clean. Book plate of defunct college on front pastedown. The text is clean, maps are clean with light toning. Over all in very good condition.

Cherry (1815 1838. -1898) was a well known American geologist, mineralogist and mining engineer who produced several reports on mineral deposits in various areas of the United States. He immigrated from Scotland to America in 1838. He is best remembered for the discovery and development of the rich copper ores of the Lake Superior region. Cherry also purchased 50,000 acres of land in the mineral rich northern Sonoran region of Mexico. Cherry authored the above report for the Cincinnati and Sonora Mining Association. His report was published amidst speculation fueled by rumors that the United States would annex the northern Sonora region. Cherry provides glowing accounts and praises the potential mineral wealth of the area. He downplays the threat from hostile Apaches, objections from the Mexican government, and a shortage of labor. The geological and mineralogical report is quite thorough, and the maps show a portion of "Cherry's Traveling Military Map of Sonora" and the Ranche San Juan del Rio. Copies of the report are rare.

Rare mine surveying book by Sopwith, Thomas; A Treatise on Isometrical Drawing, as Applicable to Geological and Mining Plans . . With Details of Improved Methods of Preserving Plans and Records of Subterranean Operations in Mining Districts.