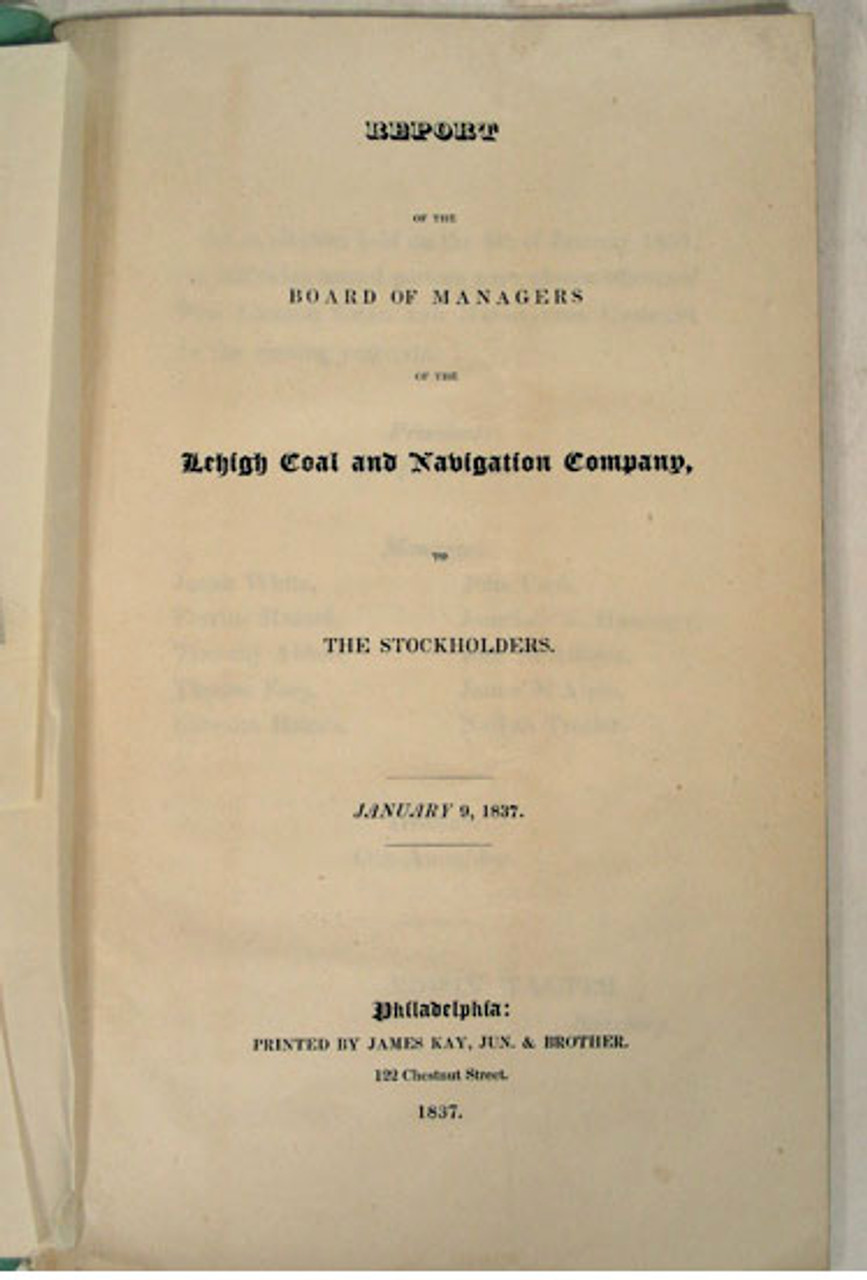 Watson, Joseph; Report of the Board of Managers of the Lehigh Coal and Navigation Company to the Stockholders-January 9, 1837. Philadelphia, James Kay, Jun. & Brother, 1837. Octavo, pp. 16, large folded map titled “A Map of the Lehigh Navigation above Mauch Chunk Showing its Position in Relation to the State Canal on the N. Branch of the Susquehanna and to the Three Great Anthracite Coalfields in Penn.

This rare report is complete and in the original green wraps with an inked title on cover. The spine margin has been professionally restored. The binding is tight, the text and map are exceptionally clean. In very good condition.

The Lehigh Navigation Company was formed in 1798 and the Lehigh Coal Company in 1792. They merged on April 21, 1820 and were incorporated as the Lehigh Coal and Navigation Company in 1822. The 1837 report to the board of managers discusses the mining in 1836 of nearly one hundred and forty-seven thousand tons of coal from its mines and their shipment from Mauch Chunk. The majority of the coal was shipped via the Delaware Division of the Pennsylvania Canal. The report includes a list of the goods transported on the Lehigh Navigation Company, transportation descriptions and any interruptions in schedules, new additions to the lock systems and proposed additions. Great expectations are expressed for the new lock at White’s Haven twenty-six miles above Mauch Chunk. Explorations for new coal deposits are described, the opening of a new vein of coal at Laurel’s Run which is near Lehigh. The report contains a wealth of historical information on the Lehigh region and surrounding areas.