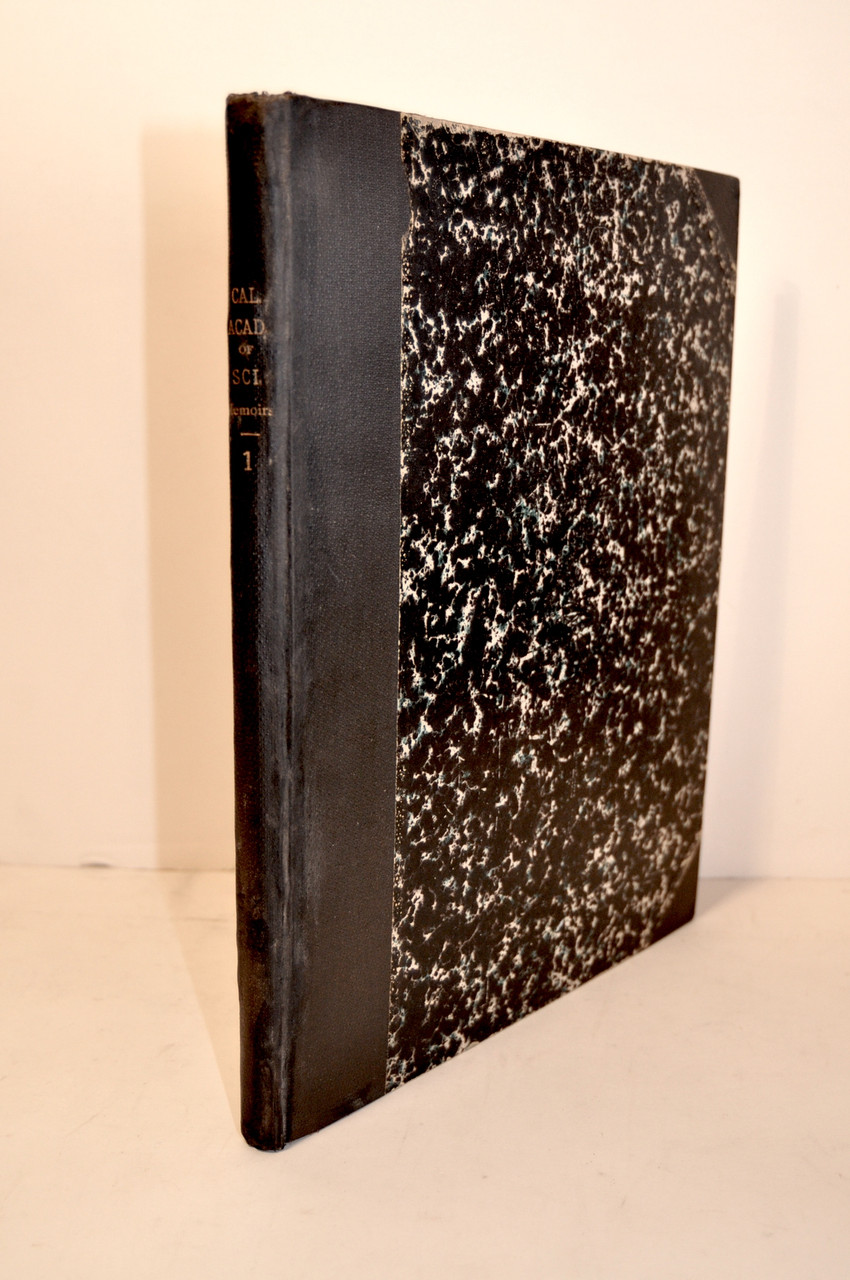 The paper is complete and bound in vol. 1 of the Academy’s memoirs. The volume is in a contemporary half calf and marbled boards with gilt spine titles. The binding is tight and clean. The text is very clean with owner’s book plate on the paste down. In very good condition.

Baron Ferdinand Freiherr von Richthofen HFRSE BGS (1833 – 1905), was a German traveller, geographer, and geologist. He is noted within the geological community for his petrological studies on igneous rocks and for the study of loess deposits. In military history he is known as an uncle of the German World War I flying ace Manfred Von Richthofen, best known as the "Red Baron”. He studied Medicine at the University of Breslau and at the Humboldt University Berlin. He traveled and studied in the Alps of Tyrol and the Carpathian Mountains in Transylvania. His extensive travels in China led to his theory on on the formation of loess deposits. From 1862 to 1868, he worked as a geologist in the United States, discovering goldfields in California and the formation of the Comstock ore deposits in Nevada.  Richthofen’s pioneering studies of volcanic rocks in California, Washington and Nevada led to his recognition of the importance of fissure eruptions in 1868. The results of his observations are found in the above paper. He calls systematic petrography “the most intricate branch of descriptive natural science.” In his system three principles were applied: 1. Mode of origin; 2. Correlation between age and texture; 3. Chemical composition as represented in mineral composition. He thus produced three classes of eruptive rocks: granitic, porphyritic and volcanic. Granitic included Granite, Syenite, Diorite and Diabase. Porphyritic included Felsitic Porphyry, Porphyrite, Melaphyr and Augitic Porphyry. Volcanic included Rhyolite, Trachyte, Propylite, Andesite, and Basalt.