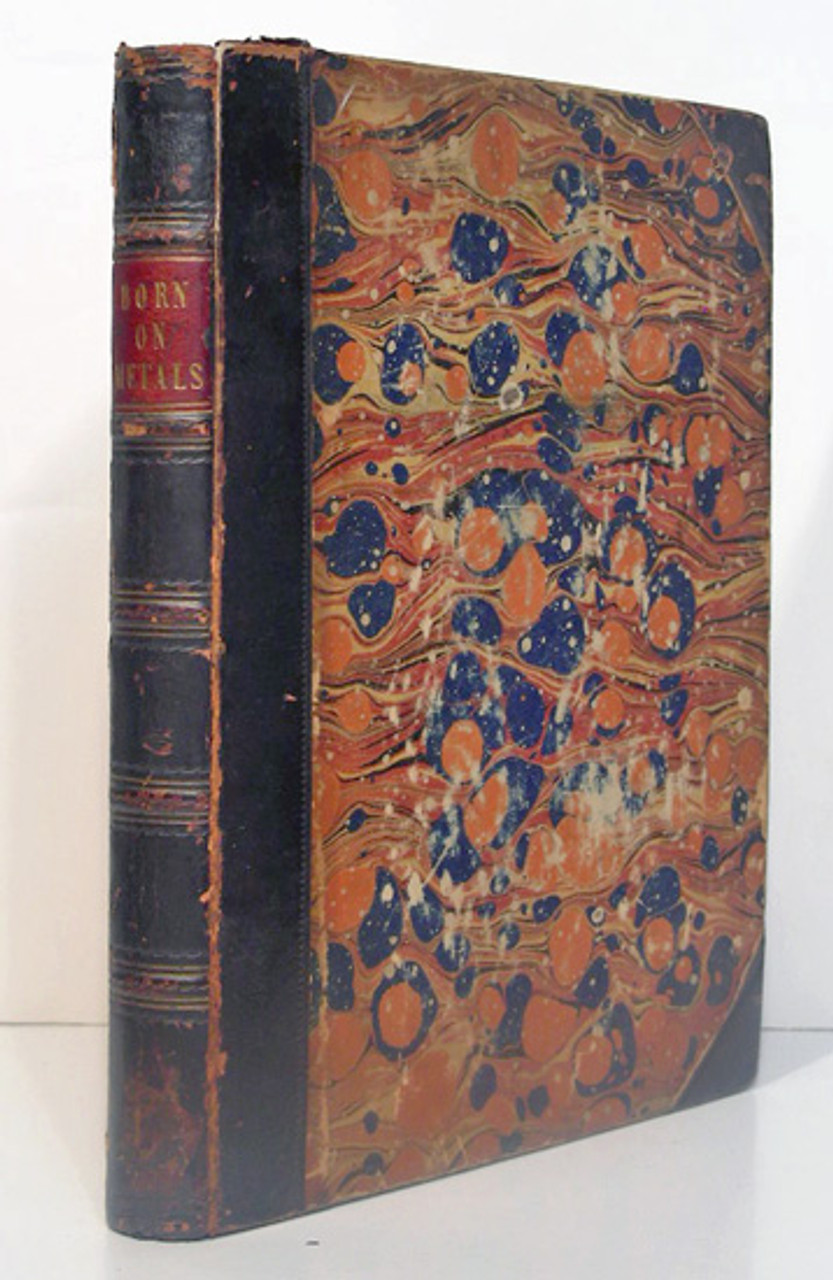 Born, Baron Ignaz Elder von; Baron Inigo Born's New Process of Amalgamation of Gold and Silver Ores, and Other Metallic Mixtures, as, by his late Imperial Majesty's Commands, introduced in Hungary and Bohemia, from the Baron's account in German, translated into English by R. E. Raspe. To which are added, a supplement, or a comparative view of the former method of melting and refining; and an address to subscribers, giving an account of its latest improvements, and of the quicksilver trade. London: printed for T. Cadell, 1791. Quarto, xxxiv, 256 pp., 22 engraved plates, half of them folding.

An Austrian mineralogist and metallurgist; Born (1742-1791) was to become the curator of the Imperial Mineralogical Collections in Vienna and more importantly introduced to Austria the amalgamation process for extraction of silver and gold. This is the first edition in English of Born's most famous book, describing his invention of an amalgamation process for removing gold and silver from various ores; the book was originally published in Vienna in 1786. One advantage of Born's system was that it did not require the ore to be melted, thus making for huge savings in fuel. The beautifully detailed plates show the equipment used in the amalgamation process. The translator was Rudolph Erich Raspe; the creator of "Baron Munchausen," who fled to England from Germany to avoid punishment for theft of a collection of rare gems and medals. In the autumn of 1791 he went on a tour in the extreme north of Scotland where he claimed to find signs of vast mineral wealth, and it was supposedly in order to support his reputation as a mineralogist that he brought out this translation. He persuaded Sir John Sinclair to invest large sums of money to pay for preliminary investigations, but when the time came for the proposal to come to fruition, Raspe had vanished.