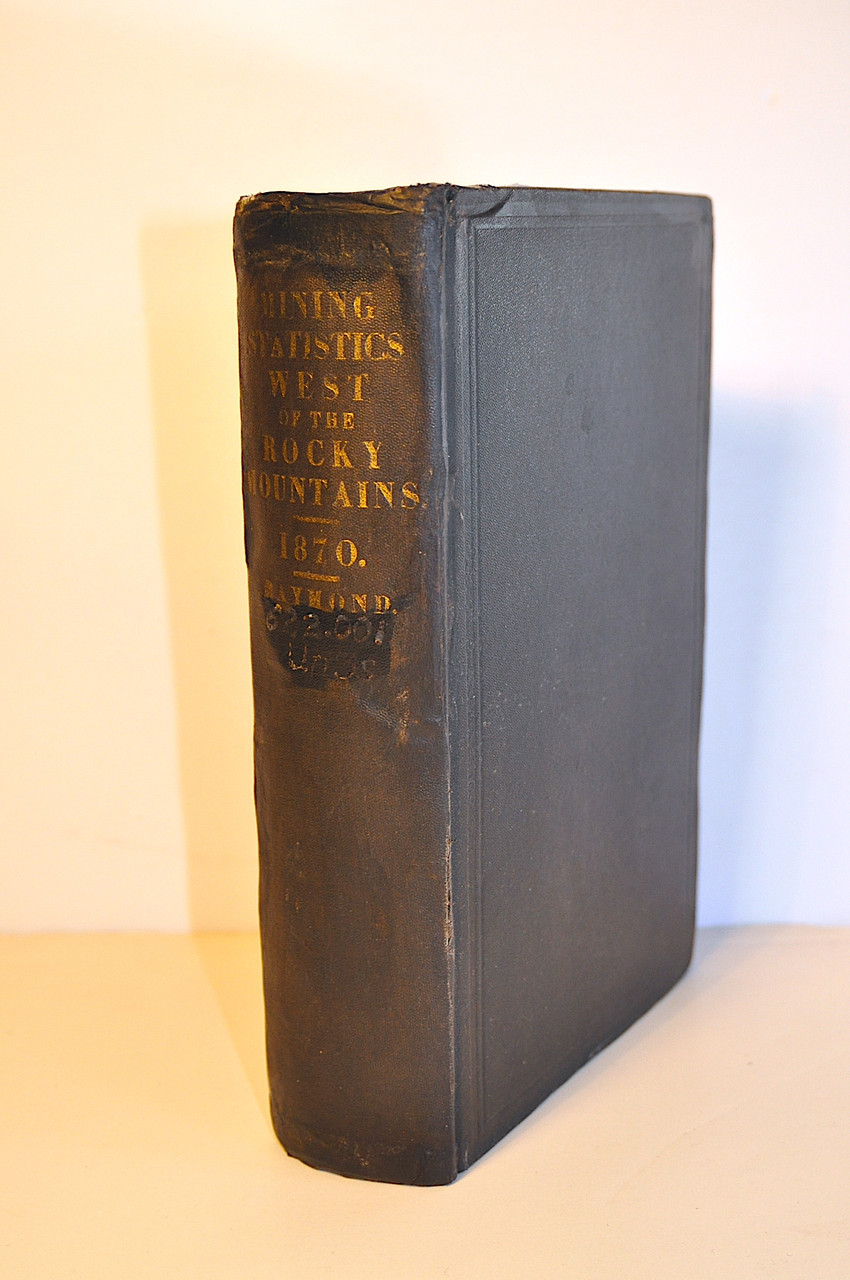 Product Description
Raymond, Rossiter W.; Statistics of Mines and Mining in the States and Territories West of the Rocky Mountains. Washington, GPO, 1870. Quarto, pp. 805, numerous plates (some folding) plans and tables.
The work is complete and in the original brown cloth with gilt titles. The binding is tight and clean. X-lib.; S. Dakota State School of Mines, with book plate on paste down, embossed stamp on title page, old call number colored over on spine. Text and all plates are bright and very clean. In very good condition.
Rossiter Raymond (1840 - 1918) was a prominent American mining engineer, legal scholar and author. He was educated at the Freiberg Academy, the University of Heidelberg and the University of Munich. He was to become a prominent consulting geologist and mining engineer and editor of the Engineering and Mining Journal. His outstanding reputation led to his being named the United States Commissioner of Mines, a position he used to travel and gather mining statistics throughout the American West. Between 1868 and 1875 eight large annual reports were published which contain a wealth of historic information about the mining industry in the West during this important period. Special attention is paid to the California Mother Lode, the Comstock Lode of Nevada, and the Rocky Mountain mining camps of Colorado.