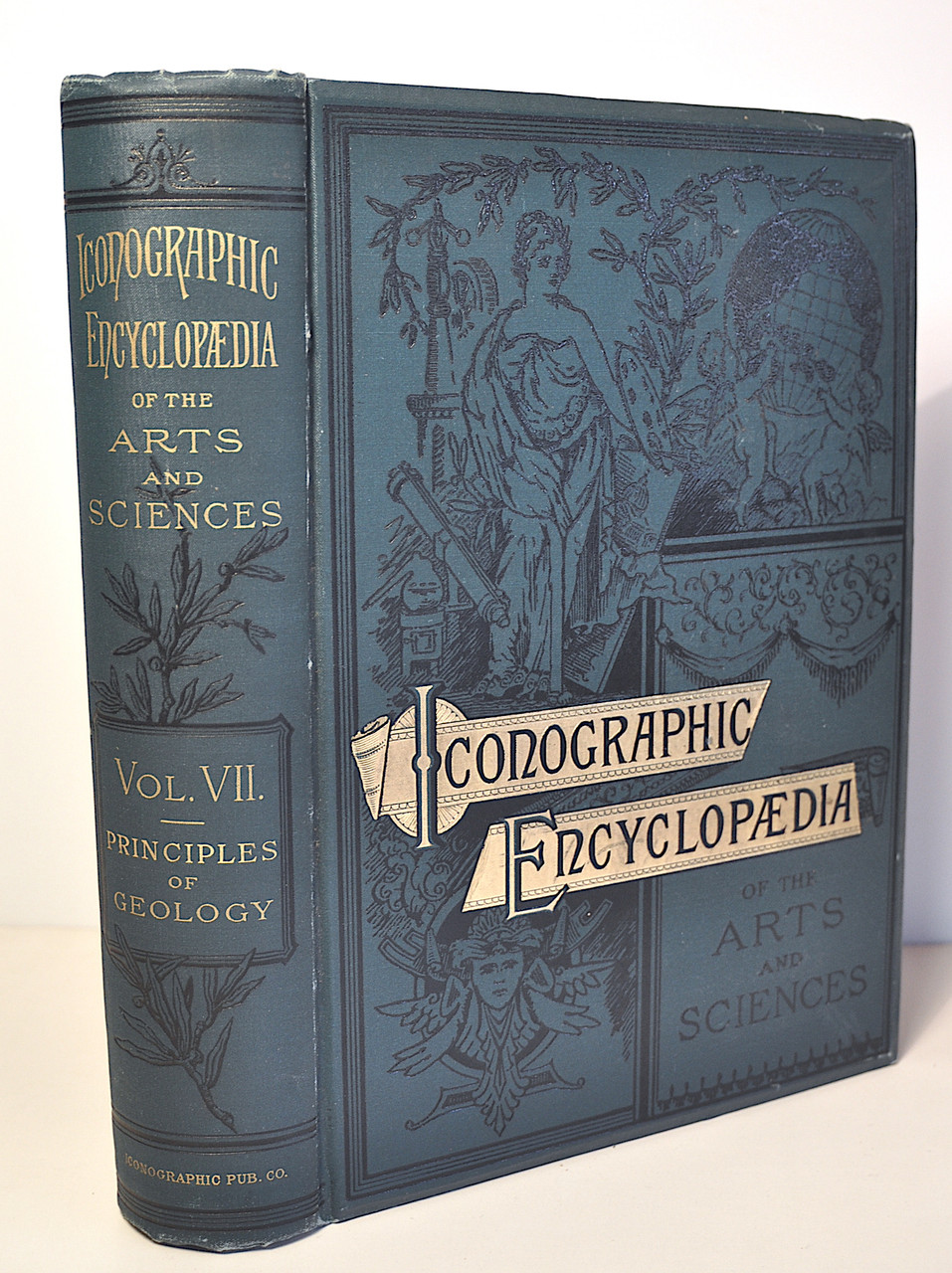 Product Description
Heilprin, Angelo; The Iconographic Encyclopaedia. Vol. VII. The Principles of Geology. Philadelphia, The Iconographic Publishing Co., 1890. Quarto, pp. 329, colored title page, 2nd b/w title page, colored frontispiece, 113 colored and b/w plates.
The volume is complete and in the original green cloth with ruled borders, bevelled edges, gilt cover and spine titles and illustrated cover, brown end sheets. The binding is tight and has very minor edge wear, text and plates are clean and very bright. In near fine condition.
Angelo Heilprin (1853-1907) was an American geologist, paleontologist, explorer and naturalist. His family immigrated to the United States from Hungary in 1856. Heilprin returned to Europe to study at the Royal School of Mines in London and at the Imperial Geological Institute in Vienna. He returned to America and became a Professor of invertebrate paleontology at the Academy of Natural Sciences in Philadelphia and professor of geology at the Wagner Free Institute.
He pioneered studies of the invertebrate paleontology of the then little known western coast of Florida in 1886. This was followed by studies of volcanoes in Mexico, the coral reefs of Bermuda, and Mexico and the geology of the Yucatan.
In 1891 Heilprin was appointed head of the Academy of Natural Sciences expedition to Greenland. The studies performed confirmed that Greenland was indeed an island.
In 1902 Heilprin became one of the first scientists to arrive at the site of the Pelee Volcano eruption on the island of Martinique which destroyed the city of Saint-Pierre. His studies advanced the science of volcanic eruptions and he was to be the first person to ascend the flank of the volcano.
His volume “The Principle of Geology” is a major compilation of the science of geology and is supplemented by well over 100 plates of landscapes, geologic features and invertebrate and vertebrate fossils.

Dana, James D.; Manual of Geology Treating of the Principles of the Science ..4th ed., 1895