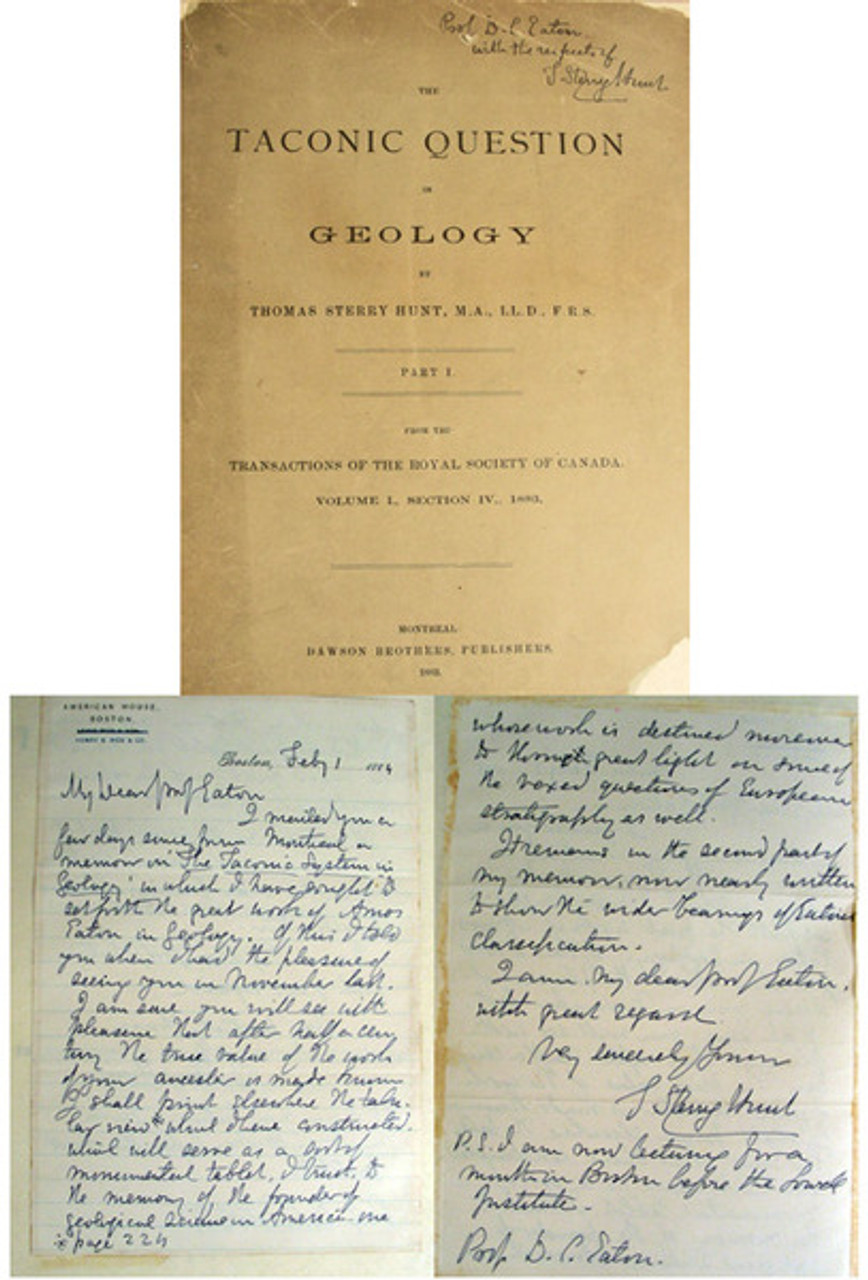 This work is complete and in an archival folder with the original signed title wraps bound in. The binding is tight and clean, original title cover re-backed. Text is clean. Signed by Hunt on cover to Prof. D. C. Eaton ( Daniel Cady Eaton relative of Amos Eaton) with accompanying letter tipped in. In very good condition.

An American mineralogist and petrologist; Hunt (1826-1892) was born in Connecticut. He was a brilliant analytical chemist with an excellent grasp of geological principles. He learned his mineralogy and mineral analysis from Silliman. During his time at Yale he also acted as an assistant in chemistry to the elder Silliman. So he had an excellent foundation in not only mineral analysis but also theoretical chemistry. In 1846 he joined Logan and the Geological Survey of Canada as a chemist and mineralogist and remained until 1872. During the period from 1872-1878 he became Professor of Geology with the recently founded (1865) Institute of Technology (M.I.T) in Boston. He succeeded William B. Rogers as chair and held that position until 1878.
Part of his research focused on the older rocks of the northeastern United States and eastern Canada. He applied the names Laurentian and Huronian, (thus subdividing the Eozoic Period) to the oldest known rocks on the North American Continent.
Although it was belated, Hunt took Sedgwick’s side in the Cambrian-Silurian controversy in Europe and his long dissertation on the issue remains one of the best chronicles of that scientific debate and its implications for geology in North America.
He provides a similar dissertation to the Taconic Controversy in his two part work published in the Transactions of the Royal Society of Canada.
Within the accompanying letter to Eaton he praises the role played by Amos Eaton his ancestor in the development of the science of geology in America. Eaton authored many famous illustrated works on American botany.