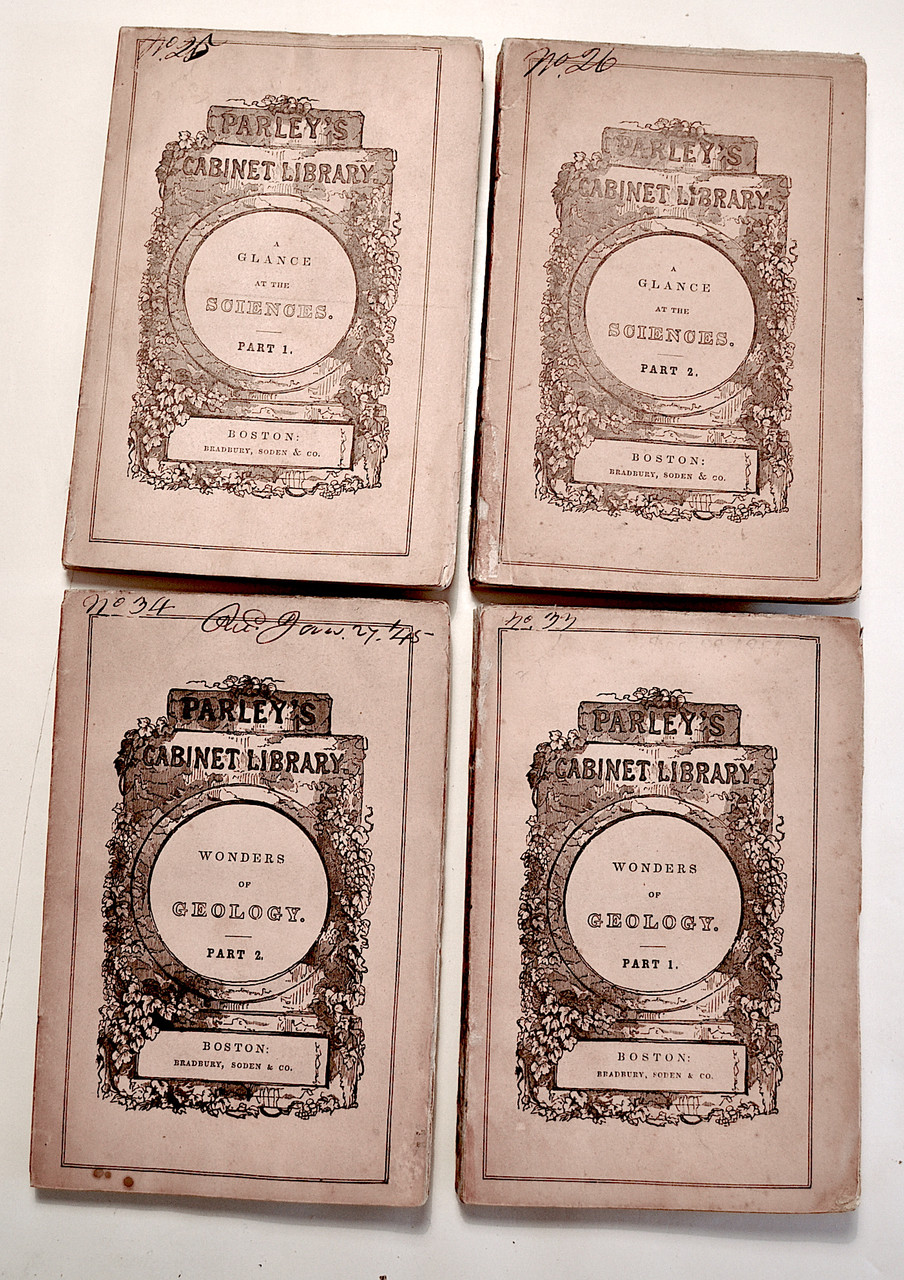 The four parts are complete and in the original ornate title wraps. The bindings are tight, light wear to spine edges, owner’s signature on one top edge, penned number on upper left corner of each. Text and figures very clean. In very good condition.

Samuel Griswold Goodrich (1793 –1860), better known under his pseudonym Peter Parley, was an American author and politician. He was self educated and after a short career as a store clerk, he turned to writing and selling books. He is best remembered for Parley’s Cabinet Library which consisted of 40 volumes covering all aspects of history, philosophy, prominent figures, and the sciences. Through his writings and publications he amassed a large fortune. He was active in Whig politics, and was elected a member of the Massachusetts House of Representatives in 1836, and of the State Senate in 1837. In 1851-1853 he was consul at Paris, where he remained until 1855. While in Paris he had several of his works translated into French. At the end of his consulship, he was presented with a commemorative medal. The two volumes on science provide an overview to geology, biology, botany, chemistry and physics. The two volumes on geology provide a more detailed look at, mineralogy, paleontology, volcanism, and earthquakes.