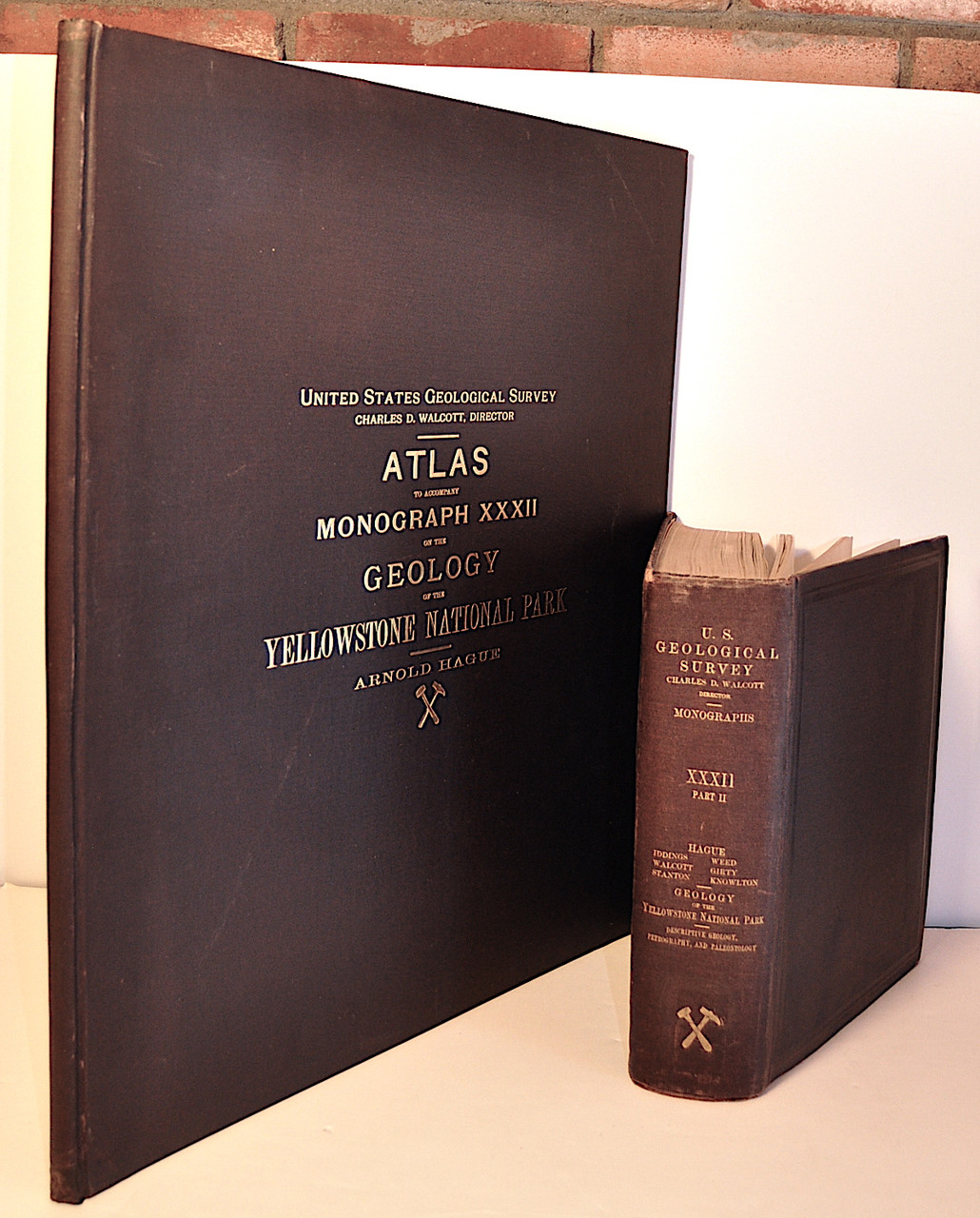 Both the text and atlas are in the original brown cloth with gilt titles and USGS stamped vignette. The text binding is tight with bright titles, minor scuffing to the boards. Early private owner’s stamp on front pastedown below an area where a previous book plate had been removed leaving a smudge mark. Over all the text and all plates are clean and bright. The atlas is in the original brown cloth with bright titles and is quite clean with all maps exceptionally bright and clean. Early small ownership stamp of Rochester Library on end sheet. Over all an exceptionally clean set in very good condition.

Arnold Hague (1840-1917) was an American geologist, mineralogist and chemist. Hague graduated from the Sheffield School at Yale University  in 1863. He then continued his studies in Germany at the universities of Gottingen and Heidelberg and at the Freiberg Mining Academy. Upon his return to the United States in 1867 he was appointed assistant geologist on the United States Geological Exploration of the 40th Parallel under Clarence King. The results of his studies of the Washoe District in Nevada and the Devonian rocks in the Great Basin were published in volumes of the 40th Parallel.
Upon the establishment of the USGS in 1879, Hague became one of its first geologists. In 1883 he was appointed the geologist in charge for the Yellowstone region and commenced studies of the geology, strata, volcanics, paleontology, hot springs and geysers of that region.
Hague's monograph and atlas are still viewed by geologists today as some of the most in-depth studies of Yellowstone to have ever been published.