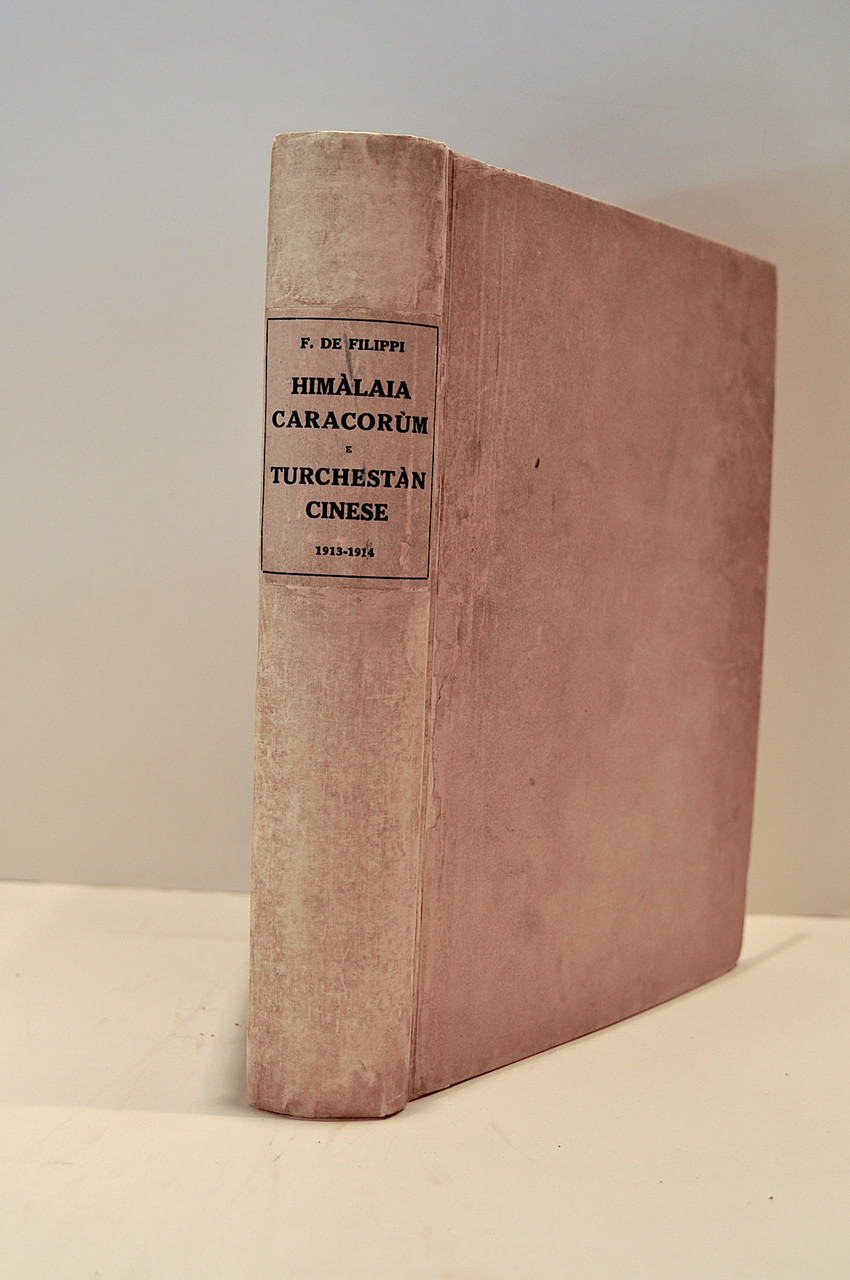 Product Description
De Filippi, Filippo;  Storia Della Spedizione Scientifica Italiana Nel Himalaia, Caracorum E Turchestan Cinese: (1913 - 1914).  Con Capitoli Aggiuntivi Di Giotto Dainelli E J. A. Spranger. Bologna,  D  Nicola Zanichelli 1924. Large quarto, pp. colored frontispiece, title in red/black, xiii, 2, 541, 2, numerous plates of views (some folded), maps, text figures and 8 folded maps and plates of views in rear folio pocket.
The work is complete and in the original tan binding with the original tan and black spine label. The binding is tight and clean, the text and all maps and plates are very clean and bright. zIn very good condition.
Filippo De Filippi (1869–1938) was an Italian medical doctor, scientist, mountaineer and explorer. He is best known as an Alpine mountaineer. In 1897 he joined the Duke of the Abruzzi in an expedition to Alaska where they were the first people to climb Mount Saint Elias on 31 July. Then, in 1903, he explored Asia, crossing the Caucasus and entering Turkestan.  In 1909 he again went with the Duke of the Abruzzi, this time in the Karakoram mountains, writing what is still considered the authoritative book describing the expedition. In 1913-1914, De Filippo organized and led a large and highly successful scientific expedition to Central Asia: Baltistan, Ladakh and Xinjiang. Accurate gravity and magnetic measurements were made and wireless signals were used to determine longitude. There were ethnological and anthropological, topographical and geological studies. The exploration determined that the Rimo Glacier formed the watershed of Cenrtal Asia. The above work in Italian describes the expedition to Karakoram and is complete with the suite of large, impressive folding panoramas of K2 and surrounding areas.