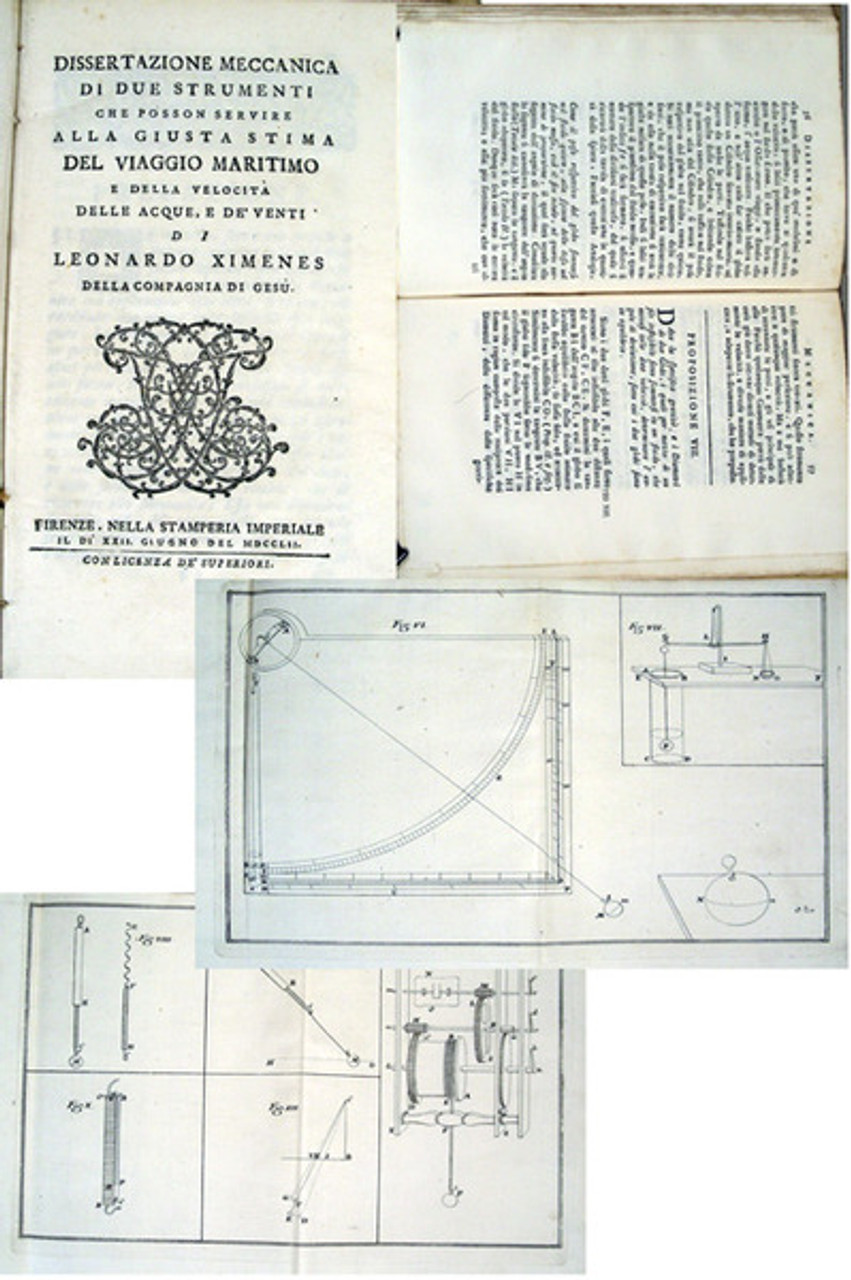 The work is complete and is quite rare. It is in the original vellum over boards with penned titles. The binding is tight and clean, the text and plates are very clean. In very good condition.

Leonardo Ximenes (1716-1786) was a famous Italian mathematician, engineer, astronomer and geographer from the Tuscany region. After attending a Jesuit school, he became a mathematician,  with an emphasis in hydraulic and civil engineering. He was also an eminently respected astronomer in his day. In 1756, he founded an astronomical observatory in Florence in the convent of San Giovannino. The astronomical observatory, Osservatorio Ximeniano, is named after him in recognition of his services to the field.  He wrote books on astronomy, hydraulics, geometry, physics, and mechanics. As an engineer, he supervised the drainage of two marshlands: the Tuscan Maremma and the Padule around Bientina and planned and directed the construction of the Strada Regia Pistoiese [Royal Pistoia Road] as well as bridges on the Lima and Sestaione rivers.?His above work is a dissertation on the use of two instruments he had invented that can be used to estimate the velocity of water in rivers and the velocity of the wind. He proposed that the information would help to determine the length of a voyage.