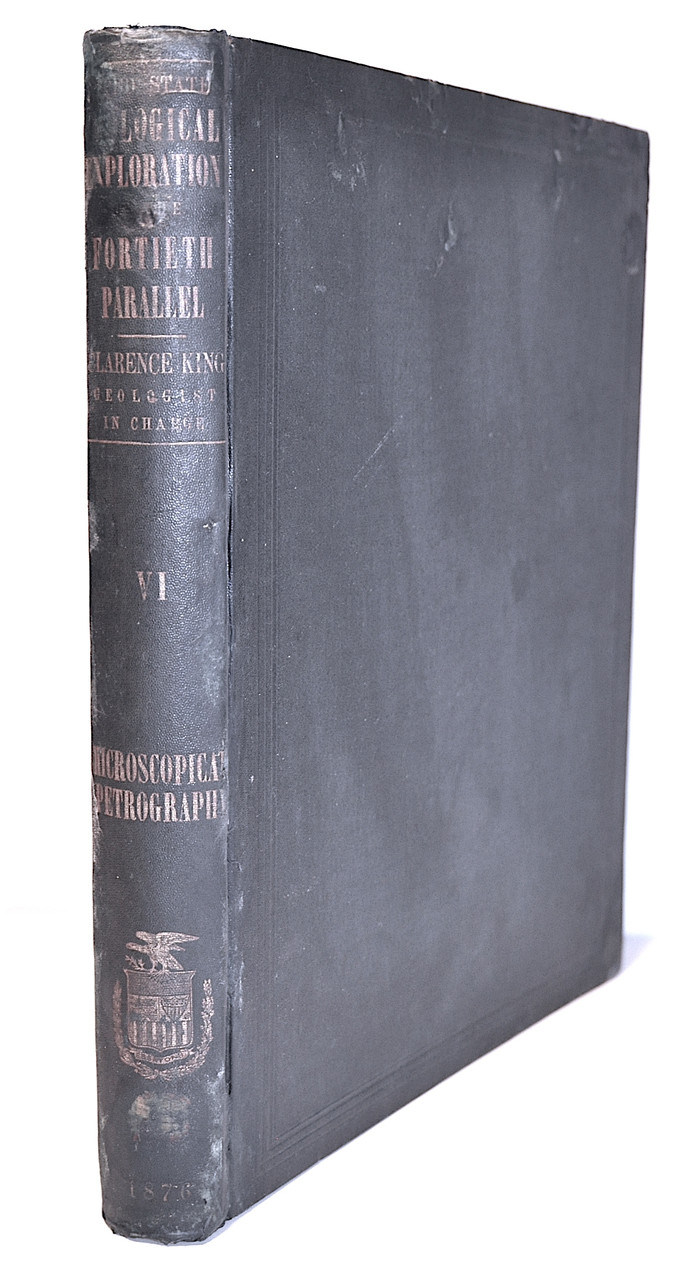 The volume is complete and in the original green cloth with gilt spine titles. The binding is tight with scuffing to boards and spine nicely restored, inner hinge re-enforced. Titles are lightly faded. The text and plates are very clean. Inscribed 11/11/1883 to J. Francis LeBaron from Major General. H. L. Wright, Chief of Engineers. LeBaron was the civil engineer on the Florida Ship Canal and Transit Company. Later stamp of prominent geophysicist and engineer Roland F. Beers (1899-1985) on end sheet. In very good condition.
Ferdinand Zirkel (1838-1912) was a prominent German geologist and mineralogist and a pioneer in microscopic petrography. He became a professor of mineralogy at Lemberg University in 1863 and in 1870 accepted the chair of mineralogy at the University of Leipzig. By 1873 he had written two standard textbooks on the microscopic study of minerals and rocks or petrography. This brought him to the attention of the prominent American geologist Samuel Emmons and Clarence King. King sent Emmons to Germany to study the mineral and ore collections in Germany, France and England, see if agreement could be reached on establishing a common nomenclature on European and American rocks, and to persuade Zirkel to come to the United States to write a report for the King Survey of the Fortieth Parallel. The microscope was to be used in writing the report. Zirkel accepted the offer and the results of his petrographic studies of rocks and ores collected on King’s survey was published as volume 6 of the survey. Before 1870 the microscope saw little use in the study of geology. Clarence King and Samuel Emmons recognized the value of the microscope and the results of Zirkel's study  of hundreds of rock specimens collected by the survey introduced microscopic petrography to America.