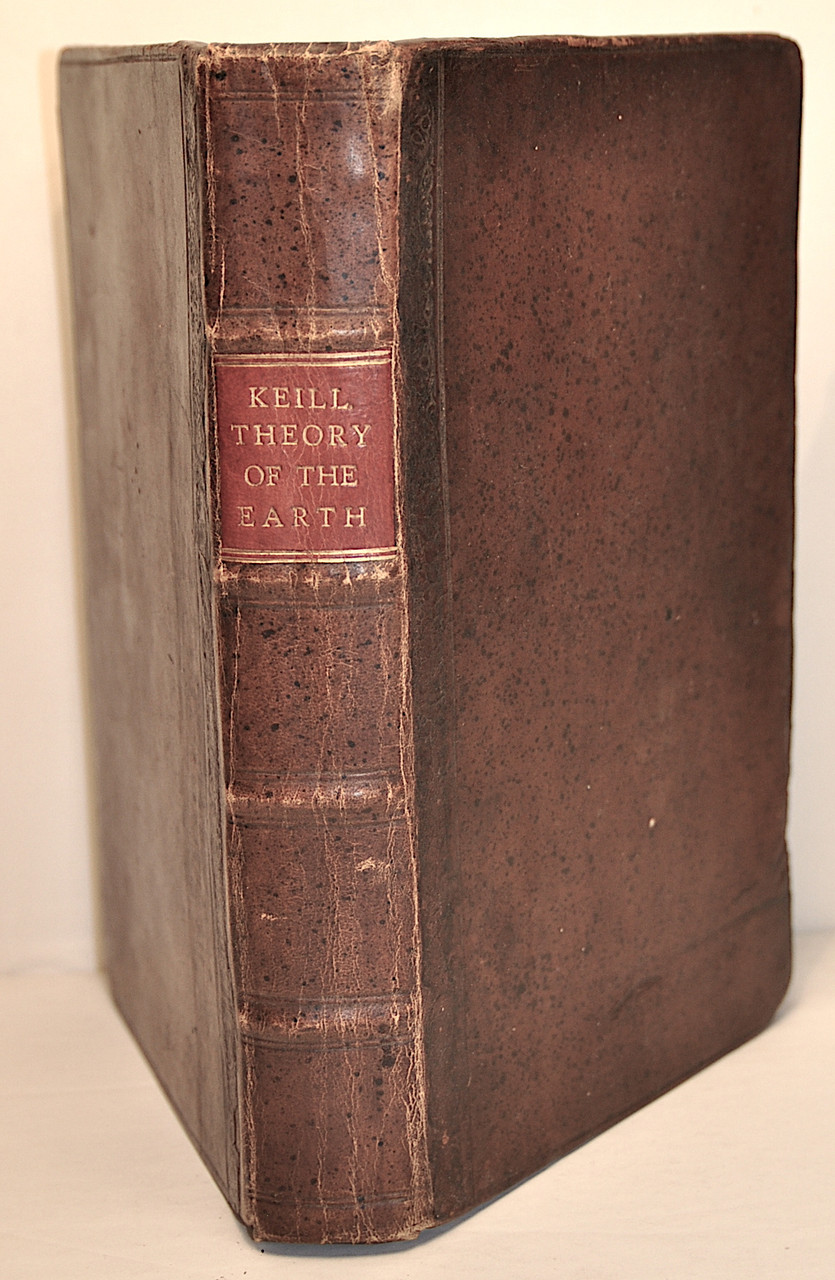 Keill, John; An Examination of Dr. Burnet’s Theory of the Earth. Oxford, Printed at the Theater, 1698 & An Examination of the Reflections on the Theory of the Earth together with a Defense of the Remarks on Mr. Whiston’s New Theory. Oxford, Printed at the Theater, 1699. Octavo, pp. 8, 224 text figures, 2nd title, pp. 207, text figures.

The work is complete and in the original calf with gilt titles. The binding is tight, light scuffing to the boards and spine edges, the titles are bright. Light foing to outer margins of some pages. In very good condition.

A Professor of Astronomy at Oxford; Keil (1671-1721) was also a High Churchman and throughout his scientific career held a very conservative theological view of the origins of the earth and heavens. However his beliefs did not prevent him from becoming a prominent astronomer, the Savilian Professor of Astronomy at Oxford and author of one of the best text works on astronomy of its day. He was one of the primary supporters of Newtonian mathematics who helped to establish Newton’s reputation in the face of the claims of Leibniz and others.
Keill was far more conservative in his theory of the formation of the Earth.
In his work “Theort of the  Earth”  Keill attacked Thomas Burnet for his Cartesian Sacred Theory of the Earth, and William Whiston for his own natural philosophical account of the Earth's early history. Keill accused Burnet of manifesting arrogance by proposing a systematic solution to such difficult problems and he pointed out that Newton had proved in his Principia that the vortices to which Descartes appealed were physically impossible. In his assault on Whiston, he singled out the latter's argument that a comet had given rise to Noah's flood and, in consequence, the oceans that we see today.