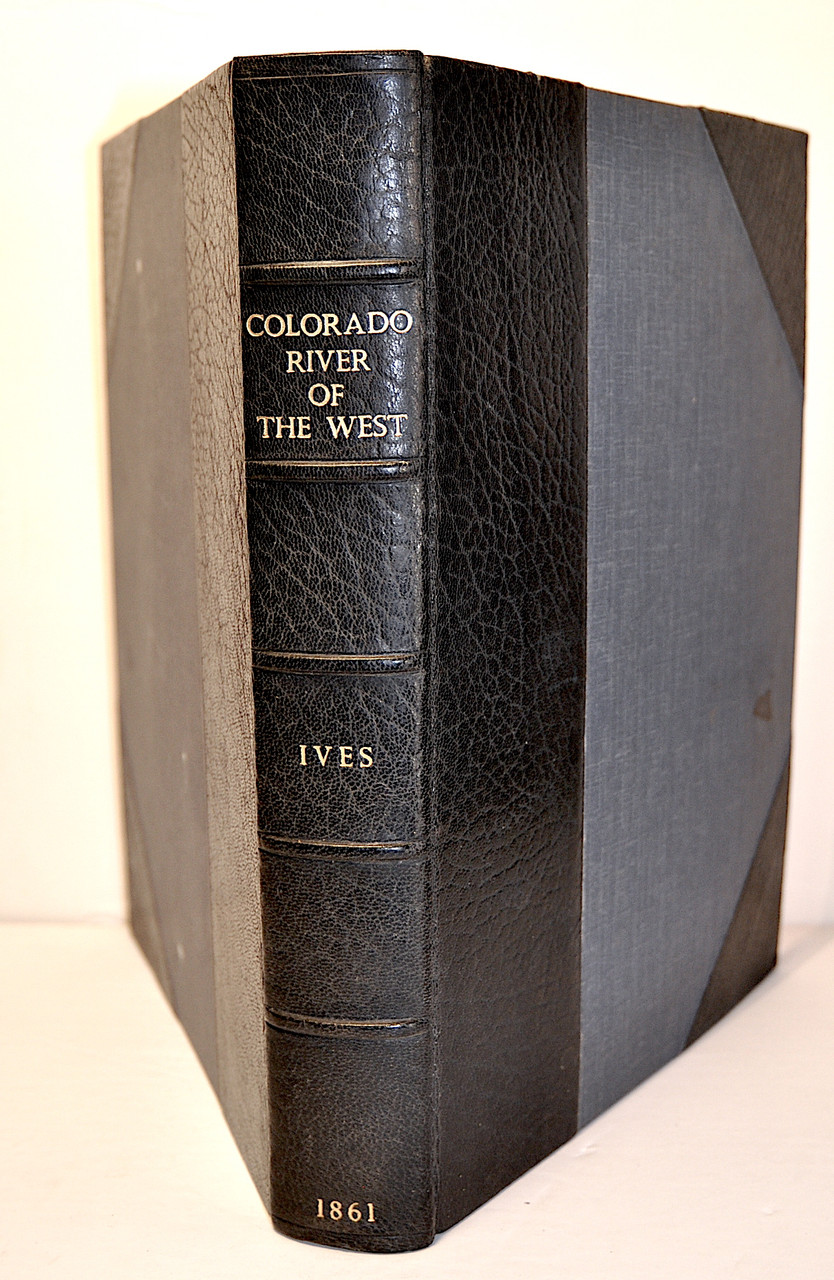 The work is complete and in a 20th century half calf and cloth with gilt spine titles. The binding is tight, a couple of minor ink drops on the cloth, titles are bright. The text and plates are clean and bright, minor toning to the outer edges of some pages. The four maps are very clean, a short tear to the inner edge of two maps repaired with clear archival tape on verso. Over all in very good condition with all four maps present.


Joseph Christmas Ives (1828-1868), is best remembered for two accomplishments. He was the engineer and architect of the Washington Monument (1859-1860) and led the successful expedition up the Colorado River. Ives's expedition included the prominent paleontologist and naturalist John Strong Newberry, Heinrich Balduin Möllhausen as artist and diarist, and F. W. Egloffstein as topographer. Ives purchased a steamboat in Philadelphia. The vessel was taken apart and shipped via the Isthmus of Panama to California and thence to the mouth of the Colorado River, where Ives and the members of his expedition rendezvoused late in 1857. Ives and his men reassembled the steamboat and christened it the Explorer.The results were published in this work which includes separately numbered parts: Geological Report. By Dr. John Strong Newberry. Botany by Professors Asa Gray, John Torrey [et al.]; Zoology. By Professor Spencer Fullerton Baird; and Appendices. John Strong Newberry, who was the naturalist on Ives' expedition up the Colorado River, wrote Part III of this Report, which deals with the Geology and Paleontology of the regions they explored. Ives' party were among the first white men to visit the floor of the Grand Canyon, and upon their return, it was Newberry who realized the canyon's geological significance and encouraged further exploration.