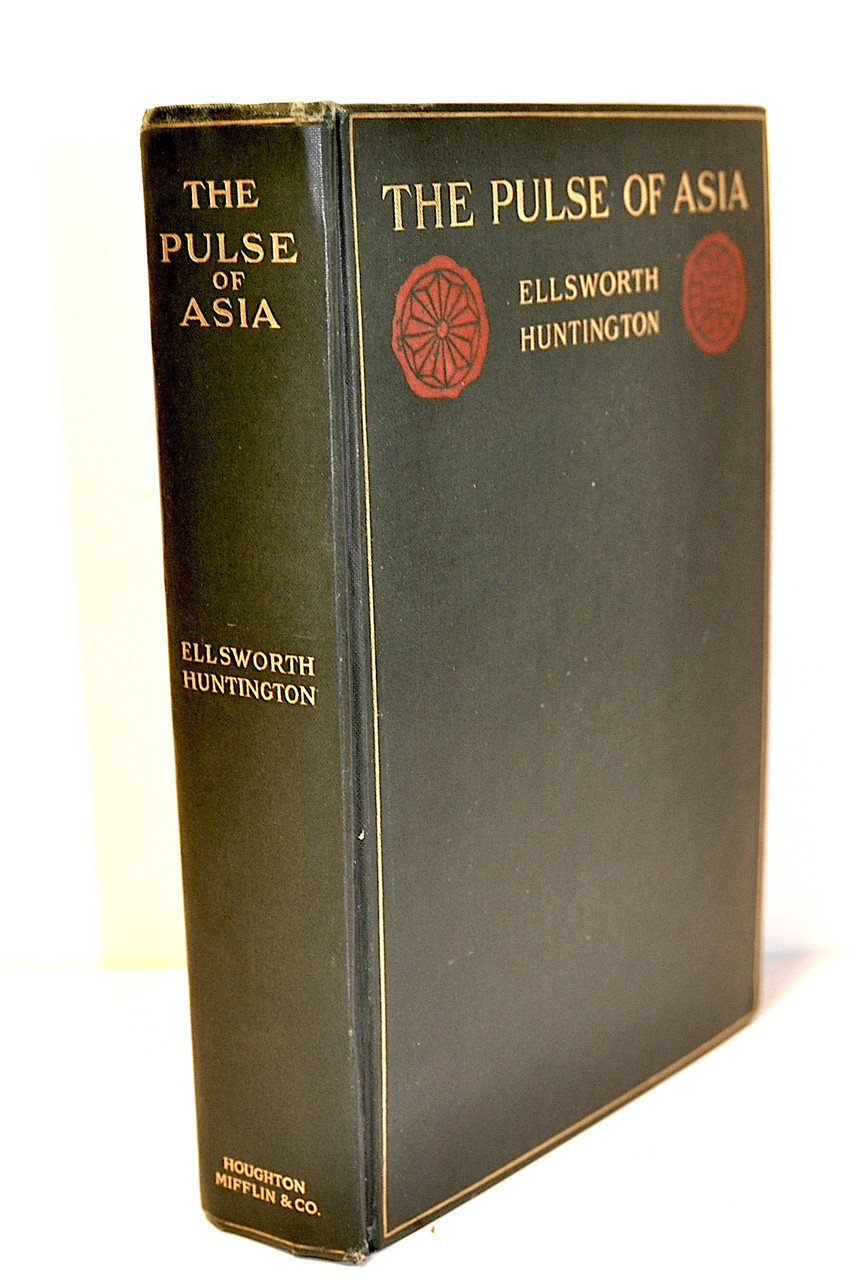 Product Description
Huntington, Ellsworth; The Pulse of Asia: A journey in Central Asia Illustrating the Geographic Basis of History. Boston & New York, Houghton, Mifflin & Co., 1907. Quarto, pp. xxi, 1, 415, frontispiece, 87 maps, plates, illustrations.
The work is complete and in the original green cloth with gilt cover and spine titles, gilt ruled border, and red vignettes on cover, gilt top text block edge. The binding is tight and very clean, text is near fine. In near fine condition.
Ellsworth Huntington (1876-1947) was an American geographer and Professor of geography at Yale University. He is best known for his studies on the influence of climate on civilization. As an instructor at Euphrates College, Harput, Turkey (1897–1901), Huntington explored the canyons of the Euphrates River in Turkey in 1901 traveled through central Asia between 1903 and 1906. He described these travels in the book ’The Pulse of Asia published in 1907. He taught at Yale University from 1907 to 1917, when he became a research associate in geography and then led the Yale expedition to Palestine and Asia in 1909. As a research associate of the Carnegie Institution, Washington, D.C. from 1910 to 1913, he made climatic investigations of the United States, Mexico, and Central America. His work chiefly concerned the relation of climate to land forms, geological and historical changes, human activities, and the distribution of civilizations. These researches were published in several works.

Barrera, Madame de (Anita de); Gems and Jewels their History, Geography, Chemistry and Ana. From the Earliest Ages Down to the Present Time…London 1860