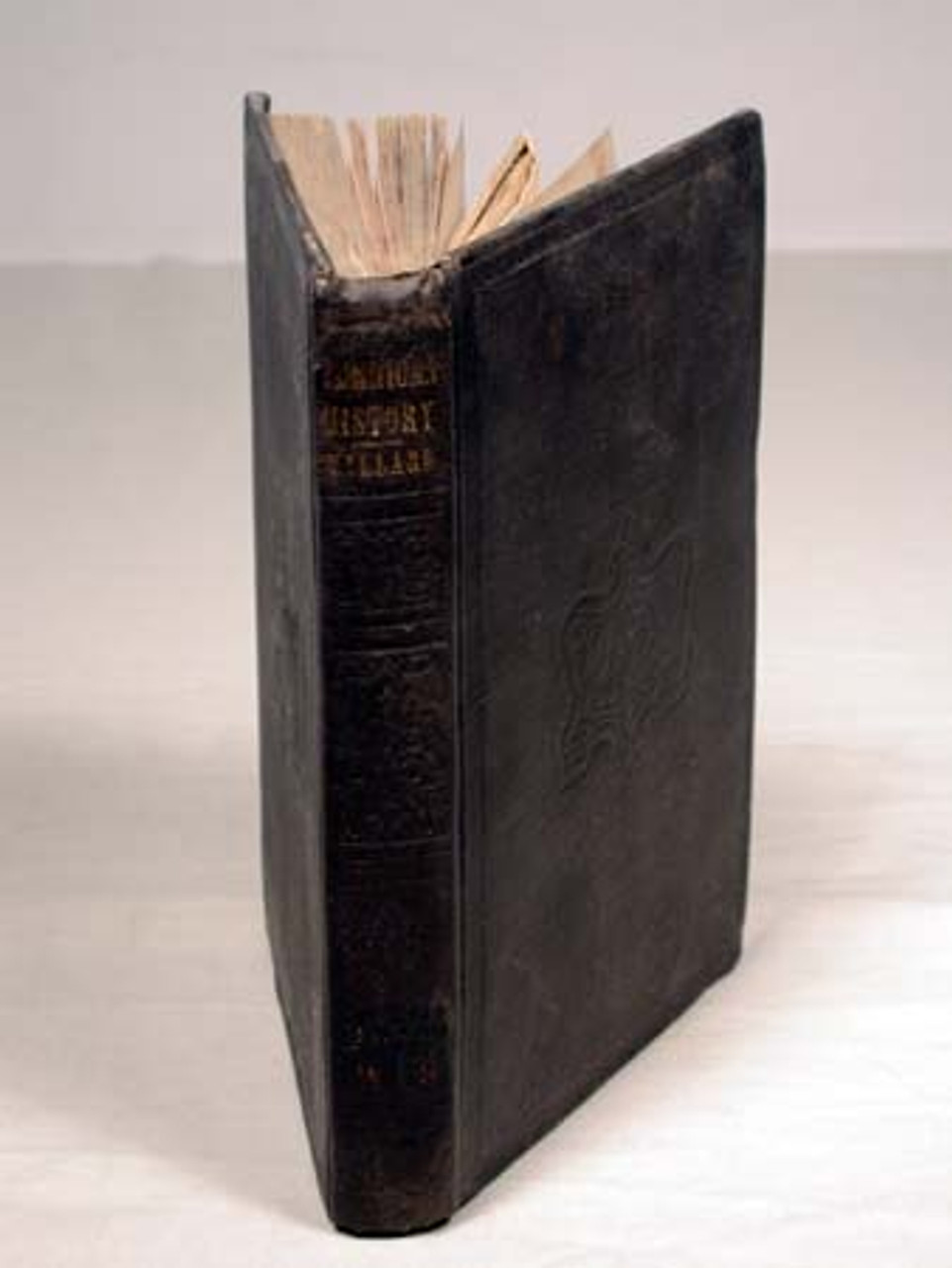 In original brown cloth binding, some edge wear to boards. Damp stain to first third of text and foxing to remainder of text. Toning to map and tear across map repaired on verso. A fair copy.

Emma Willard was an historian and early advocate for woman's rights through the improvement of their education both in America and abroad. She founded the Troy (NY) Female Seminary which later became the Emma Willard School. In addition to the above work Willard authored a number of works on the history of America. Her "Last Leaves" is supplemented by Colton's 1849 map titled "Map of the United States & Mexico showing the various land and water routes from the Atlantic Cities to California." The map was prepared for Willard's work as well as DeWitt & Davenport's classic work "Gold Regions of California" published the same year. The maps were identical in size (21 x 12 7/8) and printed at Ackerman's in New York. The map is of major historical significance. It is the last published map to show the region designated as "Upper California" and the territory of Mexico extending northward above its present boundary. The book is in two parts. In part one Willard presents a concise history of the events leading up to the war with Mexico and then a history of the war. Part two is a history of California from its discovery, to the peace treaty by which California passed from Mexico to the United States.