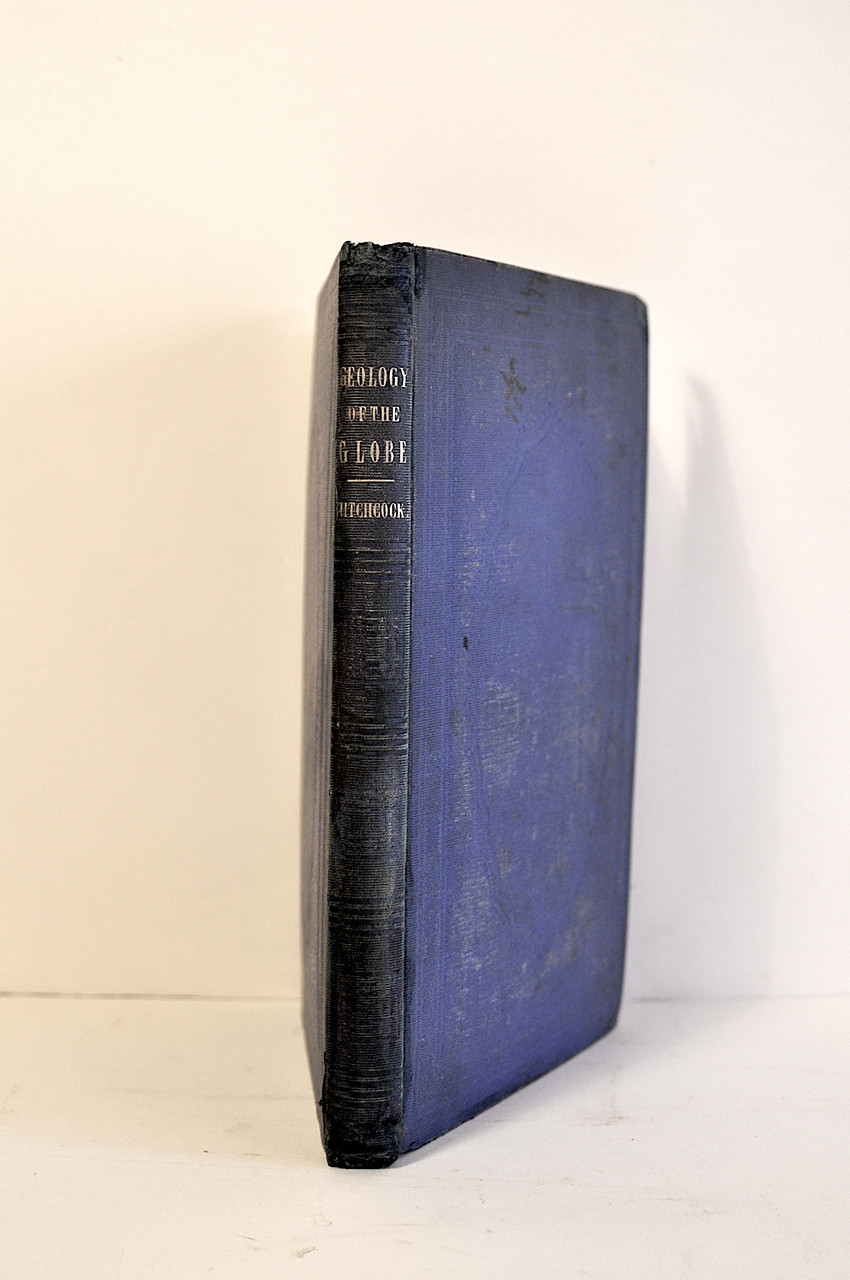 Product Description
Hitchcock, Edward; Outline of the Geology of the Globe, and of the United States in Particular: with Two Geological Maps and Sketches of Characteristic American Fossils. Boston, Phillips, Sampson & Co., 1853. Octavo, pp. 136, 6 plates of fossils, 2 folded hand colored maps. (geological map of the United States and Geological Map of the Globe.
The work is complete and in the original purple stamped cloth with gilt spine titles. The binding is tight, titles are bright and sharp, light scuffing and light soiling to boards. The text, plates and maps are clean and bright, some original mis-folds to maps but maps clean and bright  In very good condition.
Edward Hitchcock (1793-1864) was an American geologist and the third President of Amherst College (1845–1854).  He was Professor of Chemistry and Natural History at Amherst College. from 1825 to 1845, serving as Professor o Natural Theology and Geology from 1845 until his death in 1864. He is credited with developing the college's scientific resources and establishing its reputation for scientific teaching. He also was in charge of the first geological survey of Massachusetts, and in 1830 was appointed state geologist of Massachusetts, a position he held the post until 1844. He also played a role in the geological surveys of New York and Vermont. He discovered some of the first fossil fishes in the United States and published papers on fossil foot tracks in the Connecticut Valley. Hitchcock also wrote text books on geology. His classic “Geology of the Globe” provides a broad overview of the Earth’s geology and paleontology and a more detailed view of the geology of the United States. The two maps are beautiful.