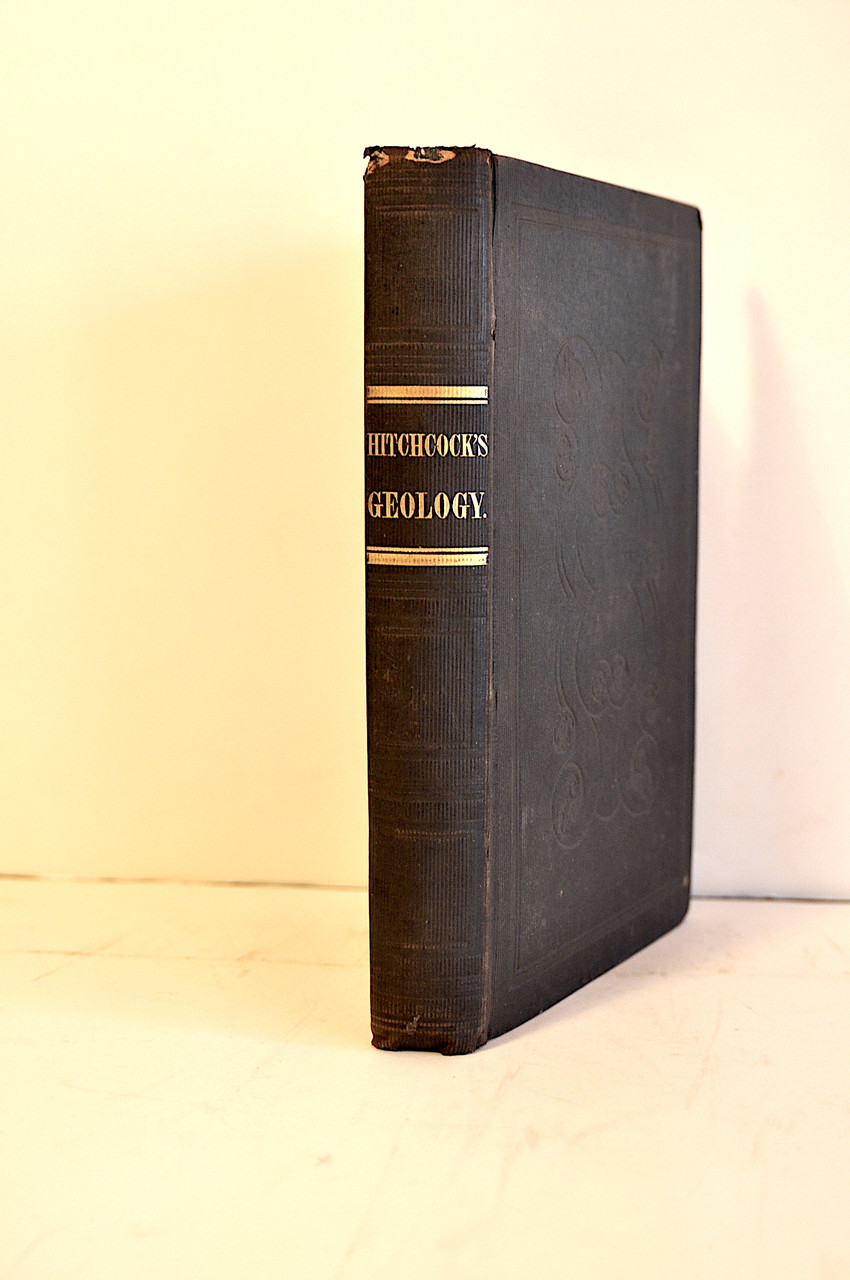 Product Description
Hitchcock, Edward; Elementary Geology. Amherst, J. S. & C. Adams, 1840. Octavo, pp. viii, 329, folded hand colored frontispiece, folded hand colored plate at rear, 109 text figures.
The work is complete and in the original brown stamped cloth with gilt spine titles. The binding is clean, titles are bright and sharp, very minor wear to top spine edge, text is clean and bright with only very light foxing to folded frontispiece. Faint contemporary signature on first free end sheet. In very good condition.
Edward Hitchcock (1793-1864) was an American geologist and the third President of Amherst College (1845–1854).  He was Professor of Chemistry and Natural History at Amherst College. from 1825 to 1845, serving as Professor of Natural Theology and Geology from 1845 until his death in 1864. He is credited with developing the college's scientific resources and establishing its reputation for scientific teaching. He also was in charge of the first geological survey of Massachusetts, and in 1830 was appointed state geologist of Massachusetts, a position he held the post until 1844. He also played a role in the geological surveys of New York and Vermont. He discovered some of the first fossil fishes in the United States and published papers on fossil foot tracks in the Connecticut Valley, Hitchcock also wrote text books on geology. His 1840  "Elementary Geology" is the first edition of Hitchcock’s classic geology text. He inserted a paleontological chart as a frontispiece in this work. It shows a branching diagram of the plant and animal kingdom against a geological background and Hitchcock referred to it as a “tree of life". This tree of life is the earliest known version that incorporates paleontological and geological information. Hitchcock was an advocate of gap-creationism. Hitchcock saw God as the agent of change. He explicitly rejected evolution and a religious six-day creation. He perceived that new species were introduced by a Deity at the right time in the history of the earth. The chart is present in all editions between 1840 and 1859.