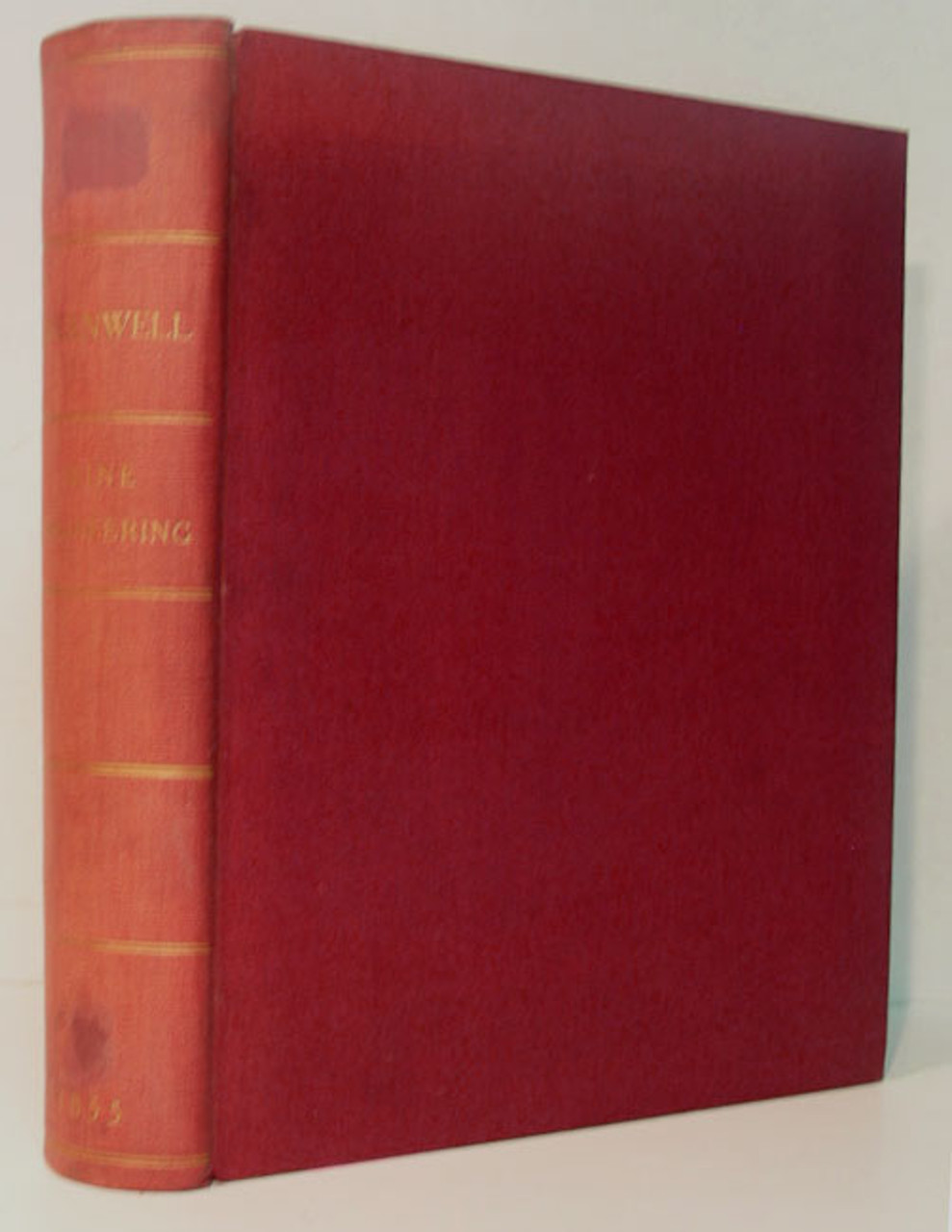 Bound in 20th century linen with gilt titles. X-lib. (Upsala College) with call number smudge mark on spine and small stamp on end sheet. Text and plates are clean with very light toning to some plates. In very good condition.

Greenwell; (1821-1900) a prominent English mining engineer and geologist. In 1852 Greenwell was one of the founders of the North of England Institute of Mining and Mechanical Engineers. After active participation in that organization including sitting on the first council, being Vice-President and from 1879-1881 President, he became an honorary member of the Institute in 1889. He was also an active member of the Institute of Civil Engineers, a Fellow of the Geological Society of London and a member of the Manchester Geological Society.

Greenwell devoted much of his life to the mining industry. From 1838 to 1842 was apprenticed at the Haswell Colliery but soon started to assume higher responsibilities at other mines. In 1854 he assumed the management of mines at Radstock in Somerset and from 1863 at Poynton and Worth in Cheshire. In 1876 he moved back to the North East of England and practiced as a consulting engineer.

Rare Mineralogy Books: Varley, Devalle; Rudimentary Treatise on Mineralogy; for the use of Beginners, 1849.

Gibson, Robert; A Treatise of Practical Surveying; which is Demonstrated from its First Principles. 1st American ed., 1796

Langworthy, Franklin; Scenery of the Plains, Mountains, and Mines: or a Diary kept upon the Overland Route to California, by Way of the Great Salt Lake: Travels in the Cities, Mines..1855