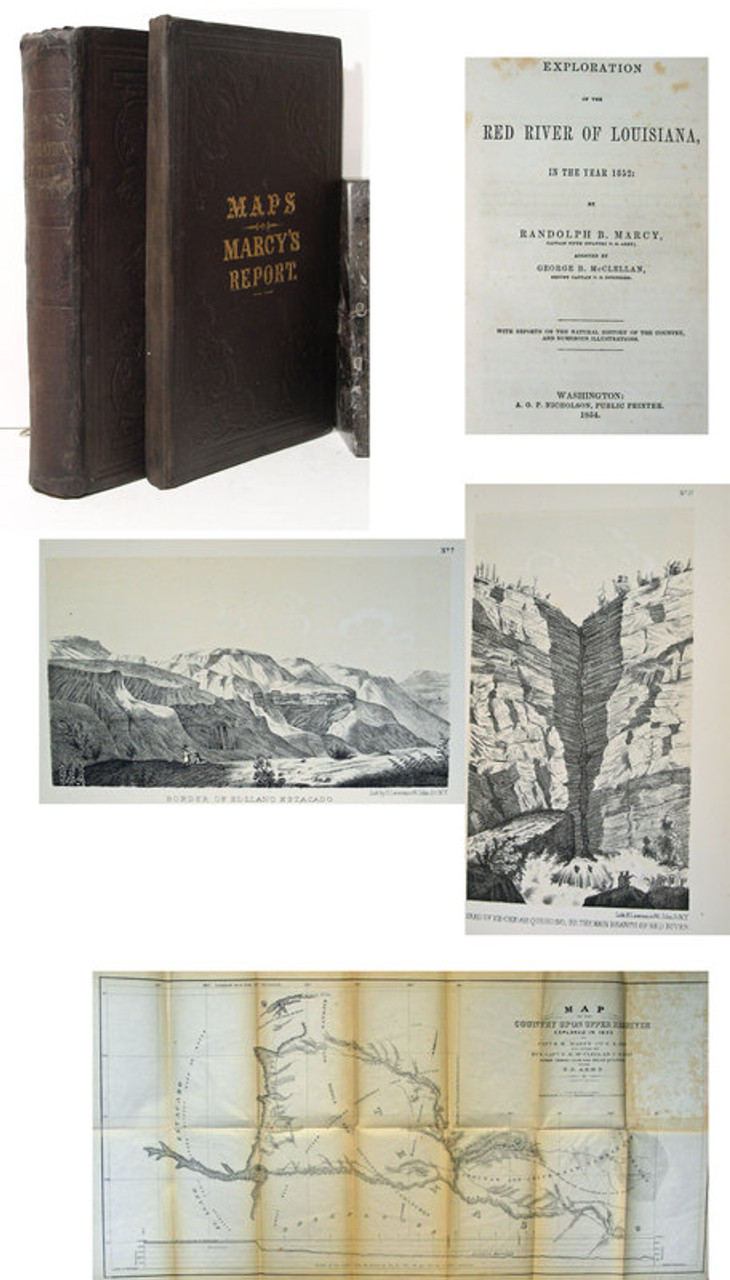 The set is complete and in the original brown cloth with gilt titles. The bindings are tight with minor archival restoration at edges of spine. Toning to end sheets of text with light foxing to contents which is common with the work. Early ownership book plate on paste down. The  two large folded maps have been re-backed with Japanese tissue on verso of folds. The maps are clean with light toning at folds. Over all a very good set with both maps present.

A career Army officer; Marcy (1812-1887) made pioneering studies of the geology, topography and geography of the region from Oklahoma to New Mexico and Southern Colorado. His observations included the discovery of the source of the Red River. His above work was the culmination of his surveys of present day Oklahoma, Texas, New Mexico and Arkansas. The work contains an abundance of original observations on the geology, paleontology, geography, botany and ethnology of the region. The major part of this work is the important atlas which contains Marcy's "Map of the Country between the Frontiers of Arkansas and New Mexico embracing the section explored in 1849, 50, 51 & 52". The map is 591/2 by 273/8 inches in size. This important cornerstone to western topographic studies extends from the Mississippi River on the east, to the Colorado River on the west and from the Arkansas River on the north to latitude 30 degrees on the south. North of the Gila River and east of the Colorado is a large area marked "unexplored".