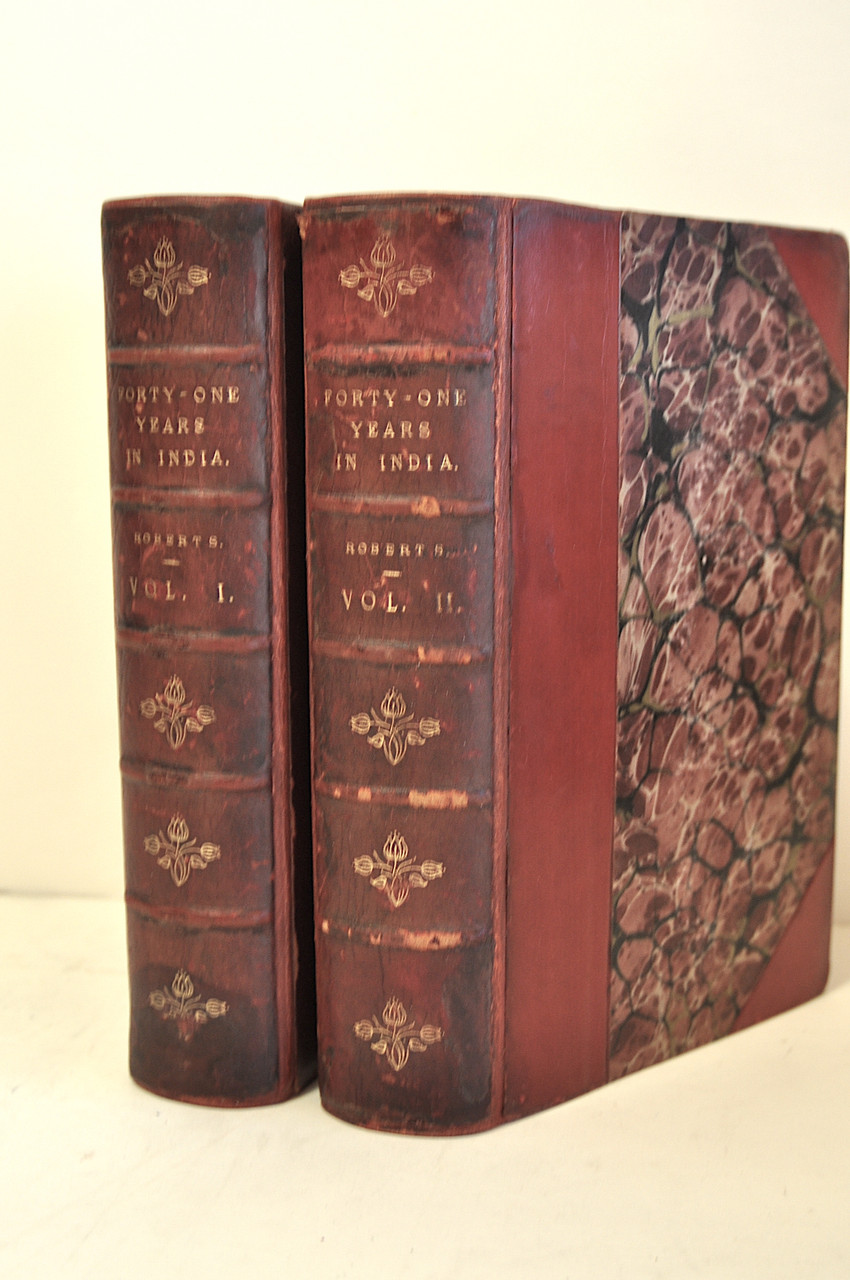 Field Marshal Frederick Sleigh Roberts, 1st Earl Roberts (1832-1914) was a career British officer and also the last Commander-in-Chief of the Forces of the British Army before the post was abolished in 1904. Roberts is considered to be one of the most successful British commanders of the 19th century and made his reputation in India and South Africa.  He entered into the military as a Second Lieutenant in the East India Company Army in December, 1851.   and participated in the Indian Rebellion of 1857, the Second Anglo-Afghan War (1878-1880), and the Second Boer War (1899-1902). Roberts is also known for a speech he made on October 22, 1912 that warned of a looming threat and war with Germany.  Roberts died in St. Omer, France after he was diagnosed with pneumonia while visiting with Indian troops in the early days of World War I. After returning from India, Roberts compiled his memoirs: "Forty-one Years in India". The work was an immediate success and went through several printings in the first year. The work remains a very useful historical source. Roberts was considered  a fine field commander who was bold and decisive in any given tactical situation. His two volume work presents an excellent narrative of his time in India and provides historically accurate details on the 1857 Indian Rebellion.

Bakewell, Robert; Travels, comprising observations made during a residence in the Tarentaise, and various parts of the Grecian and Pennine Alps and in Switzerland and Auvergne in the years 1820, 1821, and 1822.