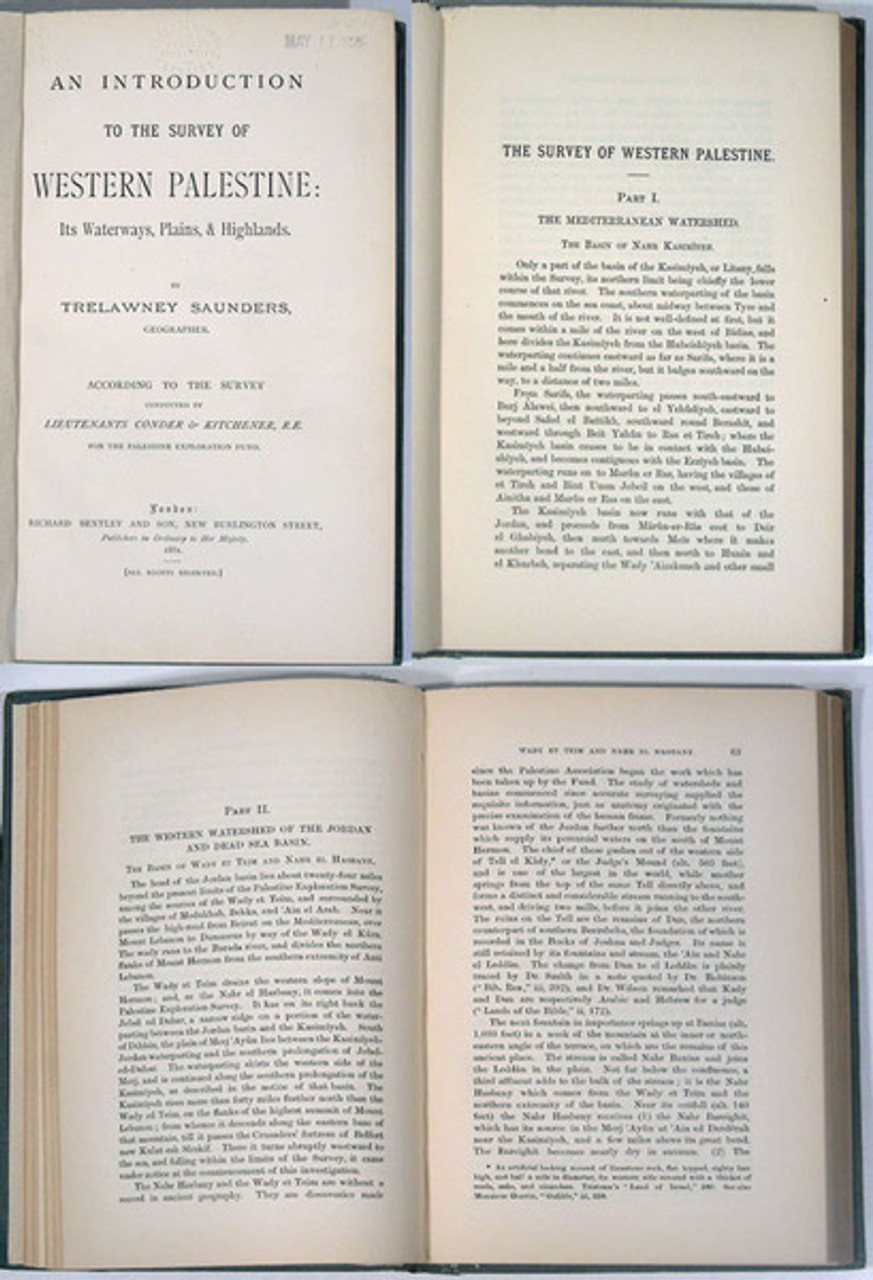 Saunders, Trelawney; An Introduction to the Survey of Western Palestine: Its Water-ways, Plains & Highlands. According to the Survey Conducted By Lieutenants Conder & Kitchener. London, Richard Bentley, 1881. Octavo, pp. xiv, 268.

The volume is complete and in the original light green cloth with gilt titles. The binding has been re-cased with later end sheets and is tight and clean. X-lib. with small embossed stamp of Harvard College and rubber withdrawal stamp verso of title page. Text is very clean and bright. In very good condition.

A British geographer and cartographer, Saunders (1821-1910) was a map and chart seller in London until 1852 when his company was dissolved and ownership turned over to Edward Stanfords. Saunders was a long standing member and officer of the Royal Geographical Society. He was curator and archivist of collections of maps and charts and edited the production of numerous maps. Saunders had a keen interest in Biblical geography and produced several maps on the subject. His interest was focused primarily on the history and geography of Palestine. This led to the publication of “An Introduction to the Survey of Western Palestine: Its Water-ways, Plains & Highlands” which was issued by the Palestine Exploration Fund in 1881. The text was intended as an introduction and explanation to a large map in 26 sheets which was published separately. The portion of the survey of Palestine discussed here is bounded by the Nahr el Kasimiyeh or Litany River on the North, and by the Wady es Seba on the South; with the Jordan and Dead Sea on the east, and the Mediterranean Coast on the west.