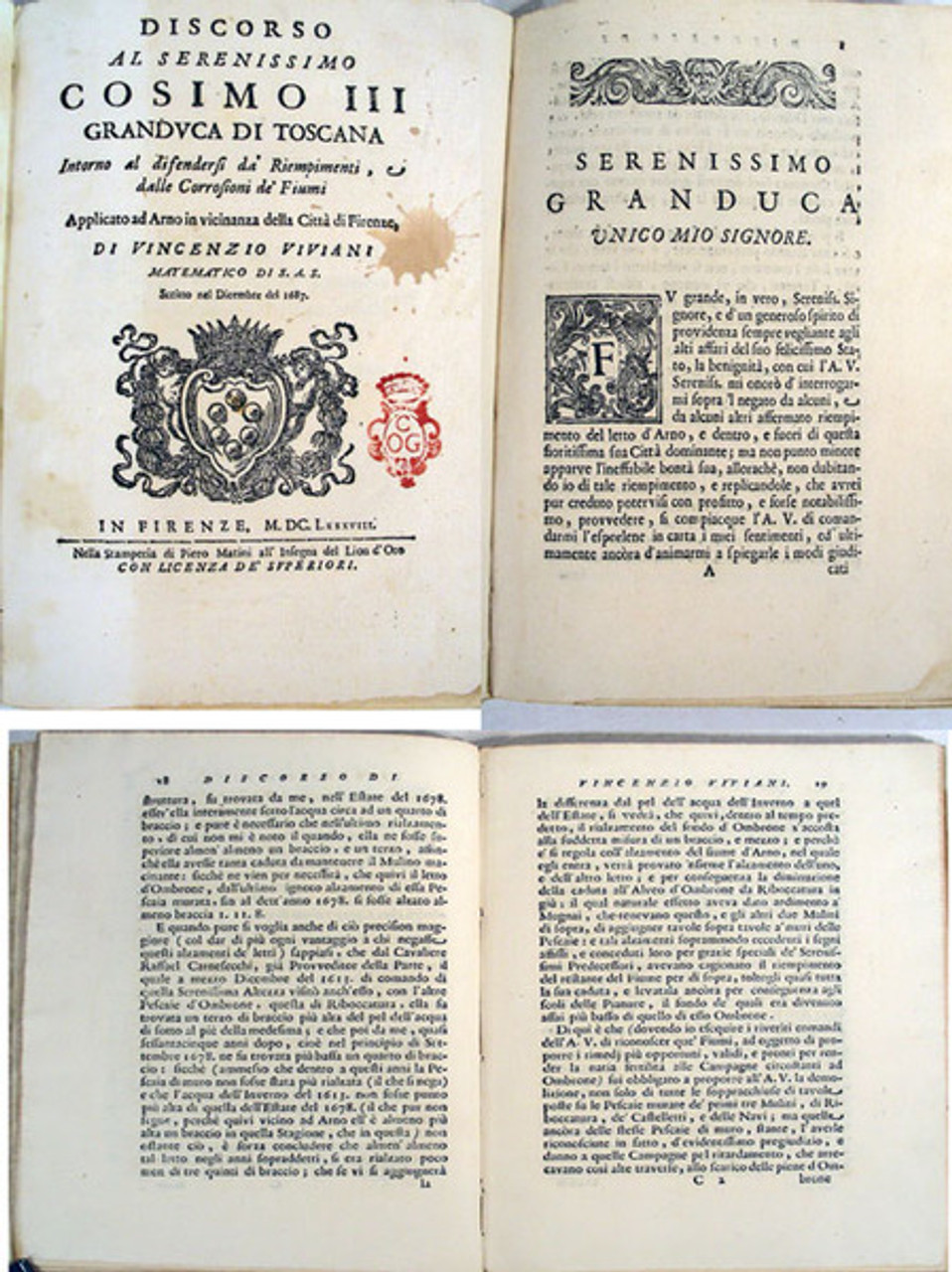 The work is complete and bound in a period vellum over boards with gilt titles. The binding is tight and clean, small coffee drip on title page and small private ownership stamp on title page, text is very clean with a few early penned notations in margin. Owners book plate on paste down. A very good copy.

Viviani (1622-1703) was an Italian engineer and mathematician and wrote several important works on mathematics and astronomy. He was a pupil of Torricelli working on physics and geometry and in 1639 he also became an assistant to Galileo, edited his collected works and became a staunch disciple of Galileo. Viviani was also one of the first members of the Grand Duke Ferdinand II’s experimental academy, the Accademia del Cimento, when it was created in 1657. Fearful of losing Viviani to the job offers from other countries, the Grand Duke appointed him court mathematician in 1666. Viviani accepted this post.
Despite the persecution of Galileo by the Catholic Church, Viviani remained a disciple of Galileo throughout his life. In 1737 the Church allowed Galileo to be reburied in a grave with an elaborate monument. The monument was constructed with the help of funds bequeathed by Viviani for that specific purpose. Viviani's own remains were moved to Galileo's new grave as well.?Viviani’s “Discorso” is rare and is his only published work on engineering. He was appointed chief engineer of the Office of River Control by Cosimo III, for the purpose of preparing a proposal for preventing the Arno river from further silting up and flooding. Viviani’s treatise gives an interesting description of various hydraulic and engineering techniques. He calls for the construction of run-off channels, weirs, and retaining walls. He spends a good portion of his treatise on the discussion of different building materials, and advocates the use of relatively expensive woods such as oak and chestnut, arguing that, in the long run, they are more durable and ultimately cheaper. In his introduction Viviani outlines the consequences of the rising of the riverbed for the agriculture of the Florentine countryside and the economy of the city.