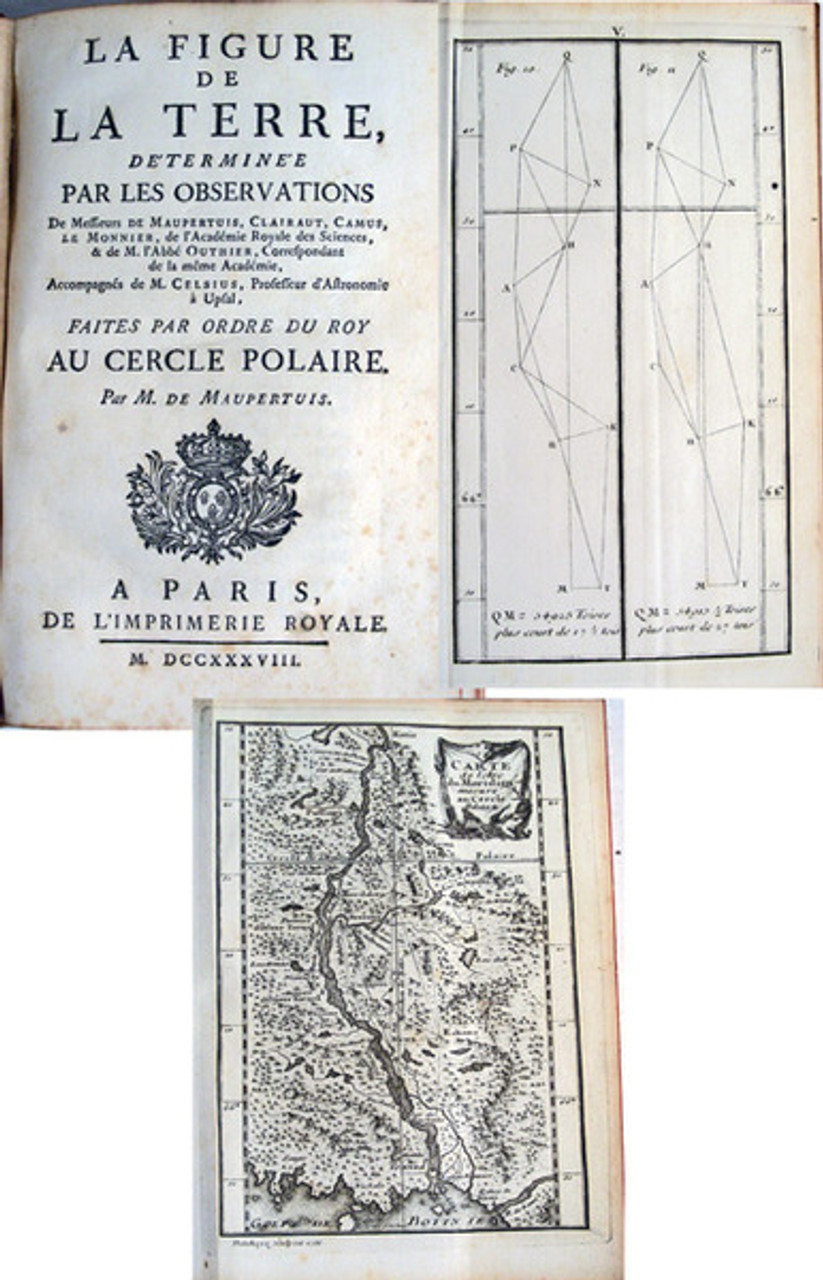 The work is complete and in a contemporary calf with gilt spine titles and panels, marbled end sheets and tinted text block edges. The binding is tight with minor scuffing at spine edges, the text and plates are clean with minor light toning to margins, minor repair to outer hinge margin. From the library of noted British astronomer and mathematician John Couch Adams (1819-1892) with his book plate. Adams was President of the Astronomical Society, Cambridge University Professor, and discovered Neptune. In very good condition.

Maupertuis, 1698-1759) was a French mathematician. He was a staunch backer of Newtonian mechanics and the author of the first unequivocal Newtonian text, Discours sur les Differentes Figures des Astres, published in 1732. In 1736 At this time a debate was raging amongst scientists regarding a “flattened earth” or an “elongated earth”. Newton predicted a flattened sphere. In order to settle the debate, the Academie Royale sent out two expeditions in 1736, one to Peru, led by Condamine, and the other to Lapland led by Maupertuis to measure the length of a degree of longitude. When the two measurements were compared it was shown that the earth was flattened at the poles, an oblate spheroid as predicted by Newton. This is a very good association copy of the 1st edition.