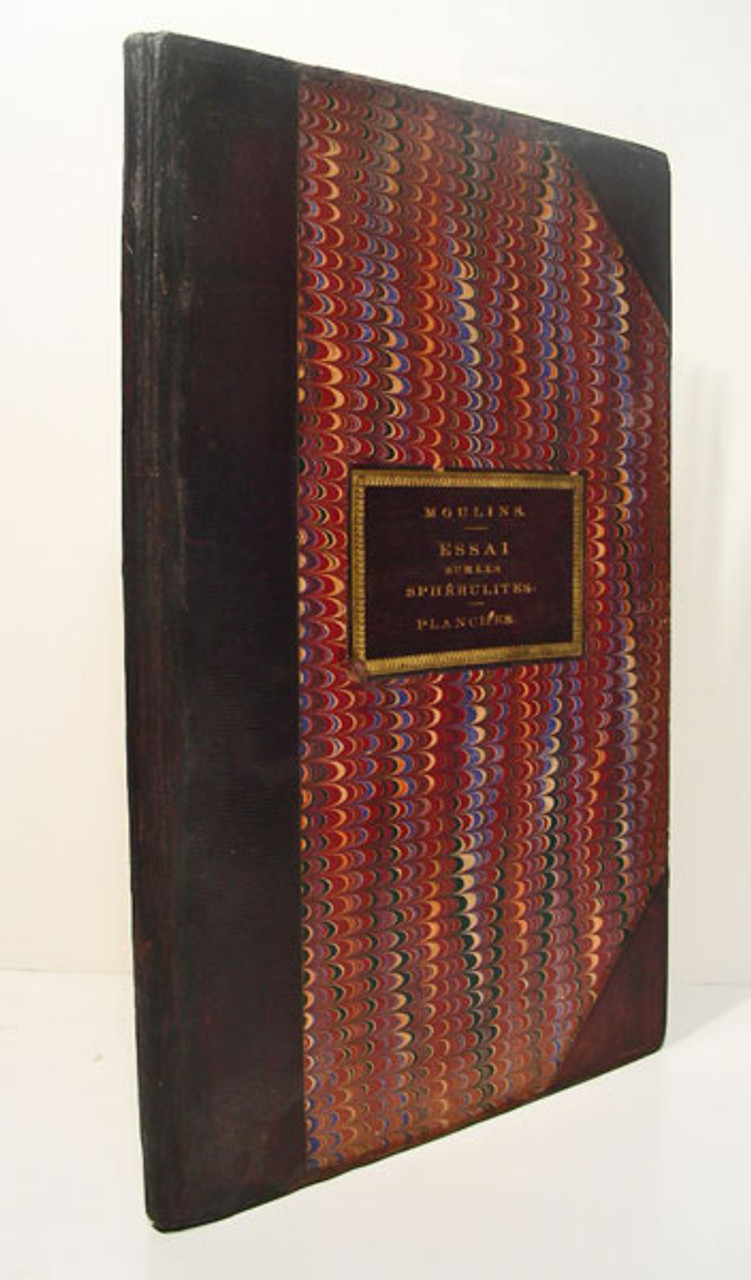 This rare atlas is complete and in a contemporary calf over marbled boards with gilt cover titles. Spine margins restored, owners book plate on paste down, inscribed by author on upper inner margin of title cover, light soiling to outer margin of plate 1, remaining plates bright and clean. In very good condition.

Charles des Moulins (1797-1875) was a French naturalist and malacologist. He was President of the Societie Linneene de Bordeaux. He named and described numerous species of snails and a number of species of mollusks are named in his honor. These species included both fossil and recent and included bivalves and gastropods. Moulins is also noted for the earliest known mention of keeping aquatic life alive in artificial containers, i.e. aquariums. It was in the Bulletin of the  Societie Linneene de Bordeaux that Moulins published his beautifully illustrated work "Essai sur les sphérulites". The plates were issued folded as part of the bulletin and a limited number were issued separately in a folio form.